It’s hard to to imagine when Franco found energy to devote to her writing amidst her daily and nightly engagements. To be a courtesan in 16th Century Italy meant you were as charming and intelligent as you were beautiful. A true Renaissance woman, Franco, like other courtesans, attracted suitors through the art of conversation, music, dance, and painting. It was, in fact, this distinction that made Franco a Cortigiana Honesta, or “Honest Courtesan.”

Venice was very careful to make class distinctions when it came to profession of prostitution. Just as there was a distinction between the merchant and the peddler, so was there a distinction between the Courtesan and the prostitute. A prostitute was considered a woman of low class, unsuitable for the company of the aristocratic families. However, a Courtesan was considered an escort—the intellectual and sexual counterparts of the aristocratic men. A prostitute was found roaming the thoroughfare, while the Courtesan lounged in the foyer of Venetian palaces. Franco herself was rumored to have many talents, including but not limited to playing the lute, playing the spinet, reciting poetry, writing her own poetry, and painting.

Typically held at arms length from participating in the Renaissance arts, very few women were privy to education, reading, and writing. However, as the only daughter in a family of three sons, Franco took advantage of her brothers’ tutors to become educated in Italian culture, Greek literature and Roman history. Weaving iconic Greek images, Italian parables, and classic literary tropes, Terza Rima is an incredibly complex delivery of high education unseen among women and men of her status and time.

In addition to her fearless expression of female sexuality, this Honest Courtesan used her financial and intellectual resources to educate other women of her station. Despite her complex admixture of altruism and egotism, Franco’s success did not last more than a decade when she was forced to flee from the city to escape the plague outbreak.

Upon return to her native city in 1577, Franco was forced to publicly defend herself against an “Inquisition of Witchcraft.”

Although she was exonerated, she lost her fortune and died in relative poverty.

Further Reading: The movie Dangerous Beauty is based on Margaret Rosenthal’s book about Franco, The Honest Courtesan. For online reasources, check out Venus in Venice.

Franco was a woman way before her time, however, she has helped pave the way for present day women. The world needs more women like Franco, there is no other way for us to advance and take hold of new opportunities with all of these boundaries set by society.

It is even more remarkable that Franco was educated and able to produce art in different mediums. It can be hard in present day to be truly educated and society tries to funnel women into different paths. Decades ago it was unheard of a woman doctor and now it is becoming more and more common. Women have always been placed in poorer paying jobs and not allowed to let their talents be seen by the world.

For me, Franco is an inspiration. There are many setbacks that threaten to hold women back. Instead, we need to stand together and take back our freedom. If that be with a sexual revolution or just speaking our mind in public, we need to do something to let our mediums be heard and seen within all sorts of media. If we don't do this, then our voices will be left unheard.

Not much to add, just wanted to share this quote of Franco's that I have admired since I first saw it:

"When we too are armed and trained, we can convince men that we have hands, feet, and a heart like yours; and although we may be delicate and soft, some men who are delicate are also strong; and others, coarse and harsh, are cowards. Women have not yet realized this, for if they should decide to do so, they would be able to fight you until death; and to prove that I speak the truth, amongst so many women, I will be the first to act, setting an example for them to follow."

Despite her complex admixture of altruism and egotism, Franco's success did not last more than a decade when she was forced to flee from the city to escape the plague outbreak. <a href="http://www.7thought.com/">Merry Christmas 2014</a> 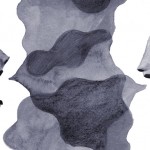