Lots of dog news this weekend. First and most notable is the New York Times story and photo essay on the dogs rescued from Michael Vick's dogfighting operation last year, many of whom are now residing at the Best Friends Sanctuary in Utah. (The dogs at that sanctuary are the main focus of the piece, but it should also be noted that 10 of the dogs are in the care of awesome Bay Area nonprofit BAD RAP.)

Part of Vick's sentence required that he pay for the lifetime care, evaluation, and rehabilitation of the dogs he kept and fought. But despite a cushy new life of squeaky toys, food, heated floors, and hugs, these emotional and physical scars these dogs hold is staggering. One of the most heartbreaking of the stories is about Georgia, the oldest dog seized from Vick's kennels: A breeder, not a fighter, every tooth in her mouth was pulled by Vick and his people so that she wouldn't attack male dogs during forced breeding.

So it's incredibly sad, and incredibly uplifting. I personally would have been a little more satisfied with an ending that said more about Vick's own punishment — though the piece reports that he's serving a 23-month sentence in a federal clink, I wanted to hear that he's awakened every morning at 4 by having his feet clawed by angry kittens or, you know, has the scent of canned pet food pumped into his cell constantly. But whatever. The Times must have known how emotional this story was going to make people, so they've thoughtfully juxtaposed it on the front page of their site with one on Animal Planet's Puppy Bowl — a compelling read of a different kind.

The last bit of dog news is a little more personal. Namely, I have two events next week in conjunction with a new-ish anthology from the editors of The Bark called Howl: A Collection of the Best Contemporary Dog Wit. The Bark, if you don't already know, is an awesome independent Bay Area magazine that's been called "the New Yorker for dog lovers" (and, in one amusing misprint, "the New Yorker for dogs.") I bugged Bark editor Cameron Woo to let me contribute a story about my dog, and he let me, and we'll both be reading from the book this Monday night, Feb. 4, at Powell's bookstore in Beaverton. Cameron reports being a little bummed that this Powell's doesn't allow dogs, because a few previous Howl events have been combination readings/dog parties and apparently it's super fun. I'm actually a little relieved, to be honest, because the story I wrote is all about Oscar's star power (and his thwarted career as a showbiz pooch), and it would suck if he showed up to a party and was a drag, or gave attitude to another dog, or what have you.

Anyway, I'm pretty sure there will be plenty of people sharing there own crazy dog stories at this reading, so get there if you're into that sort of thing — Feb. 4, 7pm. And the following morning at 10am, Cameron and I will be on Portland's awesome community radio station, KBOO, talking dogs and independent magazines.

Above: Oscar, Maeby, and Kasha: the bitches of Bitch 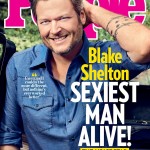 by Bitch HQ
What is even going on?