Visi(bi)lity: In Praise of Callie Torres

Yesterday, I wrote about one of the worst bisexual characters I’ve ever seen. By contrast, I want to spend today focusing on one of the best bisexual characters I’ve ever seen: Dr. Calliope (Callie) Torres on Grey’s Anatomy. I’m not a regular viewer of Grey’s; though I understand why many viewers love it, the show just isn’t my cup of tea. But I will absolutely give it credit for its excellent depictions of women, people of color, and queer people, all of which culminate in the nuanced depiction of Callie. Her characterization manages to avoid the stereotypes commonly found in explicitly bi characters, allowing her to be a positive, realistic, three-dimensional bi woman. (Note: This post contains spoilers about Seasons 4 through 7 of Grey’s Anatomy.)

When she’s introduced, Callie is straight-identified. She discovers her bisexuality in Season 4, when she falls head over heels for Dr. Erica Hahn. Their relationship is short-lived, however, as Erica was abruptly written out of the show in Season 5. Soon after her break up with Erica, Callie meets Dr. Arizona Robbins, whom she dates and ultimately marries in Season 7. Throughout the series, Callie also casually dates and sleeps with Dr. Mark Sloan, her best friend at Seattle Grace Mercy West Hospital. Though Callie struggles to come to terms with her sexuality at the end of Season 4 and beginning of Season 5, she never denies or makes excuses for the complexity of her attractions. Though she’s monogamous and committed to each of her partners, she continues to express her interest in different genders throughout the series. Bisexuality isn’t a stepping stone for Callie—it’s a very real identity, and the writers allow her to own it.

Though I understand how Erica’s departure appeared to queer viewers at the time, I am happy that the show has spent more time focusing on Callie and Arizona’s relationship than on Callie and Erica’s. In the middle of their relationship, Erica realizes that she’s always been a lesbian—a realization that feels honest and certainly reflects the realities many gay women experience. After Callie admits that she knows she’s truly bisexual, Erica leaves her, coldly stating that “You can’t ‘kind of’ be a lesbian.” Her disregard for Callie’s feelings and identity are painful, as it’s clear that she doesn’t understand or respect her lover’s bisexuality. Arizona, by comparison, affirms and loves Callie for her bisexuality. There are occasional moments when Arizona makes cheap jabs at Callie’s sexuality (in particular, a throwaway moment in Season 6, when Arizona asks Callie if she is “one of those fake lesbians, just having a vacation in lesbian land” comes to mind), but these instances across less as biphobia and more as the sort of thoughtless remarks people occasionally make when they are arguing with loved ones. Though it may not have been the show’s initial intent, I am glad that Grey’s has opted to show a healthy, loving relationship between a lesbian and a bisexual woman rather than a bisexual woman being rejected by lesbian lovers on the basis of her non-monosexual identity. I also appreciate the way in which Grey’s explores Callie’s bisexuality as it relates to alternative family structures. In Season 7, Callie gives birth to her daughter, Sofia, and raises her with Arizona and Mark (who is the biological father). Though Callie and Arizona are Sofia’s primary parents, Mark’s significance in the family is acknowledged, and he participates in medical decisions leading up to and after his daughter’s birth. Alternative family structures are rarely discussed honestly in media (Jennifer Westfeldt’s new film Friends With Kids tries to do so, with problematic results), so I admire Grey’s for taking it on. Moreover, the Torres/Robbins/Sloan family structure relates directly to Callie’s sexuality. Unlike other depictions of non-monosexual women I’ve seen on television, Callie does not cheat on Arizona with Mark. Sofia is conceived after Callie and Arizona temporarily separate, reflecting the reality that, even after partnering exclusively with women for several years, Callie still enjoys intimacy with men. Naturally, when Callie and Arizona decide to get back together, the pregnancy complicates matters, but ultimately, all three parents find a structure that works for them. Families are not always as neatly organized as the nuclear ideal, and I appreciate Grey’s for acknowledging this.

Grey’s Anatomy is not my favorite show, but I’m glad I gave it a shot. Because Callie Torres gives me hope. She makes me believe that television won’t always be filled with stereotypical clichés, that some mainstream shows really are interested in exploring identity politics in-depth and creating dynamic, diverse characters. We need more women like her on our television screens.

Previously: Biphobia Bingo! A Look at Basic Instinct, Cynthia Nixon and the Politics of Labels

Great article! I agree that it is important for all kinds of people to be represented on teevee. I appreciate what the writers have done for lesbians and bisexuals. Any show that can get my grandma invested in lesbian characters and applaud their marriage is all right in my book. :)

<p>I've left Grey's Anatomy and come back a few times over the years, and I've finally settled in, deciding to love it even with some of its ridiculous past (Meredith "dying" and coming back in season 3...silly. And I'm choosing to ignore the random-ass episode this season with a weird look at "what might have been" that made no sense). And one of the main reasons for deciding to stick with it is the show's honest portrayals of women and their struggles, never falling back on stereotypes. Callie is one of those women, and I love her story.</p>

Callie is why I watch. I was initially hooked because-- oh em gee! She's not rail thin!-- she was a character I could relate to, but I've stay even through the weird episodes because she is a well-developed and ever-developing character. She's not a stereotype, she's not a plot device, she is Callie Torres. :o)

I adore Grey's, and its spinoff. It's one of the few shows I can watch and trust that they are going to handle delicate subjects well (and I love how they will show the "other side" and prove them wrong, heh).

As someone who is pansexual and poly, I really do love how they have handled the Callie/Arizona/Mark thing. It is not technically poly, but the sheer comfort that the three have with each other is honestly the closest I have ever seen on TV to a polyfamily. I love that they are showing it as a healthy thing, and that other members of the cast are basically saying how awesome it is that little Sofia has so many people who love her. (Part of me does wish they had an actual poly arrangement but I understand why they didn't go that route.)

I've seen a lot of complaints about Callie from the fandom, about how she went back to Mark, because she was supposed to be a lesbian now. It bothered me a lot and I found it very erasing, because the point is that Callie likes both. That's who she is, and I hate that there is the idea that it's an either/or proposition. 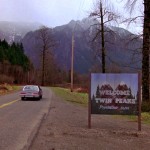