Vita Sackville-West was a woman with 'high class' problems — but her story is interesting nonetheless. Vita was — in addition to her default socialite status — a writer of prose and poetry, an avid gardener, Bloomsbury Group associate and lover to quite a few women — the most famous being, of course, Virginia Woolf.

Born in 1892 and raised at Knole, a stately home outside London (once visited by Henry VIII), Vita fell in love with the estate only to be denied the right to inherit it solely for being a woman. Vita wrote:

My voluntary exile from Knole is very curious. I think about it a lot. I feel exactly as though I had had for years a liaison with a beautiful woman, who never, from force of circumstances, belonged to me wholly; but who had for me a sort of half-maternal tenderness and understanding, in which I could be entirely happy. Now I feel as though we had been parted because (again through force of circumstances and owing to no choice of her own) she had been compelled to marry someone else and had momentarily fallen completely beneath his jurisdiction, not happy in it, but acquiescent. I look at her from far off; and if I were wilder and more ruthless towards myself I should burst in one evening and surprise her in the midst of her new domesticity. But life has taught me not to do these things.

Nevermind. She and her husband, Harold Nicolson, simply bought another nearby castle called Sissinghurst. It was here that Sackville-West cultivated one of the best loved gardens in England (now owned by the National Trust — similar to America's National Parks).

But Vita was more than a gardener. She was a woman living in an repressed society, with particularly rigid expectations for women. And she, and those she associated with, lived outside these constraints without abandon. Vita and her husband created an arrangement that allowed them to remain life partners and co-parents, supporting each other to the end, while allowing each to maintain affairs with lovers of the same sex. In some ways, their partnership allowed them to each 'have it all'!

Perhaps the deepest relationship Vita had throughout the years was with Violet Trefusis, whom she met at age ten. After both were married, the two eloped to Paris to be together, where Vita dressed as a man when out on the town. Sadly both women's husbands followed them to France, convincing them to return to their marriages. Vita fictionalized this period of her life in 'Challenge', which both women's parents suppressed despite Vita having changed her sex to male in the book. It was, however, published in the US in 1923.

It was this same year that Sackville-West was introduced to Virginia Woolf. A great deal of the relationship was recorded in letters. Vita became the inspiration for the character, Orlando, and appears costumed as such, in early versions of the book. Vita's childhood home, Knole, where the women spent a great deal of time together, was also used as the locational anchor of the story. But as I mentioned, Vita was an accomplished writer herself, perhaps better-selling than Woolf at the time. In addition to books about gardening and her love of the Kentish landscape, Vita wrote The Edwardians, All Passion Spent and Grand Canyon. Sackville-West also wrote a number of biographies of famous women including Saint Teresa of Ávila and Therese of Lisieux, Saint Joan of Arc, and Aphra Behn.

While Sackville-West wasn't active in feminist politics of the day, and although affluence certainly gave her more freedom to 'be herself', and not simply what society expected — I admire her choice to do so whole-heartedly and publicly — with no apologies. Her life choices were little actions that added to the general feminist conscious and narrative and stand as reminders of a not too distant past of repression and opression. Viva Vita! Great post! I can't even express my delight, because it's so hard to explain what this Woman means for me. I know that she refused the label of feminist, but for me she's the one whose ideas I want to follow.
“Women, like men, ought to have their youth so glutted with freedom they hate the very idea of freedom.”
“Men of my age live in a state of continual desperation.”

Thank you for your information - I have certainly acquired something new about feminism from here. -- Janet from her blog about the <a href="http://www.bestgamingmouseinfo.com">best gaming mouse</a> and computer peripherals.

Relevant: Today I Am Mourning for Our Country 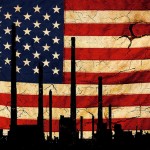 by Joshunda Sanders
It feels like flags should be flying at half-staff.