Vote for Douchebag of the Year | Bitch Media

Vote for Douchebag of the Year

by Sweetie the Panda It’s been a real week of accolades for me, Sweetie the Panda. First, the BBC names me one of its top 12 Female Faces of 2011! Now, some of you might be saying, “Wait, Sweetie…why are you on this list, you’re just a panda?!” Well, look here, not only is the Edinburgh Zoo is paying £600,000 a year for 10 years for me and my pal Sunshine (who didn’t make the BBC men’s list for some reason??) to stay in Scotland, I’m also continuing a time-honored tradition of four-legged, gentle-souled beasts counted among Women of the Year awards.

Then you might look even closer at the list and say, “Wait, Sweetie… why are a princess, a duchess, a sister of a duchess, only three female politicians, and sexual assault survivors who probably don’t want their faces, names, and stories to be plastered over the Internet on this list? Didn’t like, three women win the Nobel Peace Prize this year?! Didn’t a 17-year-old cure cancer?” To which I say, Shhhh…just press play and watch me roll around on the ground and chew bamboo.

I’M ADORABLE. Five minutes scratching my belly will have you wondering why you ever thought it was “controversial” that I’m a face of the year. But I’m also been excited because Bitch Media asks me to host the Douchebag of the Year Poll, 2011! I, Sweetie the Panda, after many late nights and many broken bamboo stalks, have selected seven of the year’s finest douchebags for readers to vote on. (I decided “douchebag” was too good a word for people like Sandusky, Strauss-Kahn, and the NYPD “rape cops,” but if you have a  [Alleged] Rapist Scumbags Kept in Power Through Institutional Kyriarchy of the Year poll of your own, let us know!) Now, without further ado, here are Bitch Media’s Douchebag Decree Finalists for 2011: Phyllis Schlafly and Suzanne Venker
Schlafly actually tweeted at Bitch after reading the take-down of The Flipside of Feminism. Kelsey was able to scratch “Being called a ‘screeching harridan’ by Phyllis Schlafly” off her bucket list that day.

Career antifeminists Phyllis Schlafly and Suzanne Venker blame feminism for the nation’s divorce rate (among other things)! In their upcoming book The Flipside of Feminism: What Conservative Women Know—and Men Can’t Say, Schlafly and Venker posit that feminists, with our love of divorce, our hatred of men, our general negativity, and our blatant duplicitousness, have fostered a culture where splitting up a marriage is as easy and breezy as splitting the check at a restaurant FalseFlesh is “Adult Image Editing Software,” according to its website, which can be used to imagine (and render said imaginations) anyone you know whose picture you have, naked. If you, like me, have 700+ pictures tagged of yourself on the internet, then you, also like me, will have trouble sleeping tonight. The software works by superimposing the subject’s face onto a nude body that has been “customized” in order to “realistically” give voyeurs an idea of what the subject looks like naked. Adams, creator of the cartoon Dilbert and noted mega-douche wrote on his blog recently that, among other things, men are naturally prone to raping women (and “tweeting their meat,” which he lumps into the same sentence as rape) and society is to blame. You’ve likely seen this kind of hey-don’t-blame-men-we’re-just-walking-boners argument used to justify sexist remarks and behavior before. Adams, though, is taking his shit to the next level. Not only did he blog about this totally unfair “zero-sum game” where men can’t be happy because they’re made to conform to the non-rape-y ways of society, he’s defending his argument like nobody’s business. Summer’s Eve “Hail to the V” campaign
In the most meta Douchebag Decree ever, Bitch found the new marketing campaign for “feminine hygiene product” Summer’s Eve to be tokenizing, patronizing, and downright insulting.

Their “Hail to the V” commercial includes women of color, but the entire concept reduces women (like, you know Cleo-freaking-patra) to their vaginas. The whole co-opting of feminist “empowerment” language doesn’t work because the campaign ignores that women (not just men) are into vaginas, that some women do not have vaginas (and that some men do), and the whole “Vaginas are the most powerful force in the UNIVERSE!!!!!” thing falls flat when you have even an inkling of how women’s bodies have been—and continue to be—controlled and regulated, whether it’s forced sterilization, rape as a military tactic, or limited access to abortion. Or, you know, by being unnecessarily flushed with toxic chemicals for no good reason. Herman Cain supporters/sexual assault detractors
Every Republican presidential candidate could easily pen a book or two about douchebaggery, but there was something especially smarmy about how Republican pundits jumped to defend sexual harassment allegations against Herman Cain:

The Republican party can’t catch a break, with all this Herman Cain business. They’re sad that everyone’s got them figured all wrong. They’re jokesters! They’re not racist! They will completely believe and support the victim of a high-profile sexual scandal, if only she would come forward! Let’s take a look at all of the (Grand Old) party people who take the Herman Cain scandal not as another episode in a long string of disheartening sexual harassment cases, but rather as “OMG THE DEATH OF FUN.” Forty Beads
Speaking as someone who’s expected to procreate over the next decade, you can bet this gender-essentializing book will not be on my bookshelf!

Every once in awhile, a media savvy self-help writer makes the rounds with a book promising the key to heterosexual bliss. This is always annoying, but every once in awhile, a technique is so wrong-headed that it deserves a special dishonor. Evans promises Forty Beads: The Simple, Sexy Secret for Transforming Your Marriage will “save your [heterosexual, monogamous] marriage” by bridging the supposedly innate “libido gap” between women and men. Here’s how: Your husband drops a bead into a bowl when he wants sex, and then you have to have sex with him. “But, wait,” you might be saying, “this book is over 200 pages long. There must be more to it than that, right?” There is not. The latest in this long line of I’m-so-manly-it’s-sexist diet drinks (predecessors include Miller Lite, Pepsi Max, and Coke Zero) is none other than Dr. Pepper 10, with a new ad campaign that screams IT’S NOT FOR WOMEN. The insecurity that permeates every pixel of this campaign, because men might be perceived as feminine for drinking something lower in sugar (oh horror of horrors!), is so over-the-top blatant that it would be funny if it weren’t damned depressing.

Now readers, as the year draws to a close, it’s time for you decide… 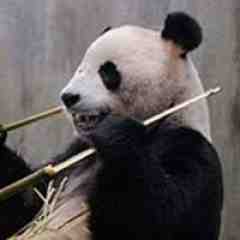 Thank you for the poll -- hmmmm? a difficult challenge--seems that a douche product is too obvious a choice for the douchiest -- it is hard to be angry while amused at how ridiculous people can be. Keep up the humorous reporting and commentary -- I need the inspiration.

Yeesh, I have feminist ad major friends and they have told me some horror stories about the things professors tell them is okay. Not surprising.

False flesh creeps me the hell out. I don't want random people picturing me naked.

You know, someone imagining me naked...well, that's not so bad. I mean, I'm not endorsing it, but I certainly can't do anything about what people think. And everybody fantasizes, so that part doesn't bother me.

What does bother me is a product that removes the "imagination" part of the equation. It transforms from "imaginary fantasy" to "picture on computer screen." It's creepy, unnecessary voeurism (sp?) that does nothing except give women another reason not to put their real pictures on the internet.

ugh..I feel like I need to take a shower after reading this list. It's a touch choice, though I'd have to say herman cain, forty beads, and dr. pepper are the creepiest ones/the ones that make me feel the most like punching things.

I have to go with Herman Cain's supporters as the number one douche. Sure Adams' opinions are egregious, but he's just a cartoonist. And the rest of the nominees are either product ads or books. But there's something really chilling about people who go out of their way to back a man who had to pay out settlements for sexual harassment. His behavior caused real harm to real women. And it's even more atrocious that some people think that's acceptable.