Warpaint: Keeping Their Composure at Pickathon 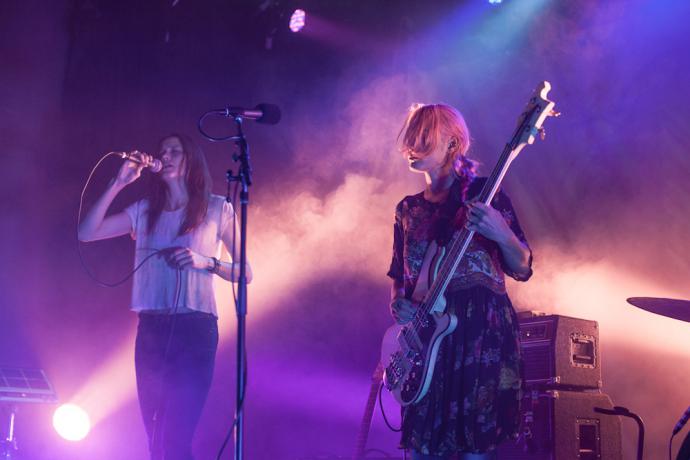 I wasn’t too familiar with Warpaint until I saw their set at this year’s Pickathon Festival in Happy Valley, Oregon. While I was living in Minneapolis, I remember their lead single “Undertow” was popular on Minnesota Public Radio. The DJs used cheesy words like “psychedelic” and “groovy’ to describe their sound but that didn’t keep me from turning up the volume without shame.

Warpaint formed in Los Angeles by long-time friends Emily Kokal (guitar and vocals), Theresa Wayman (guitar and vocals), and sisters Shannyn Sossamon (drums) and Jenny Lee Lindberg (bass and backing vocals). They debuted their dreamy, atmospheric sound with their Exquisite Corpse EP and followed it The Fool, an album that earned them major critical acclaim for their live prowess, as well as their range and instinctiveness (with Stella Mozgawa joining them on drums).  On their recent self-titled release, Warpaint took their sound to the next level with more dramatic tempo shifts and additional electronic aspects. 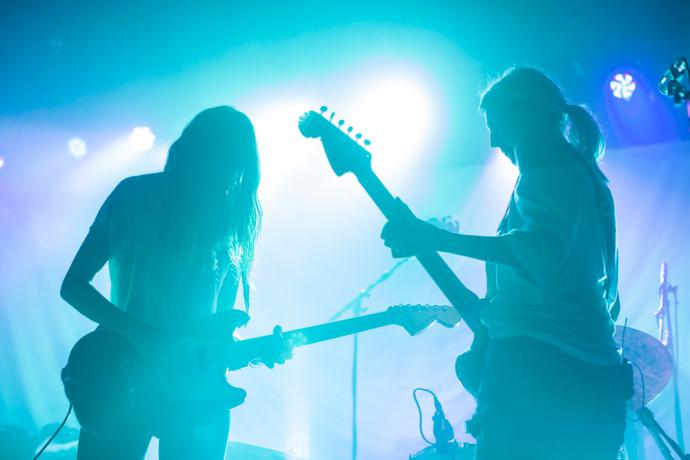 Warpaint is not your typical rock band; they completely surpass a lot of the guitar-based groups I’ve seen in the past few years due to their strong live performance. The members of Warpaint have a commanding stage presence, each with their own unique stage personality. Kokal has a composure that easily moves from serene focus to a goofy energy that is contagious to her bandmates. Wayman is more understated but still intense, giving off an air of piercing vulnerability when she sings. Both Kokal and Wayman have striking technical instrumental technique which allows them to have incredible range and freedom while they play. Lindberg is utterly entranced swaying in her own world as Mozgawa is energetic and collected. Lindberg’s flawless bass and Mogzawa’s drums sync perfectly, providing a rhythmic foundation for the wilder guitar and electronic pieces of songs. Warpaint have an uncanny ability to create ambience with moody guitars and lyrical melodies that hypnotize.

Warpaint makes music and speaks in a language that is completely their own. On “Undertow” from The Fool, Kokal and Wayman’s voices are delicate and haunting with a slight edge of menace. “Undertow” cuts to the chase: “Better not to quench your thirst/Better not be the first one diving…What’s the matter? /You hurt yourself? /Open your eyes and there was someone else…” This track is heavy on the themes of blame, avoidance, and the notion that we circumvent our problems and coping introspectively. During the bridge, Kokal and Wayman share looks and silly smiles as they shred solos with so much ease it makes me envious as a musician; this kind of skill and playfulness is rare.

The sheer emotional and instrumental range across and within many of Warpaint’s songs is admirable. “Composure” slipped from a intro of the entire band shouting bitingly into their mics to a bass solo so thick and throaty I felt my jawbone vibrating throughout. The song escalates into a tense riff that eerily melts back into Wayman, Lindberg, and Mogzawa shouting the outro with Kokal breathing the final lyrics on her own. “Disco/Very” barrels towards the crowd with Lindberg’s aggressive bass and Mogzawa’s drums that sound like a modified club beat. All members sneer, “I’ve got a friend with a melody that will kill, she’ll eat you alive” which drives towards the members of the bands losing themselves in Wayman’s composed solo verse, then Kokal’s shrill lament, “I make room for everyone…I need to take a break!” This song is incredibly danceable until it winds down into its chorus. Another highlight was an electrified version of “Billie Holiday” off Exquisite Corpse. Wayman and Kokal sang in unison beefing up the acoustic recording with electric guitars while keeping their vocals breathy and delicate. 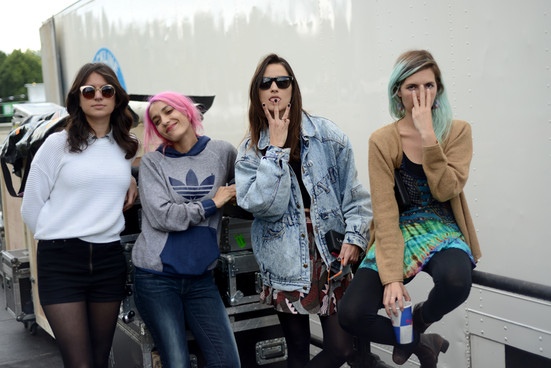 Warpaint puts on a must-see live show. The entire time I couldn’t quite figure out who to look at; ultimately I closed my eyes and felt transported to Warpaint’s special world where the topography and wildlife are as diverse as the different personalities on stage. Drum cymbals can sound windy and shushed or completely frantic while guitars can be either delicate chirps or languid and hypnotic against thumping bass footsteps. With Warpaint I think there is a little something for everyone as they live up to their reputation for being one of the best live shows around.

Love is to Die 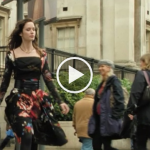