Her film, Free Angela and All Political Prisoners, is officially (finally!) released today and is a strong testament to the empowering use of storytelling for survivors and an artist’s commitment to their work.

Unlike her trial, Angela Davis is a willing participant in this documentary. Audiences experience Davis’ journey through her own words as the film moves with riveting momentum from Davis’ early academic career to becoming an activist who lands on the FBI’s “Most Wanted” list.

In contrast to the negative press that skewered Davis as a cold-blooded killer, Lynch’s film beautifully portrays Davis’ vulnerable humanity even when then-California Governor Ronald Reagan himself dismissed her innocence.

Free Angela’s extensive use of detailed footage from the time transports audiences into the mesmerizing visual world of the late 1960s and early 70s. When not relying on this vintage footage, Lynch creates poetic imagery from reenactments of Davis and her iconic afro in motel rooms and prison cells to further convey the isolation, paranoia and fear she must have faced while on the run.

In the film, Davis comfortably speaks to the camera from her current office on the University of California, Santa Cruz campus, where she serves as the Director of Feminist Studies. She’s remained true to her professorial roots, only five hours north up the Californian coast from where she originally was hired as an assistant professor of philosophy at University of California, Los Angeles before the Board of Regents of UCLA fired her for affiliation with the Communist Party and her unapologetic views. Audiences learn how Davis received daily racist jokes, hate mail and death threats that led her to purchase firearms for protection.

For those paying attention, there is an important detail missing from the film. In 1970, a Black teenager, Jonathan Jackson, used a shotgun, owned by Davis, in an attempt to negotiate the Soledad Brothers release. This shotgun was the gun used to kill Judge Harold Haley, along with other courthouse hostages in Marin County, CA. His attack is ultimately what led to Davis’ suspicion. Free Angela spends much time explaining the incidents surrounding the murder, but perhaps as an attempt to not retry Davis’ innocence through her own documentary, Lynch carefully avoids any reflection or insight on how Jackson was actually able to obtain Davis’ registered gun.

Still, Free Angela is strong for two reasons. One, it allows audience members, unfamiliar with Davis’ heroic qualities, to find themselves rooting for her acquittal. Also, the film encapsulates her symbolic story as the belief in the power of community movements and racial justice within our American legal system. Free Angela and All Political Prisoners is not the film to see to learn about who Davis is now. This is the documentary to see to learn a true story of universal triumph in the face of adversity.

Watch this clip from the film! 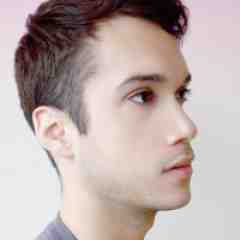