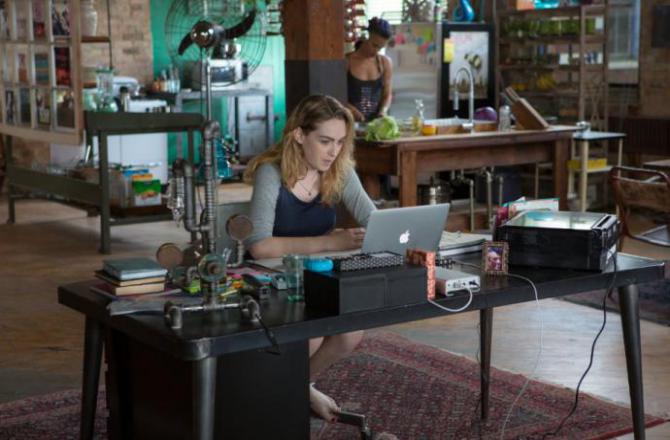 New Netflix show Sense 8 is a thriller about eight strangers whose lives become intertwined. The show explicity aims to deal with issues that many sci-fi shows skim over, like racial and gender politics. It includes a character who’s all too rare onscreen: a transgender woman played by an actress who is a transgender woman. One of the show’s writers and creators, Cloud Atlas and The Matrix co-writer Lana Wachowki, is also transgender.

In this recent interview with Janet Mock, actress Jamie Clayton says when she found out about the show featuring transgender hacker and activist Nomi Marks, she emailed her agent immediately saying she wanted to be involved—a whole year before they actually started casting on the show.

“When you got this role, were you like, ‘Oh my god, I get to step into these historical shoes?’” asks Mock.

“I try not to think of it in terms that are that big because I don’t want to psyched myself out,” replies Clayton. “But Lana, being trans, writing her first trans character and then me being brought on to play that and using my experience and what I’ve gone through… being able to put all of that in one big pot together and serve that up onscreen, people are eating that up.”

Watch their whole interview below.

Note: This post has been updated to correct an error. The post originally said Jamie emailed the Wachowskis after finding out about the show—in reality, she emailed her agent. Apologies for the error.

Could someone please make a transcript of this video available so it's accessible to deaf folks?