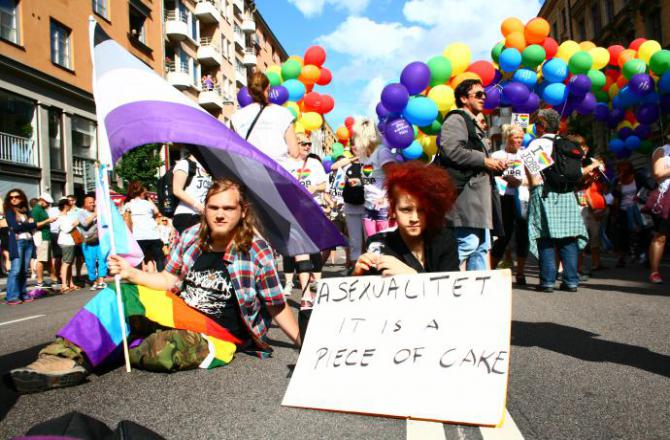 The asexual visibility movement has grown over the past few years—many asexuals are starting to come out of the closet and demand respect. Unfortunately, asexuality remains a relatively invisible orientation in our pop culture. That leaves many asexuals still feeling as if they are somehow broken.  Think about it: Romance and sex saturates practically every narrative in television, books, and movies.  Platonic bonds are continually devalued compared to romantic relationships, especially sexual ones.

Over the past few years, a couple asexual characters have popped up in films and on TV. That’s a great step. But whenever asexuality is explicitly shown onscreen, it almost always follows a “fix-it” plotline: Asexuality is portrayed as a problem that’s fixable. That’s an incredibly dangerous message.  Perhaps the most frustrating wall asexual activists have hit is how the media-makers who are allosexual (not on the asexual spectrum) misunderstand and misconstrue our orientation. The following three examples are just a sample of the mainstream media’s concept of asexuality. 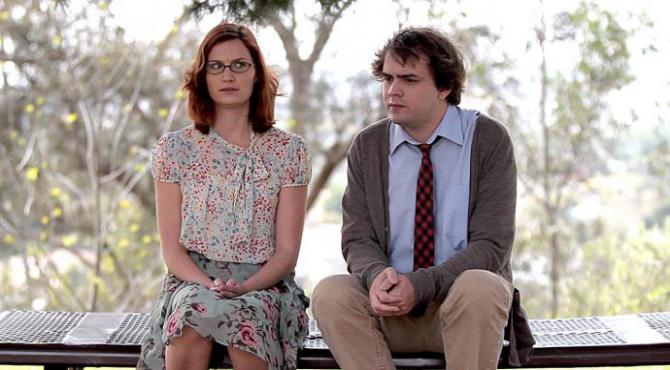 The Olivia Experiment: This 2012 film revolves around Olivia, a 27-year-old grad student who's beginning to suspect she's asexual. She decides to accept a friend's offer to have sex with her own boyfriend. The tagline for the film is, “A comedy about sexual (dis)orientation.” The titular character’s asexuality is constantly questioned and doubted: She’s not really asexual, she’s just shy. Here, asexuality is presented as a temporary condition, not an orientation.  It’s an issue that needs to be remedied.  There is no possible way a woman could be happy outside a romantic, sexual bond. Instead of highlighting the satisfying platonic bonds many asexuals have, Olivia needs to experiment until she finds the right way to fit into an allosexual narrative. 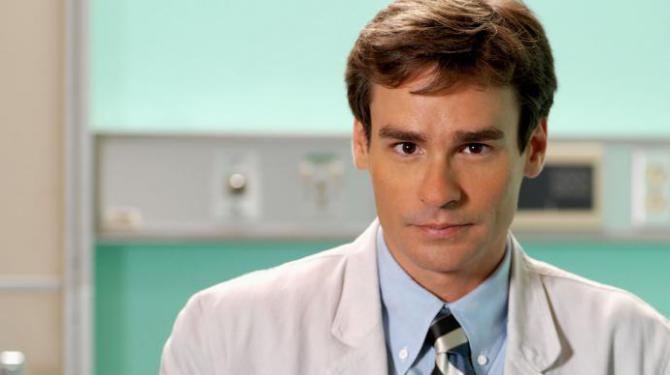 House: “Better Half” (Season 8, episode 9):  An asexual couple comes to see Dr. Wilson.  He’s intrigued by asexuality and mentions it to his friend Dr. House, who promptly dismisses it as not real. Throughout the entire episode, Dr. House denies the existence of asexuality. At the end of the episode, it’s revealed that the husband has some sort of tumor that was inhibiting his sex drive.  The wife was just faking asexuality for the sake of her husband. 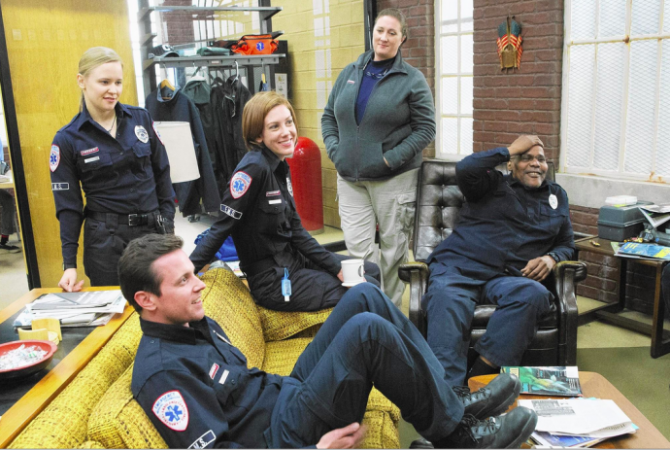 Sirens: This USA network TV show about paramedics had an openly asexual recurring character, Voodoo (at far left in the above photo), during its two seasons. Her asexuality is presented in one of two ways: As a joke or as an obstacle that a fellow paramedic, Brian, needs to overcome in order to get sex.  Voodoo is always romantically paired with a man and the script's discussiong of her asexuality is usually less about her life and more about how frustrated men are about it.  At one point, she’s questioned about whether or not she masturbates (an incredibly inappropriate question to ask anyone but one allosexuals regularly confront asexuals with).  Voodoo also takes Brian to a strip club when he thinks he has transcended sexuality where she has a stripper perform a lapdance on her in order to titillate him. Her plotline was headed towards her consummating her on/off relationship with Brian, before the series was cancelled.

There are a couple other asexual characters who have appeared in film and TV over the past couple years, but these three plot lines make clear the challenges asexuals face in getting realistic representation. Aside from the message that asexuality is a fixable condition, there are a few commonalities throughout these examples:

The dangerous message that comes out of “fix-it” narratives is that sexual orientation and consent is something people can debate. Convincing or shaming an asexual person into having sex even though they say they don’t want to isn’t a fun game—that’s corrective rape, with the goal of “fixing” asexuals. Allosexuals often make the mistake of thinking sex is a necessary part of happily ever after.  They can’t see asexuality as anything other than a horrible condition that dooms those suffering from it to lives of loneliness.

Imagine being a young asexual, unsure of your orientation and constantly being bombarded by these messages both from the people in your life and from your favorite shows, movies, and books.  Imagine constantly being told you don’t exist, or if you do, you’re fixable.  But as the years go on, you still don’t experience the kinds of desire you see everywhere.  It would be lonely, wouldn’t it?

Not welcoming asexuals to participate in shaping the portrayals of asexuality in mainstream media has resulted in grossly inaccurate and damaging depictions of this orientation.  Most allosexual people can name a fictional character who can be interpreted as asexual, but very few can name a single real-life asexual writer, director, actor, or other artist. The beautiful art and contributions asexual-identifying people make to society will continue to be suppressed as long as these negative portrayals and beliefs continue to go unchallenged. But asexual writers, artists, and performers are out here. I put together a whole Tumblr highlighting contemporary asexual artists—you check out Asexual Artists on Tumblr and WordPress.

In the meantime, here’s to hoping we see an asexual character soon whose orientation is treated as normal—not a problem to fix.

Related Reading: Why Do People Keep Calling My Sexuality “Noble”? 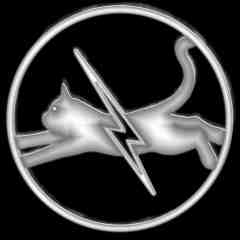 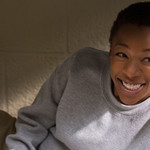