We’re Not Done Yet: 10 LGBTQ Equality Issues to Keep Working on Tomorrow 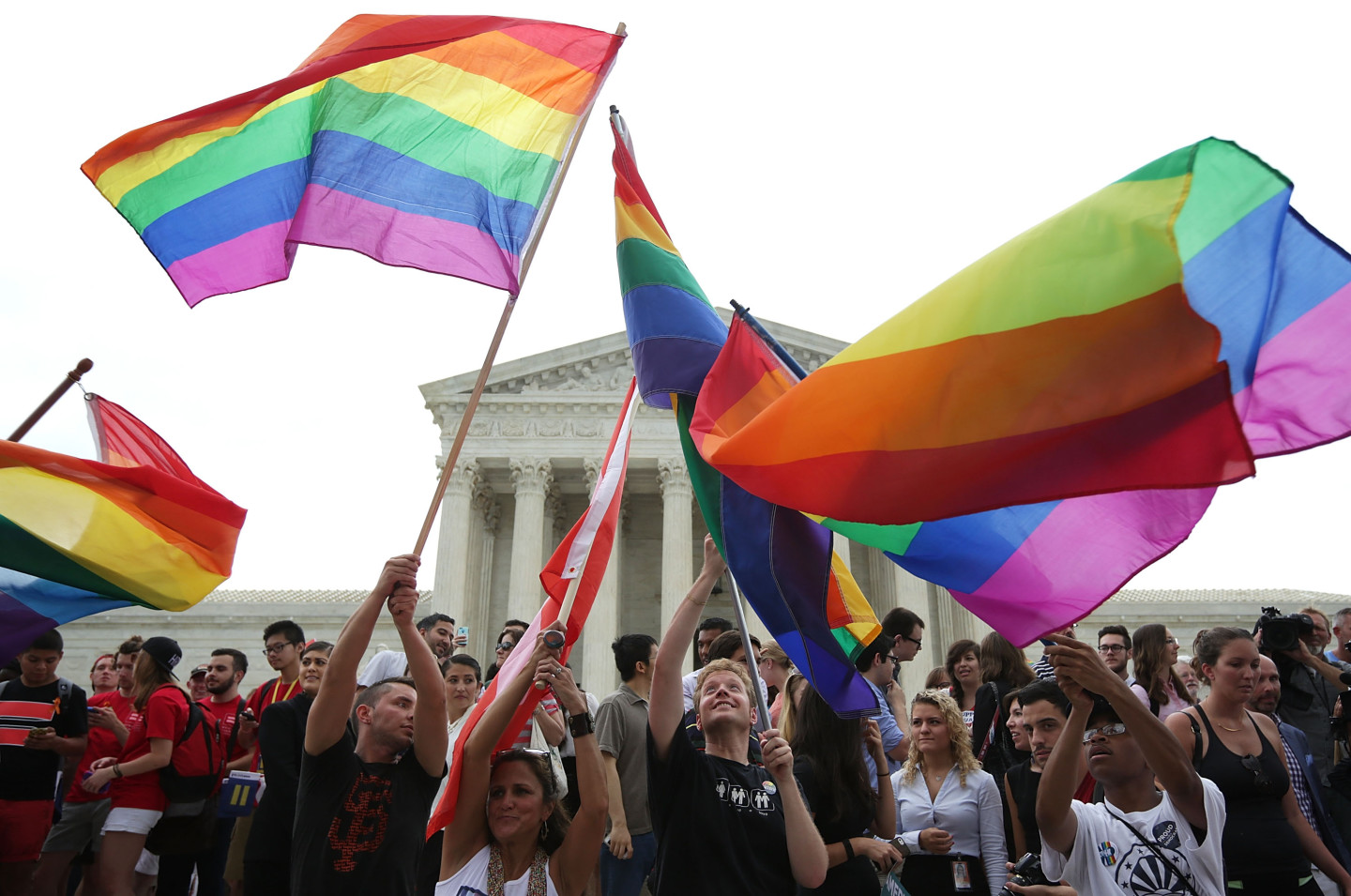 People celebrate in front of the Supreme Court after the ruling in favor of same-sex marriage on June 26, 2015 in Washington, D.C. (Photo credit: Mark Wilson/Getty Images)

Today is a huge, amazing, important, wonderful day. Just look at these beautiful smiling faces outside the Supreme Court when the Justices announced that denying same-sex marriage in any state is unconstitutional. Just look how grumpy Justice Scalia is at being in the dissenting minority. Any day that Scalia is unhappy is a great day for Americans. But as LGBTQ people and their allies have been saying for years, marriage is a basic right. Marriage is a starting point, not an ending point, for full LGBT equality. Hopefully the momentum and work that brought Americans around to support same-sex marriage can now sustain the work that is being done to end discrimination in all facets of life.

Here are 10 issues that LGBTQ advocates have been working on (often out of the media spotlight) while marriage equality has dominated the national conversation. As marriage becomes legal nationwide, hard-working people are still campaigning to make these rights a reality.

In many states, it’s legal to fire someone from their job or not hire them because of their (real or perceived) sexual orientation or gender identity. Only 18 states have laws that prohibit job-based discrimination against someone because they’re LGBT. A handful of others prohibit workplace discrimination in some circumstances, but don’t have protections for all employees statewide because of their gender identity or orientation. In places like Texas, Florida, and Idaho, coming out at work could mean getting sacked with no legal recourse.

LGBT people—especially LGBT people of color—often report having a distrustful relationship with the police. A recent report on the “ongoing and pervasive” discrimination against the LGBT community by law enforcement found that 21 percent of LGBT people who interacted with police reported encountering hostile attitudes from officers and 14 percent reported verbal assault by the police. In a national survey, nearly half of transgender respondents reported being uncomfortable seeking police assistance. Changing this relationship is going to take a lot of work in police departments across the country.

People an LGBT kid is often tough. While 27 percent of all kids in the United States report being bullied at school, 86 percent of LGBT youth report being harassed. Many kids skip school days because they’re worried about being targeted and repeated harassment contributes to higher rates of depression and suicide among LGBT youth. Many organizations are working to support LGBT youth and end bullying, including the Trevor Project and It Gets Better.

On a similar note, a whopping 40 percent of homeless youth identify as LGBT. Many homeless LGBT kids say that they were kicked out of their house by their parents after coming out. However, there are few homeless centers and shelters that focus specifically on LGBT youth—we should support more services focused on LGBT homeless youth.

One big reason high rates of LGBT homelessness persist is because of housing discrimination. A study in 2013 found that across 50 cities, rental inquiries sent to landlords significantly less likely to receive a response when the applicants were listed as a same-sex couple. The federal Fair Housing Act does not specifically include sexual orientation and gender identity in its anti-discrimination protections. We should work to change that.

The Get Equal campaign has been raising awareness for years about  how deportation affects LGBT immigrants. They write, “We know deportation is not the answer to a broken immigration system, when there are 82 countries that make it illegal to be LGBTQ. Often, LGBTQ immigrants come to the U.S. seeking a safe haven from structural violence, criminalization, persecution and discrimination in their home countries.” This week, trans activist Jennicent Guterriez interrupted an Obama speech at the White House to point out that trans women account for one out of five confirmed sexual abuse cases in ICE custody .People fleeing violence based on their gender identity and sexual orientation should be granted asylum, not detained and deported.

As the Transgender Law Center eloquently notes, “In order to live safe, full, and authentic lives, it is essential that transgender people have access to identity documents, such as photo ID, that accurately reflect their current name, gender identity, and gender expression.” However, in many states it’s extremely difficult to change your gender on legal documents. For trans people who live in states with restrictive voter ID laws, that bureaucratic problem can keep them from voting. In a related issue, it was recently revealed that the US State Department has no process for accepting the passports of transgender people. We need to streamline and reform laws around identification to make it possible for trans people to get the documentation they need.

Just this week, the federal government announced a huge change for transgender federal employees: healthcare will now cover the costs of any transition they undertake. Trans-inclusive healthcare is in place in several states and numerous large companies, it should be a reality for every trans person in the country.

Now LGBT couples have marriage rights—but can they adopt kids? Several states, including Mississippi and Michigan, don’t allow same-sex couples to jointly adopt kids. Those laws need to be struck from the books and protections for same-sex couples put in their place.

In addition to legal changes ensuring LGBT rights, we need to support a cultural shift toward equality, too. The first international study on homophobia in sports came out in May and showed that 45 percent of gay and 18 percent of lesbian youth who remained in the closet said they feared discrimination from coaches and sports officials. Among people surveyed, 83 percent said that they didn’t think LGBT spectators would be safe at games, either. Several organizations are working to end homophobia in sports, including You Can Play, which has support from the NHL and MLS. Our society is evolving—but not quickly enough.

Please also remember us queer folks who are disabled. We still face discriminatory marriage laws (if we are legally disabled and choose to marry, the government can stop paying disability benefits), and usually face an even greater degree of discrimination in all areas. Please, please do not leave us behind. Please understand the difficult intersection of queerness and disability.

How about 11. "Trans Women are getting assaulted, raped and murdered like it's going out of style?" The trans community in general, and trans women in particular, are subject to a staggering amount of violence. For many trans people just leaving the house can be a gamble with their life. Many of my transfeminine friends face harassment, indignity and sporadic violence every time they walk out the door. By the way, I live in San Francisco and so do the people I am talking about so don't think this is exclusive to middle America.

For the purposes of law enforcement and positive identification, gender cannot be fluid. It must reflect the physical attributes of the individual and must remain legally declared. How could you make a positive identification on a suspect or crime victim if one of the main identifiers (conditions which prevent false identification and can hinder prosecution if mis-reported) has a 50 percent chance of being incorrect? How would you feel if you had a gender neutral name, crossed gender in what is known as fluid manner, and were arrested because you now "match" a suspect with the same name and birthdate? This happens with same sex suspects more than you know.

I personally don't care if you want to portray yourself as male or female from day to day. I'm not qualified to pass judgement on how you live. I am, however, qualified to say that I have a 50% chance of mis-identifying you if there is no set standard. The standard now in use, Anatomy and Physiology, must remain in place.

Should gender be surgically changed, then documentation should change automatically with it. 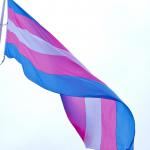