What Colonialism Needs is a Little More Bling | Bitch Media

What Colonialism Needs is a Little More Bling

When I was 17-year- old, a friend of mine returned to the States after living on her own in Thailand for six months. Her gift to me was a number of shocking stories about the sex industry, and my introduction to the now-cliché phrase “what happens in Bangkok, stays in Bangkok.” When I was 25, my sister spent two weeks in Thailand. The first thing she told me about upon her return was a bar she and her friends accidentally stumbled into where women were projecting ping pong balls from their “lady parts” (her phrase, not mine). These days in India, when my partner tells a guy that he wants to visi Bangkok, the response he receives is a homosocial, assumptive grin; the guys presume he will go to the city for sex.

I know what you’re thinking: shouldn’t we have books that center men’s experience? And my answer is absolutely! The issue for me is not the subject of Bernstein’s book (“the powerful erotic hold that the East has always had for Western men—a pervasive yet often ignored aspect of their long historical relationship”), but the way it is presented, which reinforces women’s status as sexual objects instead of sexual agents, and perpetuates the construction of the very discourse that it aims to deconstruct. Take this paragraph, for example, which sounds more like a titillating advertisement in favor of sex tourism rather than a critique of it:


The manager of the place will tell you which woman specializes in which particular service. He will let customers know which of them sucks and among them fucks, and he will urge customers to take two of the girls so that they can have a little of both and be in the middle of a sort of Oriental sandwich, one girl on top, the other on the bottom and both lathered with soap and warm water. Whatever choice the customer makes, he will be given a bath, then massaged a bit, and finally, after some negotiation, given what is marvelously called a happy ending, the different forms of which command different prices.

An Oriental sandwich? Can I get one of those at McDonald’s?

Like sex tourism itself, Bernstein’s research and perspective are not new. This book was written long ago by postcolonial feminists like Chandra Talpade Mohanty (Feminism without Borders), Reina Lewis (Rethinking Orientalism and Gendering Orientalism), and Meyda Yegenoglu (Colonial Fantasies). If imperialist, white, male privilege makes you cringe, you might want to pass over The East, the West, and Sex in favor of a critique a little more comprehensive and a little less sensational.

Sex tourism in Bancock isn't relegated to just westerners, its a problem of international scope that includes many near-east countries. Our own state department throws hundreds of millions of dollars at governments to help assist in trafficking prevention, yet the larger issue of cultural misogyny goes unchecked. I haven't read the book but one shouldn't dismiss a "male" perspective, rather the writing of the author should be examined for its prejudices and social short comings as well as the manner in which sexuality is observed. I think a woman can read much into the broader socialization of male sexuality by reading works like this, how fantasy and sexual gratification can lead some men to park any sense of humanity.

Every Chinese New Year in Malaysia we get the Prosperity Burger at MacDonald's.

Perhaps I'm cynical, but it appears most books centered on men's experiences have no true desire to engage with men's perspectives to question the cultural problematics at hand but to, as you noted, sensationalize what is really external from men's perspectives.

What's interesting to me is that there seems to be no acknowledgement of the plethora of work that came before this book. To be fair, I haven't read the book, only the excerpted pieces on <i>The Daily Beast</i>, but it seems like a lot of this type of criticism already exists and that Richard Bernstein has simply chosen to ignore it.

<a href="http://www.feministe.us/blog/archives/2009/07/08/the-east-the-west-and-s... is what happens when people can't take criticism of their work. How embarrassing! (But we've all been there, no?)

Going all the way to Thailand for sex? That seems a little extreme. At least here in the states, you might avoid some nasty STD's (at some of the higher end establishments.) But in Thailand? Eeeewueee! Also wouldn't it be cheaper to just fly some babes over here, get them checked out, party, then send them back?
BTW, a friend of mine teaching English in Thailand had to be smuggled out of the country after the principal at her school stole her keys and broke into her house, and when she complained, accused her of slander and prostitution and set the authorities on her. 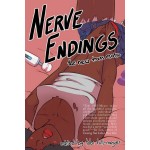