Screenshot: Whatever Lola wants, she deserves

The ads for Nip/Tuck are repellent. They’re consistent, but consistently repellent: Each season, there’s a visual tableaux of a female form, unnatural looking and clearly meant to be unsettling, and two men who are clearly asserting dominion over her very being. If the ads are meant to make the viewer examine whether there’s a downside to commodified beauty, it’s a very subtle approach. An easier interpretation is that the Nip/Tuck protagonists have and use the power to determine the value of a woman’s existence.

With this kind of message, why bother watching the show?

I had avoided it until I began watching Glee. Over that series run, I warmed to teenaged protagonist Rachel’s unabashed embrace of her own ambition. (I’d even go so far to say she’s the funhouse-mirror version of Twilight’s Bella Swan. While that book series is about a girl whose greatest trait is her ability to sit around and yearn for something, Glee showcases a girl who has channeled her longing into action.) Rachel’s something special: she may carry torches for boys, but she doesn’t stake her sense of self on them, and that makes her a standout in today’s gaggle of TV teens.

For the love of Rachel Berry, I checked out Ryan Murphy’s other show. The first two to three episodes of Nip/Tuck I saw were, I thought, eye-rolling. A black-widow wife? A sixtysomething woman who spent her time marinating in self-resentment over the mere fact that she had aged? Puh-lease.

I had just about checked out of the series for good when the episode “Lola Wlodkowski” came on and wrecked my tidy “This show hates women and is afraid of them!” thesis. 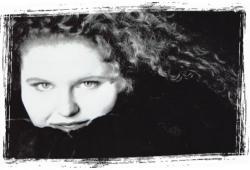 To briefly recap: The vivacious and junoesque Lola (played by the brilliant Danica Sherridan) comes into the clinic to get some moles on her back checked out, and confounds resident lothario Dr. Troy with the fact that she enjoys a thriving sex life and enviable comfort in her own skin. After he surrenders to her charms, his commercial concept of beauty is, of course, challenged. So he lashes out at Lola, browbeating her with the argument that her abundant self-love is a mask for someone who desperately wants to be normal. But before Lola can go through with lipo, a group of men wearing only their shoes and their above-average BMIs comes in any carries her off. After Dr. Troy huffs, “If you want to ignore the world we live in, be my guest,” one of Lola’s gallant admirers corrects him: “That’s the difference between us, doctor. We don’t live in your world. We live someplace happier.”

The entire episode shows, rather than tells, how everyone’s problem with Lola’s size have nothing to do with Lola. The self-loathing Dr. Troy can’t handle someone who makes him question whether he’s got any character traits worth admiring. A fellow patient who’s trying to turn herself into Barbie can’t handle Lola being so comfortable with her non-assembly-line form. And Dr. Troy’s girlfriend points out how hard it is to be the anti-Lola; she’s denied herself everything from pizza to Chinese food in an effort to be seen as “beautiful” by other people, and she’s consumed by self loathing.

The episode ends uneasily. Lola learns that her moles were cancerous, and at last feels the weight of a body that betrayed her. She smiles bitterly and says, “I’ll be a thin girl yet. Beautiful on the outside, scarred and cancerous on the inside.” Dr. Troy is moved to tell her, “You’ll always be beautiful, inside and out, cancer or no cancer,” yet when he goes home and catches his girlfriend binging and purging, he spits out, “You’re pathetic.”

If there is a better metaphor for the corrosive spiritual effects of internalizing the dehumanizing commercial definition of “beauty,” I haven’t seen it on TV.

I don’t think Nip/Tuck is going to be this profound every week. (For heaven’s sake, this is a show that embraces mime crime.) But if you get a chance, watch “Lola Wlodkowski.” The episode stands on its own as a shrewd critique of beauty as a commodity, and it’s perfect for that person in your life who would shriek at the message Dr. Jean Kilbourne is sending – yet desperately needs to hear.

Thanks for writing about this! I used to watch the show because I was always fascinated with why people chose plastic surgery, yet I can't handle the graphics of real plastic surgery shows. But then it got to me. However, when a friend texted me with, "OMG Christian Troy just had sex with a fat woman! And declared it the best orgasm he's ever had!" I immediately watched it online. While there were still A LOT of problematic things about the episode, it was still interesting to see that on TV.