The news broke yesterday that this season of Downton Abbey was PBS’s highest rated drama ever. Not too shabby for a show whose central conflict is that women can’t inherit estates.

Spoiler Alert! Stop reading now if you don’t want to hear about this past season!

In my opinion, this morose, death-filled season was less compelling than Downton Abbey’s first two. I am still mourning Sybil, and still wondering if Julian Fellowes could’ve gotten just a little more obvious with the cliffhanger car accident that dispensed with Matthew. I’m not convinced that going Game of Thrones on a show so concerned with soup spoons was what brought in the ratings. Maybe, just maybe, the show’s plausible, convincing and complex female characters had something to do with the high ratings. Because amid the wreckage, the real star of this season turned out to be Lady Edith!

In seasons one and two, Lady Edith could never catch a break, and was mainly characterized as a gossip who was the least pretty of the Crawley sisters and therefore least “marriagable” (ew, thank you, patriarchy, that felt gross to type.) We’ve seen Edith shoved aside, ignored, jilted at the altar, and duped by a wounded soldier with Eli Cash-level aspirations about becoming a Crawley for a day (anyone else disturbed by the mere memory of that episode? I have chosen to pretend it wasn’t real). Edith learns to drive in season two, an accomplishment in a household where grown-ass women and men do not understand how tea is made, but merely ends up with an inappropriate crush on a farmer.

But in season three, character development is a real thing! Edith’s latest disappointment—being left by that doofy old guy with the injured arm—becomes a catalyst for growth. Okay, so she mopes. But she also begins to assume responsibility for her own happiness and becomes a proto-feminist newspaper columnist. Her growing political awareness seems to be a torch passed down from Sybil. After deconstructing Edith’s progression from whiny middle sister to jaunty-hatted, politically active, independent woman, a friend of mine suggested that season four should just be the misadventures of Lady Edith and Branson raising Baby Sybil and gadding about London with their subversive hobbies. Can this be a reality, Julian Fellowes? Because that’s a show I would watch.

In fact, the flip-side of Matthew’s death is that the women of Downton Abbey got more screen time. The friendship between Mrs. Patmore and Mrs. Hughes was more fully explored, what with Mrs. Hughes’ cancer scare and Mrs. Patmore’s short-lived romance with a local fancy-man. My favorite scene of the whole season might just be the moment where Mrs. Hughes goes to comfort Mrs. Patmore when her alleged romance doesn’t work, only to find that Mrs. Patmore is laughing about it. Unrestrained laughter is rare at Downton Abbey, and it belies the strength of their friendship. I have not seen this level of realness between middle aged-lady BFFs on TV since…The Golden Girls? Hat tip to Team Fellowes on this one.

Season four is already primed for some interesting developments as its female characters continue to come into their own. I can’t wait to see what happens next. 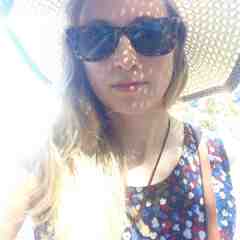 Megan Burbank lives in Portland, Oregon, where she is arts editor at the Portland Mercury.

Ack! Serious spoilers right up front with no warning! I admit, I should have been more cautious when I opened up this story, but I thought you were going to talk about people's appreciation for Downton Abbey's great female characters.

I thought it would be safe to talk about what happened this season, but guess not! Sorry about the spoilers, I edited the post to add in a spoiler warning up top.

Oh please, enough with the crying about Spoilers. Lady Sybil's death aired in England in October of 2012, and it aired in the USA two months ago. The whole world is not required to keep a secret from you for TWO MONTHS.
Please, while we are at it, I would like to complain that people have also revealed that in Planet of the Apes, they are all on Earth, and that in Sixth Sense, Bruce Willis is dead. And that Darth Vader is Luke's father.

Not cool is not knowing that her name is Sybil, not Sylvia.