Kamala Harris is the most recent politician to support gay and lesbian rights—but not transgender issues.

Last month, California Attorney General Kamala Harris vaulted to into the national spotlight with her opposition to a proposed “Kill the Gays” initiative introduced in the state. In high-profile support of California’s many gay and lesbian residents, Harris petitioned the state’s Superior Court to block the so-called “Suppress the Sodomite Act,” an citizen initiative which seeks to legalize the execution of homosexuals, calling the act “utterly reprehensible.” She bemoaned the fact that she’ll be forced to include it on the ballot, should the court not intervene.

Harris’s principles and commitment to social justice have rightfully made her the frontrunner to replace retiring Democrat Barbara Boxer in the Senate. However, those ideas were nowhere in evidence last week when Harris appealed a U.S. District Judge’s decision to grant a gender confirming surgery (GCS) to Michelle-Lael Norsworthy, a transgender woman serving time in California prison. Ignoring all the findings in Justice Jon Tigar’s 38 page decision, Harris argued that, “Norsworthy has been treated for gender dysphoria for over 20 years, and there is no indication that her condition has somehow worsened to the point where she must obtain sex-reassignment surgery now.”

Her move to block funding for the surgery is another case of someone being excited to vocally support gay and lesbian causes when they make for good press—but when the rubber hits the road, neglecting to support the “T” part of LGBT rights. While it’s politically very easy to fight tooth-and-nail against legalizing the murder of California gay and lesbian residents, Harris would have been actually pushing public opinion forward if she backed the rights of a transgender woman in prison.

Norsworthy began her transition a few after entering prison in 1990, and first expressed a desire for GCS in 1996. In his ruling, Justice Tigar is stinging in his critique of the California Department of Corrections’ handling of the case. The judge notes that Norsworthy’s attending psychologist, Dr. Reese, who had worked with the her for two years, unequivocally prescribed that the procedure be done, saying, “clinical medical necessity suggest and mandate a sex change medical operation before normal mental health can be achieved for this female patient.” Transgender people in prison around the country have fought for—and won—the right to medically necessary surgery.

Instead of going with the doctor’s recommended care, though, the corrections department removed Norsworthy from Reese’s patient roster, and matched her with a doctor who advised against operation. This action, along with other evidence, led Justice Tigar to find that California prisons have “a blanket policy against providing SRS (sex reassignment surgery) for transgender inmates.”

But it seems Harris is following the Department of Corrections’ lead. Her office is fighting the decision. In the appeal, Harris’ office warned the procedure could cost up to $100,000, a ludicrously inflated sum, and one the Transgender Law Center disputes, pointing out, rightly, the figure would be closer to $15,000-30,000. The Transgender Law Center also notes that Harris’s appeal will cost the state well above either sum before it’s finished.

This chain of events sadly mirrors those that occurred in 2012, when the first trans person in prison won a suit for a GCS. Citing scientific evidence, and expert testimony, Federal District Judge Mark Wolf, found that the surgery was the “only form of adequate care for (Koselick’s) condition.”

The justice also found bad faith at play in the state’s denial of care, accusing Massachusetts Corrections Commissioner Kathleen Dennehy of “engaging in a pattern of pretext, pretense and prevarication,” and saying she’d “testified untruthfully on many matters,” and acted out of a fear that providing Koselik with the surgery she required would “provoke public controversy, criticism, scorn and ridicule.” Responding to the Koselik decision in a radio interview, progressive star Elizabeth Warren opined, “I have to say, I don’t think it’s a good use of taxpayers dollars.”. Given that Warren is a former Harvard Law School professor, one must assume, disappointingly, she based her statement on perceived political gain, rather than legal principles.

Fellow Massachusetts politician—and the first out LGBTQ Congressperson—Barney Frank, also spoke against the ruling. Frank, who has a history of not championing trans rights, echoed Warren in declaring Wolf’s decision not a “good use of taxpayer dollars.” He explicitly framed his opinion in political terms, saying activists are “making a mistake if they think it’s a general issue.”

One would wish that progressive politicians who have benefited greatly from championing LGBT issues in an outspoken way, would take the lead on a vital issue like medical care for trans inmates, instead of upholding policies multiple judges have declared unconstitutional.

Thankfully, the Obama administration has become active in supporting trans people in prison, intervening recently on behalf of Ashley Diamond in her fight to attain adequate care from the Georgia Department of Corrections. Likewise, prominent LGBTQ entertainers, like Elton John and Michael Stipe have begun lending their voices to this cause.

Supporting transgender people—particularly those in prison—is not an easy sell for many politicians. It’s vital, though, and, as a growing body of legal decisions attests, a constitutional necessity. It’s time for Democrats like Harris and Warren to start leading on this issue, instead of perpetuating old biases to score easy points, regardless of the human costs.

Related Reading: Penned In — Letters Reveal the Lives of Transgender Women in Prison

Leela Ginelle is a trans woman playwright and journalist whose work appears in PQ Monthly, Bitch, and the Advocate. Top photo via Creative Commons.

Since when is it a state's job to provide sex reassignment surgery? 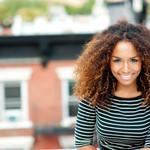