Where the Women Are | Bitch Media

Where the Women Are

No surprise here: the internets can be a hostile space women. Women who are sports fans and athletes find their fair share of, by turns, erasure and hostility.

As Salon's Broadsheet points out, you can't even Google "female athlete of the decade" or even "best female athlete of the decade" without be bombarded by "hottest female athlete" paraphernalia that is enough to depress the most passionate fan. Likewise, paging through the daily coverage of ESPN and Sports Illustrated, you'd be forgiven if you started to wonder if you'd entered some kind of time warp in which such a thing as a "female athlete" or "female sports fan" or, hell, even a "female sportwriter" had not been invented yet. (To be fair, one cool recent SI feature: a photo essay on the best female athletes by birth state, put together in recognition of Nationals Girls and Women in Sports Day)

But I assure you, they -- we -- are out there. And not finding the the digital world an especially hospitable space for women who dig sports, gals are creating their own online news networks and communities, filling the void with bright, intelligent, and passionate commentary that is grounded in a belief that women matter.

It might be hard to find them if you dare to brave Google to track them down, so here's your handy primer on the best of women and sports on the internet. I hope you'll join me there!

Niche: "... As media professionals and athletes, the trio is keenly aware of the challenges facing women in sports. Visiting the myriad of (mostly male oriented) sports sites on the Web, it was clear that women needed a dedicated platform to celebrate their love of sports and the challenges they face. They (and the guys who love women's sports) also needed a forum to exchange ideas, to debate and engage one another."

"With the goal of promoting and empowering female athleticism, WomenTalkSports.com is an online network that connects the best blogs relating to women's sports. The site aims to raise the level of awareness of women in sport by providing comprehensive sport coverage, spotlighting outstanding achievements, and working with sporting associations on advocacy issues and empowering programs."

Niche: Organization founded in 1974 by tennis legend Billie Jean King to "advance the lives of girls and women through sport and physical activity." Website features news, research, grants for athletes, nice multimedia tools, and advocacy opportunities to get involved in promoting women and girls in sports--including info on Title IX.

From its introduction about its work:

"An educated public is the strongest form of advocacy and research is key to demonstrating that sports and physical activity lead to healthier, happier and more productive lives. The Women's Sports Foundation has a rich history of conducting important research and has made a long-term commitment to a series of signature reports addressing such topics as girls' participation in sports and physical activity, gender equity in intercollegiate sports, the impact of media images of women in sports and pay equity.

"Our vision is a society in which parents understand the benefits of sports and physical activity participation for both their daughters and their sons and equally encourage them to be active and healthy. Together we want to create a society in which girls and women of all ages fully experience and enjoy sports and physical activity with no barriers to their participation. Our success depends on people around the world who work with us to help every girl and woman believe that she can be fit, confident and healthy in a body of any size."

Niche: Commentary and in-depth analysis on the WNBA and women's NCAA baskebtall. Lots of heart.

"One way to respond is that Swish Appeal is the extension of our ongoing inquiry about the game we have both loved long before turning our attention to the WNBA. So our work is guided by two questions, the first about what we cover and the second about how we cover basketball:

1. How can we more fully appreciate women's basketball as a variation of the sport rather than merely a second-rate summer hobby? 2. How can social media change the way professional sports like the WNBA are covered?

Therefore, our goal at Swish Appeal is to approach women's basketball with a learner's mindset - asking questions, maintaining an open mind, and continuously challenging ourselves to "rethink basketball" - as a means to appreciate women's basketball on its own terms."

Niche: Multimedia site featuring news, features, and information about the teams and athletes of the WNBA. Also aggregates news about the WNBA from other media sources.

From the sites "History of the WNBA":

"Women's basketball has come a long way since its beginnings in 1892 when Senda Berenson adapted James Naismith's basketball rules for women. And with the continued growth of the WNBA, the sport is sure to go even further."

Niche: An online magazine with a personal touch, tailored to the joy of sports fandom.

"In 1999, Ivette Ricco, then Vice President of a financial services company, decided the time was right to provide the female fan a place on the web that covered sports from the female's unique perspective.

"Ivette, an avid football fan since her teen years in New York, realized that there were many women, like her, following sports on a regular basis, but nothing was available to meet their needs. Even team apparel wasn't available in women's sizes, forcing the female fan to try and fit into logo apparel meant for 300-pound men. And thus an idea was born, and in March of 2000 Femmefan.com was launched. ..."

Niche: "An interdisciplinary resource for news, legal developments, commentary, and scholarship about Title IX, the federal statute prohibiting discrimination on the basis of sex in federally funded schools."

About the Images:(all images and captions are from Sports Illustrated)

1. Perhaps best known as the quick-thinking Dottie Hinson, played by Geena Davis in the 1992 movie ''A League of Their Own,'' Dorothy Kamenshek was 17 when a scout from the All-American Girls Baseball League persuaded her to play. Though her cinematic alter-ego quit after a season, the real-life pioneer was a star of the Rockford Peaches from 1943 to '51 and then again in 1953, leading her team to four league championships. Called ''the fanciest-fielding first-baseman I've ever seen, man or woman'' by Yankees first baseman Wally Pipp, Kamenshek was named to seven all-star teams before retiring after the 1953 season.

2. After helping North Carolina to four consecutive NCAA championships, Kristine Lilly went on to play for eight World Cup and Olympic soccer teams. She has scored 129 goals in her national-team career and is the only player from any country, male of female, to play in more than 300 international matches.

3. Considered by some to be the greatest female athlete of the 20th Century, Jackie Joyner-Kersee won six medals over the span of four Olympics, including three gold in the heptathlon and long jump. Her world record in the long jump has been broken, but she continues to hold the heptathlon world record (7,291, set in 1988). At UCLA, Joyner-Kersee was a track and basketball star who scored more than 1,000 points in her career.

4. Denise Long scored 111 points in one game and averaged an eye-popping 62.8 points while leading Union-Whitten High to the state title in 1968. She poured in 218 points during her team's three-game championship run, including a playoff record 93 against Bennett. One year later, the San Francisco Warriors made her the first female ever selected in the NBA
draft.

5. After averaging 30.3 points and 16.1 rebounds as a high school senior, Whiting went on to be named Pac-10 Player of the Year twice and was a two-time All-America. She helped Stanford to its only NCAA women's basketball championships, in 1990 and 1992, and later played three seasons in the WNBA.

6. Having grown up in a family of skiers that owned one of the first commercial ski resorts in Vermont, Andrea Mead-Lawrence had skiing in her blood. And, at the 1952 Games, it showed when she became the first American alpine skier to win two Olympic gold medals in the slalom and giant slalom.

I didn't know about them; I'm now a follower!

Wow are we on the same page! This is very exciting. It seems there are plenty of sites and programs for female "issues", but for the female athlete?- not much is happening. And for the TEEN female athlete there's even less. I'd love you to come and check out http://TigressTeens.ning.com and lets see how to connect.

Some sports are not girly !

Thank you a lot for sharing this with all folks you really recognize what you're talking about! Bookmarked. Kindly additionally consult with my website =). We can have a link trade agreement between us.

Relevant: 7 Career Lessons I Learned from Reading "Women In Tech" 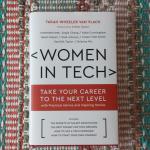