How Mainstream Media Failed on the Texas “Feminist Army” Filibuster 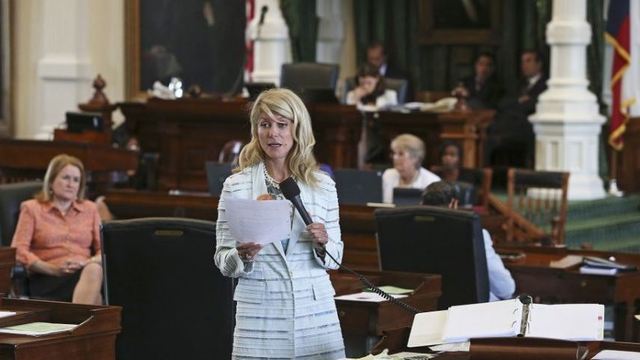 Basically every feminist and politically engaged person I’m friends with on Facebook posted about Texas Senator Wendy Davis’ astounding all-day filibuster, which successfully blocked a major anti-abortion omnibus bill from passing in the state’s senate. Photos of Davis’s pink Nikes went viral, as did images of hundreds of orange-clad protestors. The Internet treated the bill like it was the Red Wedding episode of Game of Thrones or the arrival of Hillary Clinton to Twitter.

But anyone looking on regular news sites or TV stations wouldn’t even know the “feminist army” was in the midst of an uprising. During the day and late into the night, information about the bill and massive protest was conspicuously absent from major news broadcasts and online news media. Why did the mainstream news media fail to cover this major piece of anti-abortion legislation?

For those who didn’t stay up all night following the events in Texas, here’s a brief recap:

The bill, called SB5, was a huge deal for abortion access for millions of Texans. It would have enacted strict requirements for abortion clinics that, opponents contend, would have shut down all but five of the 42 clinics in Texas.

As per the rules of the sneaky Texas special session, the senate had to vote on the bill by midnight on Tuesday. Democrat Wendy Davis decided to stage a filibuster to block the vote. She spoke on the Senate floor for nearly 11 hours—without taking a break or leaning on her desk—until Lt. Gov. David Dewhurst argued that her discussion of mandatory ultrasounds was off-topic and cut her off. Then, Democrats used procedural motions to delay the vote for another hour and forty-five minutes. With fifteen minutes to spare, pro-choice protestors who had filled the capitol en masse to “stand with Wendy,” cheered and shouted so loudly that they literally prevented the Senate from hearing each other cast votes.

This riveting drama was being watched (with plenty of nail-biting and manchego consumption) by upwards of 140,000 people on YouTube’s livestream from the Texas capitol. People were tweeting #standwithwendy 4,835 times per minute. Obama even got in on the action.

Mainstream news media, on the other hand, both failed to cover the events leading up to the planned vote in the capitol and also the bill’s eventual filibuster and protest. Below is a screenshot of the front page of CNN’s website at 10:45pm PST, right in the midst of all this action. Can you find the filibuster news? (Hint: pull out a magnifying glass and look all the way to the left.) While thousands of people were glued to the livestream of the Texas action, here were the videos CNN offered for suggested viewing on its front page: “Planes that make you say ‘Wow!’” You know what else makes me say “Wow!”? Hundreds of protesters shutting down the a state senate in the middle of the night.

When mainstream media finally caught on that something worth covering was occurring, outlets jumped the gun and reported conflicting information. The AP called the vote in favor of the bill—news that wound up printed in Seattle’s morning paper—and it took a few hours to determine that the after-midnight vote on the bill did not legally count.

Compare the Fox News headline from the night with one from the New York Times. At 10:45pm PST, the Times had the headline “Fate of Abortion Bill Uncertain,” while Fox ran with the nail-in-the-coffin text, “Texas Lawmaker’s Bid to Kill Abortion Thwarted.”

This is like calling an election before all the results are in. It’s a good thing 140,000 people were watching—otherwise the Republicans behind the bill may have been able to ride the momentum of the early headlines all the way to victory.

Social media circulated information about the bill leading up to and during the special session, allowing protestors to organize and effectively prevent a vote. However, mainstream news media should be providing more than reactionary reports of the events. Reporting on what happened is not the same as reporting on what is going to happen. It’s absolutely crucial that people across the country are aware of important legislation before it gets voted on, so that we can organize and speak out against terrible bills like this one—or, in other cases, show our support.

It is especially crucial that the media continue to report on SB5, as it appears that Governor Perry has already called for a second special session to vote on the abortion bill. According to local Texas papers, the session will be on Monday, July 1, and will specifically address abortion legislation.

Let’s hope that before then, CNN figures out who wins the “Epic dog vs. baby duck battle” and gets a reporter to Texas.

Come on! Major omission! The reason protesters burst into cheers with 15 minutes to go was because Letitia van de Putte called out the sexism of the president of the senate for pretending not to hear her: "At what point must a female senator raise her hand or her voice to be recognized over her male colleagues?" Give credit where it's due!

That, and once we had begun to applaud, Sen. Whitmire encouraged our citizen uproar...

...I did have to google "dog vs. baby duck" immediately after reading this article.

Kidding, kidding! I was shocked by the lack of mainstream coverage. If not for Facebook, I wouldn't have known anything was going down in Texas last night.

Relevant: Birds, Bees, and Beyond 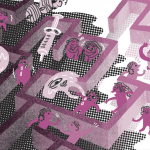