Whiteout and Women On Screen 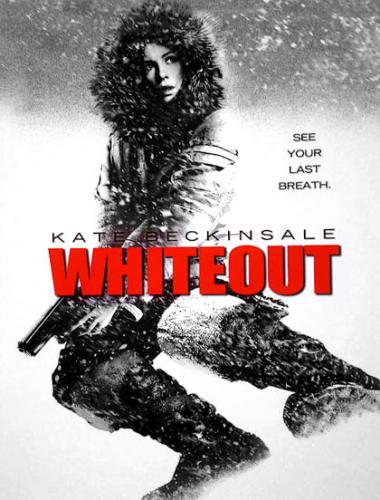 The trailer for the long-awaited movie adaptation of Greg Rucka’s and Steve Lieber’s Whiteout premiered last week, and the crime-thriller starring Kate Beckinsale looks pretty damn good. But why, oh why, did they need to include a shower scene in the freaking trailer? Well, because as Entertainment Weekly’s PopWatch Blog points out, we need to be assured that “Antarctica is not so cold and desolate that Kate Beckinsale cannot enjoy a nice hot shower.”. (Sigh … .)

Whiteout tells the fictional story of Carrie Stetko – a US Marshal assigned to McMurdo Station in Antarctica. Stetko and a British secret agent named Lily Sharpe (who many speculate is actually an undercover Tara Chace from Rucka’s excellent Queen and Country series) struggle to find a murderer at the station before the Winter season begins and no one can get in or out. 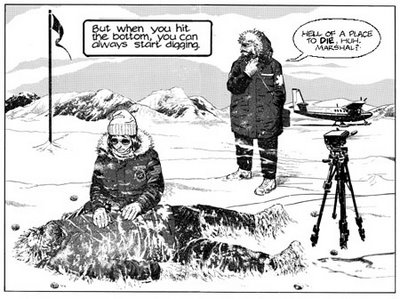 The comic, published by Oni Press and which can be previewed here, spawned a sequel in Whiteout: Melt. A third limited series, Whiteout: Thaw is rumored to appear this Fall to coincide with the film’s September 11th release date.

I can get past using the shower footage to sell the movie, but what I’m having a harder time with is that the movie, presented by Warner Bros. and Dark Castle Entertainment, has replaced the Sharpe character with a man.

Apparently, this has NOTHING to do with ambivalence towards having two female leads, but is meant to “accentuate the fact that Carrie [Beckinsale] is predominately surrounded by men”. 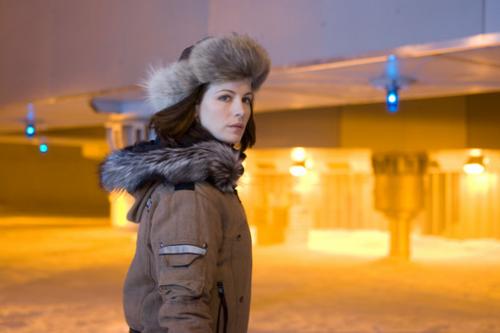 Yet, I think it speaks volumes that, a teaser trailer for Whiteout was screened at San Diego Comic Con International back in July of 2007 with a scheduled movie release date of Winter, 2008 and it’s just now being released. Of course, movies are put on hold all the time for various reasons, but as we all remember, in October of 2007, Nikke Finke reported on Deadline Hollywood that Warner Brothers’s then president of production, Jeff Robinov, now president of Warner Bros. Pictures Group, was no longer making or even considering pictures with female leads. (And though Robinov denied making the alleged comments, we all know what happened with the live-action Wonder Woman movie – indefinitely on hold.

(Though on a side note, the animated version is pretty fun as Tammy Oler reported for a Bitch blog earlier this year. And the special features on the 2-disc DVD rock, if I do say so myself.)

I can’t help but be disappointed that the Lily Sharpe character has been replaced with a male character. One of the things I really appreciated about the graphic novel was that it featured two incredible women working together in a very unusual situation.

Sigh … Readers, I know I’m not the only one who’d go see an action movie with two female leads (Stupid Hollywood!). But as a friend pointed out, there’s still time for Beckinsale’s character to be replaced “with a wisecracking robot or cute kid with a bowl cut.” Too true.

We all know Whiteout should have two female leads, but should we be happy to at least get something with a woman protagonist? As consumers, and feminist consumers of popular culture at that, what can we do to make sure we are better represented in movies? If, as Nia Vardalos recently wrote in her guest blog post for Women in Media & Newswomen need to speak up with their wallets, does supporting Whiteout show that we want more movies with female leads, or does it give the impression that we are willing to settle for what we can get (as in replacing a female character with a male one)?

Will the replacement of Lily Sharpe affect your decision to see the movie? What’s your favorite movie with one or more female leads?

In more fun news, I may have missed San Diego Comic Con International this year, but thank geekness for teh Internets. Entertainment Weekly posted some video from the Wonder Women: Female Power Icons in Pop Culture panel featuring Sigourney Weaver, Elizabeth Mitchell, Eliza Dushku, and Zoe Saldana. Be sure to watch Saldana give her take on what would make a great Wonder Woman!

And by the way, isn’t this a fabu photograph of two incredible women!?! 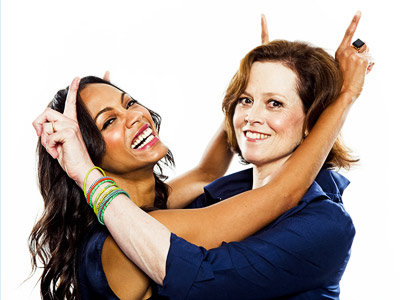 Can someone explain to me why Kate Beckinsale, who is British, and who, let's face it, for all her skill as an actress, has trouble doing an American accent, was cast as Carrie Stetko and not as Lily Sharpe? More to the point, why wasn't Clea Duvall cast as Stetko? Seriously, she was practically born to play the role.

Unfortunately, as I pointed out, the Lily Sharpe character has been replaced with a man for reasons started in the post.

I'm just reading Whiteout now so I can finish it before seeing the film. As I'm 3/4 through, I was wondering which role Kate Beckinsale is playing: Lily or Carrie? I log on to IMDB and see Ms. Beckinsale is playing Carrie. Cool. I briefly wonder how she'll present herself physically to look more like Carrie.
Then I check out who's playing Lily. Would have thought that would have been the role for Ms. Beckinsale. Can't seem to find Lily in the credits. Do a search on the page for Lily. Then for Sharpe. Hmm. After a Google search I find there's no Lily. CRAP!
No wonder the movie is getting bad reviews. Movies based on graphic novels often go very wrong when they don't trust the source material.
I would have love to have seen two great actresses working together in an exciting story. What a sad missed opportunity!