Punk Planet: Who Wants to Free Pussy Riot, and Why? | Bitch Media

Punk Planet: Who Wants to Free Pussy Riot, and Why? Pussy Riot is an anti-authoritarian feminist punk band. So why have they become the rallying cry of the international patriarchy?

Russia’s now infamous performance art collective Pussy Riot, recently jailed for an illegal flashmob concert where they performed a “punk prayer,” which stated, “Mother of God, get rid of Putin,” in Moscow’s main cathedral, is being hailed by all corners of the globe as “hope” for Russia’s future. Formed in the wake of Putin’s most recent electoral power grab, the group has staged a series of illegal performances throughout Russia in direct defiance of the increasingly repressive state. After nearly five months of being held in custody for “hooliganism,” including a hunger strike behind bars in protest of the charges and the expedited injustice they are receiving, members Maria Alyokhina, Nadezhda Tolokonnikova, and Yekaterina Samutsevich went on trial on Monday and could face up to seven years in jail if found guilty. Most recently, the women have pleaded “sorry, but not guilty.” For the last three days, the members of Pussy Riot have been detained in an unventilated, 11-square-foot room, woken at 5am each day, given little food during trial hours and insufficient sleep—all of which has caused Alyokhina to become quite ill. As of the time of this writing, the trial is still unfolding.

Almost as noteworthy as their jailing, however, is the unprecedented amount of mainstream news and political attention given to the case of three women jailed for a punk rock concert. Everyone, from Peter Gabriel and the Beastie Boys to the U.S. Ambassador to Russia and Amnesty International, has taken up their call. The irony is hard to miss: Pussy Riot members wear masks because they live in a surveillance state, and because they represent the crest of a movement that needs anonymous superheroes, not billionaire superstars (read: US Ambassadors and Peter Gabriel). They give illegal concerts because they are anti-authoritarian and anti-commercial. Yeah, not really the same thing.

Don’t get me wrong—the issue is not that their case is being championed by an international conscience, it’s the potential for this attention to tokenize and dilute their message. Most of the Pussy Riot images floating around the interwebs are strangely akin to Spice Girl images from the 1990s.  Part of this is due to the aesthetics of Pussy Riot, but it also harkens back to a time when Riot Grrls were replaced by “girl power” in a big, commercialized, puff of smoke.

Only time will tell if the public’s fascination with these feminists will render “pussy riots” as vapid as “girl power,” but I worry that overexposure is a surefire way to confuse and dilute what this group actually stands for. If Pussy Riot’s message is truly heard, there won’t be international pressure on Putin to step down from an equally imperialist power like the United States, or hollow calls for democracy from superstars, but rather anonymous, illegal “pussy riots” against the patriarchy all over Russia and the world.

Image: NATALIA KOLESNIKOVA/AFP/GettyImages. This post was updated on August 2. 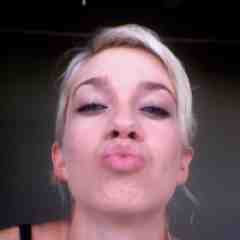 What exactly is the point here? I read this twice and then passed it to my partner to read, and as far as well can tell this is making some kind of incoherent argument along the lines of "mainstream media attention directed at Pussy Riot = ironic and/or negative." Do you not understand the mission of Amnesty International? "it's also yet another case of systems of oppression consuming their opposition, then repackaging it and selling it for their own gain." If the result here is Putin giving in to international pressure from prominent figures/agencies to release these women, whose situation seems to be getting worse by the day, then it seems to me it's all gain. As much as I enjoy the solidarity of local protests organized to raise awareness of Pussy Riot's situation, let's please admit that pressure from international organizations and diplomats is far more likely to achieve the goal of their release. We should be grateful that those who can actually influence the outcome have decided to pay attention. Let's please keep our eyes on the prize. This is an immature and sloppily written piece and I expect better from Bitch, but I suppose the necessity of producing daily content for a blog is going to produce the occasional dud.

Yo Yo Yo JYO, Your argument that pressure for Pussy Riot's release from people such as US diplomats/organizations and celebrities will secure their release is a total swing and a miss. Nice try.

The point is not that they be released because they have been turned into political bargaining chips by the US to pork barrel more international power politics, back door dealings and "democracy" initiatives with Russia but rather that movements for real change continue to emerge and evolve as they challenge unaccountable power structures around the world and FREE ALL POLITICAL PRISONERS locked up along the way.

As tragic as it is that Pussy Riot can no longer kick out the jams on top of the Kremlin, they knew what they were doing. They were audacious and brave and captured the imagination of the world. Now, as their trial becomes an international spectacle there is a chance (though it might be as slim as a Spice Girl on hunger strike for a Gucci commercial) that they will kick down the walls and be free. This commenter truly hopes so.

Maybe if you want to understand where these women are coming from (Pussy Riot + potentially the author of this piece), you should get yourself a copy of Naomi Klein's "Shock Doctrine" and read up on how the US government, their economists (ie wonderboy Jeffery Sachs) and multinational business stripped and then raped the Russian people of billions (& trillions) of dollars of resources and public assets thereby allowing the current Russian oligarchy/mafia to seize power.

Or you might examine how this book also explores the role western based human rights groups such Amnesty International play in perpetuating human rights abuses by only identifying the violent symptoms of repression, not the underlying causes - ie they document the mothers, fathers, children being and their brutal torture and disappearance but not the US backed dictators doing it to make sure business unusual isn't threatened. This is not to say that AI doesn't help bring attention to atrocities, but do you really understand the mission of Amnesty International and how this can play in the favor of massive arms dealers and "exporters of democracy"?

Please forgive any typoes or omisions in this poorly written response, but lets keep our eyes on the prize: real change, democracy and freedom of choice, not pom poms and bum fluff. Thank you.

Hey Nacho, this is not JYO but rather the partner she mentions. I've been following the conversation as well. A few thoughts:

"The point is not that they be released..." That sentence died right there. The point actually is that they be released. Will their release usher in an era of unadulterated paradise for all Russians? No. But that's not what we're talking about here. We're talking about draconian punishment for non-violent civil disobedience. Perhaps if they are released in the wake of high-profile international outcry, you'd like to usher them behind bars anyway due to the process being too impure for your standards?

I haven't read "The Shock Doctrine," though I love Naomi Klein's work and I saw her speak on that book tour. I'm sure it's an excellent, informative book. I'm equally sure that it alone is insufficient to explain the complexities of Russia's transition to capitalism, the range of national and international protest that has come in the wake of the fire sale of state resources to the oligarchy and the autocracy of the Putin era, and all manner of international relations. There are a lot of eggs in play here; let's not put them all in one basket.

Amnesty International is flawed? Next you're going to tell me that ALL nonprofits are flawed. Give me some time to prepare myself for such a revelation.

For someone allegedly allergic to "pom poms and bum fluff," I'd expect a more detailed counter-proposal than "movements for real change [that] continue to emerge and evolve as they challenge unaccountable power structures around the world and FREE ALL POLITICAL PRISONERS locked up along the way." Those are platitudes and generalities that don't get these women any closer to freedom. The criticisms you level are important and I share some of them. I just hope that you don't get too bogged down in all the world's ugly dynamics that you lose sight of the goal here. Let's hope that Pussy Riot go down as inspirational artists and activists without also going down as martyrs.

I don't know how or even if I should make a comment on this ("this" being the worldwide attention that Pussy Riot is receiving).
I'm not Russian, but I am Eastern European. Many of my friends and family members, including my mother, were arrested in Poland back in the seventies and eighties because of their activism (or even for suspicion of potential activism). Whenever Americans tend to talk about the Cold War, all they can think of is how they "beat" the Soviets. Yeah, sure: you beat the Soviets. Thank you so much for liberating the USSR and former Soviet bloc for us. /sarcasm
America did in fact play a role on a global scale (to a horrible and tragic extent; even sponsoring fascistic dictators in other countries because they happened to be anti-USSR, and promising to help Hungarians if the Soviets ever crush their revolution when the whole thing was a ploy), but it was Eastern European activists who were literally on the front lines.

I bring this up because this is what I worry will happen to Pussy Riot. Foreigners will come in and champion their cause but they don't suffer any consequence for it. Pussy Riot, and anti-Putin journalists and activists, are the ones who are. However, I don't have a problem with foreign diplomats and celebrities pressuring the Putin government to be more lenient because there is a chance that it might actually work. I wish Americans would have more people as courageous as the Pussy Riot members.

I barf on all of you except Mandy.

After you're done barfing, feel free to swing over to our online protest. We'll be in Lithuania; you can be anywhere on earth! 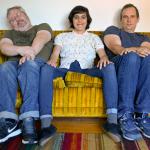 by Sarah Mirk
The punk band's frontwoman Rachel Ratner taught herself guitar solos from Nirvana and Smashing Pumpkins songs as a teen.