Why Are Women Often Not Seen as Experts? | Bitch Media

Why Are Women Often Not Seen as Experts? 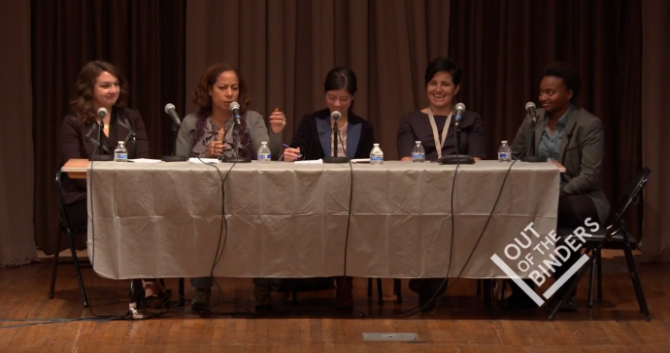 This October, women working in media and publishing gathered at Cooper Union in New York for BinderCon, a symposium that seeks to address the gender imbalance in journalism, book publishing, film, and TV. On a panel called “Looking Forward: Roles for Women in the Future of Media,” Nigerian-Irish American journalist and start-up advisor Adaora Udoji noted how women are less likely to be interviewed as experts.

The lack of female experts in media is a widespread problem. In 2011, only 21.7 percent of guests on the Sunday morning talk shows were women and 26 percent of NPR’s news sources were women. The Women’s Media Center even started up a resource guide called SheSource, aimed at compiling a list of experts who could talk knowledgably on the news. In this short clip from the panel, Udoji stresses how important it is for institutions like universities to recognize that women on staff are often experts—Udoji says that often when she contacts a college for a list of experts, she’s handed the names of only men.

This is just a quick clip from an in-depth, but it’s worth watching.

Related Reading: NPR Explores Why the Voices of Women Are Taken Less Seriously.