Why Does the UK Tax Periods? | Bitch Media

Why Does the UK Tax Periods?

In the UK, all menstrual products are taxed as non-essential items.

Do you find it a luxury to be doubled over by period cramps? No? Maybe it’s just the UK government and the European Union who think so, then. Recently, people in the UK have been speaking up about the absurdity of the government charging a luxury tax on all feminine hygiene products.

The government tacks on a five percent tax to “sanitary protection products.” That’s lower than the 20 percent tax levied on items like alcohol and ice cream, but a petition organized by 21-year-old Laura Coryton calls for reducing that tax rate to zero, putting tampons, pads, and reusable menstrual products in the same “essential items” category as bread, coffee, and bike helmets. Coryton’s petition explains that when the UK joined the Common Market in 1973, the government actually levied 17.5 percent tax on period products. After years of hard work, the “sanitary tax” was reduced to five percent in 2001. Now, the tax only slightly affects a woman’s budget—the tax costs, on average, £3 a year—but it’s the principle of the matter that stings. The idea of that menstrual products are not as necessary as bike helmets is ridiculous.  Not all women get periods, of course, but women  and transgender people who do get periods don’t choose to shed the lining of their uterus each month. We shouldn’t pay even a penny of tax for doing so.

In support of ending the period tax, the University of East Anglia made the decision last fall to sell sanitary products (including both tampons and reusable cups) at the same cost that they buy them. The university’s Woman Officer, Dolly Ogunrinde, brought the problem to the attention of the student’s union last fall and a student motion to sell the products at no profit was passed almost unanimously. At the vote, the school’s Feminist Society vice president explained, “Just like we get contraception for free we should be able to get basic health products at an affordable cost, though free would be preferable. People having to pay for having a vagina has gone on too long.” (Getting contraception for free sounds pretty reasonable, right, Americans?)

The idea that menstrual products are not essential shows just how far out of touch the predominantly male, middle class government is.  Sanitary products are only the tip of the iceberg, though, and while this is a feminist issue, it’s so much more as well. Mobility aids for the elderly and children’s car seats are among other things that are deemed as “non-essentials” and, therefore, are subject to the five percent tax. These taxes attack not only people who menstruate, but also the vulnerable in our society. Are mobility aids for the elderly unnecessary? Certainly not for those using them. Are car seats for children not essential? The law in the UK states that children under 12 years old must be in a car seat, but then turn around a make it harder for a parent to ensure they follow the law. The UK government needs to reassess its meaning of the word “necessary” and start making noise about this issue in the EU—and fast.

Related Listening: We made a mixtape of eight songs about periods.

Sarah Byard is in her second year of university, studying Publishing and Creative Writing. 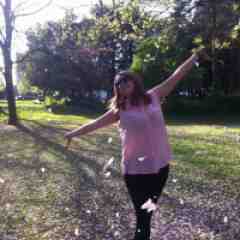 Also, the contraceptive pill is available without a prescription charge here - so you can avoid pregnancy for free, but pay tax on menstruation.

Yes indeed, great place to insert Gloria Steinem's "If Men Could Menstruate Essay." In her words:

Men would brag about how long and how much.

Young boys would talk about it as the envied beginning of manhood. Gifts, religious ceremonies, family dinners, and stag parties would mark the day.

To prevent monthly work loss among the powerful, Congress would fund a National Institute of Dysmenorrhea. Doctors would research little about heart attacks, from which men would be hormonally protected, but everything about cramps.

Sanitary supplies would be federally funded and free. Of course, some men would still pay for the prestige of such commercial brands as Paul Newman Tampons, Muhammad Ali's Rope-a-Dope Pads, John Wayne Maxi Pads, and Joe Namath Jock Shields- "For Those Light Bachelor Days."

There is a part of me that thinks well, this is a quick fix, just go bleed all over stuff and then ask if tampons and pads are necessary. If you did it in the US you'd get charged with some kind of bio-terrorism, but y'all do shit different, maybe you could get away with it.

Out of curiosity, how much are your abortions?