Why Don't Female Directors Get Nominated for Oscars? It's About Money, Money, Money. | Bitch Media In the 85-year-long history of the Academy Awards, only four women have been nominated for Best Director. That’s absurd.

This year, the 77 percent male, 94 percent white Academy made it clear that they weren’t ready to recognize a woman twice for outstanding directorial work when they snubbed Kathryn Bigelow for her work on Zero Dark Thirty. Bigelow became the first woman to win a Best Director Oscar in 2009 for The Hurt Locker. Her new film, based on true events leading up to the killing of Osama Bin Laden, snagged nods for Best Picture, Best Actress, and Best Screenwriter, but Oscar left no love for Bigelow herself.

Let’s get this straight: While Hollywood is still male-dominated, lots of women made excellent films this year. In stark contrast to the Oscars, women filmmakers had huge success at last month’s Sundance Film Festival. The lopsidedness of this year’s Oscar nominees underscores the challenges faced by women working in the world of blockbuster films.

The problem here is not the quality of films made by women. The problem is Oscar economics.

Bigelow is one of very few women directing films with the kind of budget and wide-scale distribution that tend to attract the Academy. The majority of female filmmakers work in the independent community, where Sundance is the Holy Grail of festivals. This year, women directed more films in Sundance’s US Dramatic category than ever before, and several women took home top prizes across multiple categories. Jill Soloway won the U.S. Dramatic Directing Award for Afternoon Delight, Lake Bell won the Waldo Salt Screenwriting award for In a World…, Michèle Stephenson won the US Documentary Special Jury Award with co-director Joe Brewster for American Promise, Jehane Noujaim won the World Cinema Documentary Audience Award for The Square (Al Midan), and Kalyanee Mam won the World Cinema Grand Jury Documentary Prize for A River Changes Course.

However, a recent USC study commissioned by the Sundance Institute and Women in Film Los Angeles found that from 2002 to 2012, there was no significant change in numbers of women behind the camera of films selected for the Sundance Film Festival, indicating that this year’s successes may not reflect overall progress for women filmmakers.

Still, the study found that women directed 25 percent of narrative films at Sundance, a far better showing than women have in Hollywood, where women directed only 4.4 percent of the top 100 grossing films from the same ten year period. Women seeking to make the jump from the indie world to the commercial industry clearly face what the authors of the study call “a very steep fiscal cliff” marked by male-dominated funding structures and networks. Notably, Bigelow’s The Hurt Locker had the lowest box office take of any Best Picture winner in 30 years.

The size of production budgets frequently go hand-in-hand with the number of theaters to which distribution companies send a film.  Since women tend to direct small-budget, independent fare, most moviegoers never get the opportunity to see many of the films made by women—even the ones that make a splash at Sundance.

If Hollywood wants to prove that it’s no longer a boy’s club, the Academy needs a demographic shake-up in order to start regularly recognizing excellent work by women like Bigelow, and studios need to give women more access to production funds. The best movies should be the ones winning awards, regardless of how much they cost to create. 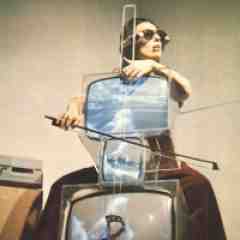 Courtney Sheehan is the artistic director of the Northwest Film Forum.

Relevant: The Oscars will be Good and Distract From These Terrible Times