The Body Electric: Why Kurt From "Glee" Is My TV Hero | Bitch Media

The Body Electric: Why Kurt From “Glee” Is My TV Hero 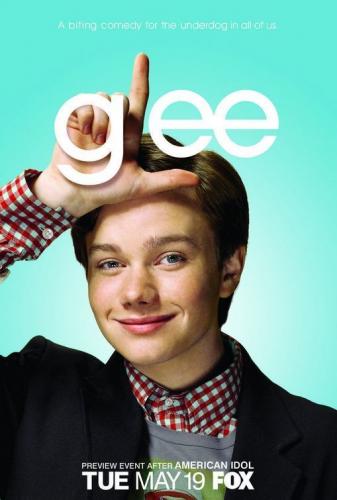 My girlfriend and I often discuss how "Glee" is the campiest show on television--and much like its subject--its rosy perspective on the empowering potential of "show choir" is simultaneously refreshingly earnest and completely fantastic. In fact, "Glee" feels like a queer, television version of what Margaret Atwood might call "speculative fiction," and nowhere is that perspective better represented than through the amazing Chris Colfer, who plays the highly fashionable trapped-in-a-small-town fag, Kurt.

In "Preggers" (original air date: September 23), Kurt ends up scoring the winning field goal for the losing school football team. That's right. Through the help of the handsome, good-hearted quarterback, Finn (Corey Monteith), who is ALSO a member of the Glee club (cough cough), Kurt is able to try out for the team. Originally intending to impress his gruff but loving father (who voices, upon Kurt's coming out, that he will always love him for who he is), Kurt--with the help of Beyonce, Finn and the Glee Club's sponsor, Mr. Schuester (Matthew Morrison)--wins the reluctant acceptance of the team AND leads them to victory.

The show has some major problems: the characters of color seem mostly obligatory at this point, and the female-identified characters don't have much of a purpose beyond supporting the story lines of the male ones. On the other hand, the sort-of love interest of Mr. Schuester is a teacher with OCD; and she is neither pathologized or de-sexualized by her struggle with a mental health issue, which is a rare find in popular media.

The show takes place in Lima, Ohio--a few hours from my hometown of Pittsburgh--and the rust belt-ian get-me-the-hell-out vibe that I remember so well is captured nicely here. What makes "Glee" special is its alternate history fantasy: what if high school was a place where a queer kid with a penchant for fashion could be the key to the football team's success? What if queering hyper-masculine, heteronormative spaces sparked incredible potential? In the climax of the "Preggers" episode, the entire football team performs a choreographed dance to "Single Ladies (Put a Ring On It)," before making their final play, a move that shocks their opponents into a stunned submission.

And isn't that what it is to queer a perspective: to radically challenge what people believe to be unchallengable? To shift expectation so far that the expectation itself is questioned? Queers have been doing this forever, with our bodies and our relentless refusal to disappear. Maybe this is exactly what would happen in that alternate universe: in fact, I'm willing to bet that a whole new order would arise if we spent the same amount of energy questioning gender as we did policing it.

You know what I hope is next on "Glee"? I hope a female-born trans-bodied character rides into town and begins a torrid affair with one of the cheerleaders. Hey, it happens.

And anyway, a queer can dream.

I love Kurt! That episode was by far my favorite. When he came out to his dad, I cried. Now, if only the same amount of character development would be applied to even ONE of the female characters.

I think Tina could engage in a torrid affair with one of the Cheerios. Of course, for that to happen, the writers would actually have to GIVE HER A CHARACTER! We shall see..

I love Kurt. I love Glee. I hesitate, though, to agree that the show 'queers' a heteronormative society. Kurt has to accomplish a masculine goal, and everyone praises Kurt only because his girly hips allow him to accomplish the task. If the ball moved a couple inches after his frail kick, or if he slipped and cried at the pain in his back--as expected--then he'd be confirming the sterotype of a homo. He doesn't do this though; with his unique behavior he accomplish the masculine goal. My problem is that he comes out to his dad only after he proves he can be a 'man.'

That the football team does single ladies--who cares. It's funny because they're masculine and shouldn't be doing single ladies. I know Butler says when people do this--perform something draggy--teh audience must question gender constructs. But it's simply funny--we see football players dancing to Single Ladies--we're focused on the spectacle and no one questions how easy it is to assume another role. The football players only use the faggish behavior to get what they want, a touchdown.

While I love Kurt, I don't think his character breaks down any boundaries. He testifys that even gays can have valuable skills. This can change the sterotypes of some. To blue states though, Kurt is nothing new.

Still, to me Kurt is inspirational because he is a great person and gay. I guess that's why I'm so excited to hear of gay news anchors, gay writers painters news cast anchors. It's nice to know that the combination exists and is attainable, even if the value of your skills are determined by a heteronormative society.

by Rachel Klein
Television is reversing misconceptions about bisexual women—one character at a time.