Why Texas Abortion-Restriction Laws are a National Problem | Bitch Media

Why Texas Abortion-Restriction Laws are a National Problem

Today, thousands of Texans are crowding their state capitol, protesting Governor Rick Perry special legislative session to consider a bill (now known as HB2) that would restrict abortion access and shut down all but five abortion clinics in the state home to 26 million people.

But while Texas' proposed abortion restrictions are in the spotlight, they aren't an anomaly.

It's tempting for those of us on the coasts to write off the wildly restrictive laws proposed in Texas as a red state issue. But the sad truth is that laws chipping away at the right to safe legal abortion have passed in 49 states since Roe v. Wade. Oregon is now the sole state whose rules around abortion have remained intact over the past 40 years. Just this morning, Ohio's governor signed off on a budget including new laws that require doctors to perform ultrasounds on any patient who wants an abortion, strip federal funding from Ohio's Planned Parenthoods, and allow the state to pull funding from rape crisis centers if they counsel survivors on abortion options.

Two days before, an Alabama judge blocked enforcement of a state bill that—like the Texas law—requires clinics providing abortions to make unnecessary, expensive renovations. The Republican-controlled legislature passed the bill this spring and its pricey requirements were expected to shutter three of the state's five abortion clinics.  The judge found that the bill would have a “permanent destabilizing effect on the provision of abortions in this state, as clinics will have to constantly struggle under threat of closure.”

These kinds of laws have passed all over the country in recent years.

What IS new in Texas is that people seem to actually care. These laws have often slipped through legislatures without much discussion or protest. In Texas, they've been cause for widespread protest.

The spread of abortion restrictions over the past five years has been a smart political calculus: repealing abortion rights at a national level would require a high-profile political fight, especially when the majority of Americans support federal protection of the right to an abortion. Instead, right-to-life groups have been funding and campaigning for an erosion of access to abortions nationwide, backing bills that most Americans haven't noticed—until now.

Part of the issue is that these abortion restrictions don't affect all Americans equally. Since the bills often strip funding from clinics, they make abortions more expensive. Since they lead to the shut down of clinics, women seeking abortions often have to travel further to get them—according to Guttmacher Institute data, in 2008, 35 percent of American women age 15-44 lived in a county without an abortion clinic.

All of this adds up to laws that discriminate against low-income and rural women. Abortion is still legal—but it's swiftly becoming a medical procedure that's possible only for those who can afford it.

What the protests and resulting media coverage in Texas has done is shoot this erosion of rights into mainstream conversation. The Texas House and Senate may still pass the rights roll-back this but they'll be doing it will millions of people watching. Whether this is a sea change that will slow or reverse the spread of these laws remains to be seen.

But as State Senator Wendy Davis said during a noontime rally today at the Capitol, “We've witnessed how much we can accomplish when we demand accountability.”

While the overall thrust of your article is certainly correct, Washington State has also not passed any abortion restrictions since Roe v. Wade. In fact, we loosened our restrictions in 1991 by passing initiative 120 which declares that "very woman has the fundamental right to choose or refuse to have an abortion." Washington was the first state to legalize abortion by initiative, in the 1960s. Your source for the graph lists Washington as having late term abortion restrictions, a so-called "partial birth abortion" ban. Washington has no such thing. Initiative 694 in 1998 would have enacted such a ban, but it failed 57% to 43%.

Washington State does have such a thing. You actually stated it yourself - it's called Initiative 120. Scroll on down a little bit through that Initiative until you find the part about viability. In fairness, it is far less restrictive than most others, but it does limit when a woman can get an abortion by definition of viability, which is provided in 9.02.170 of I-120. This definition is provided by the physician based on the facts of the case; it is not defined explicitly. This is most probably what they mean by 'partial birth abortion ban'. 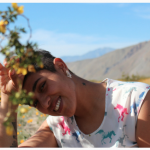 by VBF
La Loba Loca is dedicated to preserving and sharing "abuelita knowledge" as a political and social practice.