Will Diana Taurasi Be The---ahem--Sportsman of the Year? | Bitch Media

Will Diana Taurasi Be The---ahem--Sportsman of the Year? 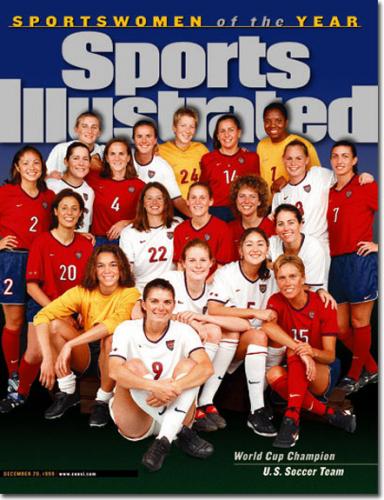 Since 1954, Sports Illustrated has honored the "Sportsman of the Year." Roger Bannister, the man who broke the four-minute mile, was the first Sportsman cover boy; Michael Phelps was the most recent one. In fifty-four years, the only female athletes honored have been the U.S. Women's Soccer Team (1999); runner Mary Decker (1983); and tennis player Chris Evert (1976). Three others shared the honor with men: tennis legend Billie Jean King with John Wooden (1972); gymnast Mary Lou Retten with Edwin Moses (1984); and speedskater Bonnie Blair with Johann Olav Koss (1994).

Total count: Two female standalone athletes and one team were honored, while three others were honored alongside a male sports figure, for a total of six times out of fifty-four opportunities that Sports Illustrated has celebrated the accomplishments of women athletes with its most prestigious yearly title. (I am leaving aside the time that the amorphous, "Athletes Who Care" were named Sportsman of the Year in 1987). On the occasion a woman takes the honor, then and only then, the title is gently renamed "Sportswoman of the Year."

It begs the question: what's the deal, yo? Not enough female athletic talent out there?

I beg to differ.

As it prepares to name its top athlete of 2009, the leading sports magazine is posting a series of essays that feature nominees by its columnists and is asking readers to vote for their favorites directly. 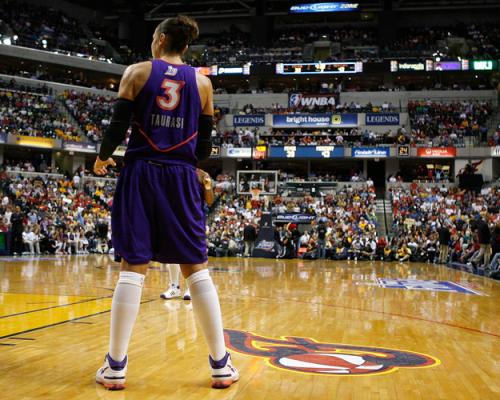 I was pleased to see SI's Jack McCallum nominate the indomitable Diana Taurasi, MVP of this year's WNBA champions, the Phoenix Mercury. It is particularly interesting because McCallum admits that he's new to the world of female ballplayers:

But though I am hardly a loyal women's hoops follower, I have the same response to the anti-WNBA-ers: Have you seen Diana Taurasi play?

I don't feel comfortable with my overall knowledge of women's basketball to declare that the Mercury swingwoman (is that a word?) is the greatest player ever. But she is the most recent link on the evolutionary chain that passes through Ann Meyers (now Taurasi's general manager), Nancy Lieberman, Cheryl Miller, Sheryl Swoopes and Lisa Leslie. (Chamique Holdsclaw has been limited by injuries, and let's give Candace Parker another year or two to see if she's in that class.)

It is no coincidence that wherever Taurasi goes, hardware appears. UConn won three straight NCAA championships and compiled a record of 139-8 with Taurasi leading the way in the early years of the century. Within the Nutmeg State, she became the diplomatic successor to another UConn star, Rebecca Lobo; even now, I wager, either could get elected governor by acclimation. Taurasi led Team USA to Olympic gold in 2004 and 2008, won three of the last four scoring titles and was the league MVP in 2009.

The 2009 WNBA championship was her second with Phoenix.

In the decisive Game 5 finale, Taurasi scored a game-high 26 points and made four of her last five three-point attempts. Why? Because that's what she does. It's part of the cutthroat brio that defines her. She's the same way off the court, aggressive, open-minded, free with her opinions. Forced to make the predictable comparison to a male player, the one that most closely fits is Magic Johnson. If the WNBA could get Taurasi in front of a microphone often enough, more fans would come around ... and stay to watch her play.)

I seconded McCallum's nomination for Taurasi in the reader's vote section. And I urge you all to step up and help SI out, because they are clearly blind to the phenomenal talent, skill, and exhilarating play of women athletes ... people like WNBA workhorses Cappie Pondexter and Nastia Liukin; runner (and focus of so much, too much, horrid distortion in the media) Caster Semanya; tennis players Serena and Venus Williams; swimmers Dara Torres and Natalie Coughlin; soccer goalkeeper Hope Solo; and softball pitcher Jennie Fitch. All of these--and so many more--are the top of their game. 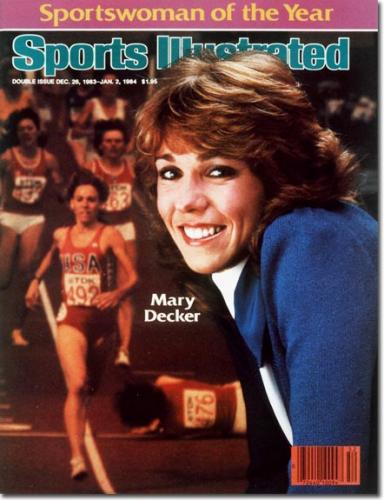 So let's shove it in their face. Let's champion the achievements of women athletes loudly and consistently enough so that it's hard for SI to ignore. I want to see the 2009 "Sportsman" of the Year to be a woman for the first time in ten years, one of what is still only a handful in the honor's history. (And I want to see the gendered title to be thrown in the dustbin... but that's another post.) Granted, the 2009 choice is probably already chosen (and the December magazine announcing it already at the printer). But unless we pipe up about the skill we see, we implicitly support the vacuum the SI team is living in and affirm the distorted expectations of who an "athlete" is.

The run-up to the announcement of the 2009 Sportsman of the Year is an opportunity to push the public conversation, to catalyze its evolution, to change the sporting world to one that is more accurate and inclusive. Let's take advantage of SI's forums, online essays, and other promotion by spotlighting the female athletes we admire. And let's use our own forums--blogs, social networking tools, our friends and family.

We are, after all, part of this world too. And it's time Sports Illustrated acknowledged as much--not out of charity, but out of an honest affirmation of the triumphs of women athletes (and their fans!). 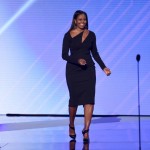 by Bitch HQ
Of course!