WIN Some, Lose Some | Bitch Media

WIN Some, Lose Some These days, the ham-fisted methods used by professional sports teams to recruit women into their fan base (and thus their customer base) are not particularly hard to spot—just look for the pink jerseys.

Or maybe just listen for Jeanne Zelasko’s voice. A veteran of FOX’s baseball anchor desk, Zelasko has taken on the play-by-play duties for the LA Dodgers’ WIN Network’s Internet radio broadcasts of Dodgers games. Her co-announcer, former Dodger Mark Sweeny, handles the color commentary. WIN stands for the “Women’s Initiative Network,” which, according to its Web page, “is a network of initiatives designed to bring women closer to the game of baseball, and to integrate baseball into women’s lifestyles.”

From what I can gather, this description is marketing-speak for “A Way to Figure Out How to Get More Women to Like Baseball, So That They Will Spend Their Money on More Pink Jerseys and Such.” WIN-ners hope to attract more women fans to the game via their Wednesday night, Zelasko-helmed broadcasts specifically aimed at women who know little about the sport.

There’s a lot going on here, of course, about the implications of sports marketing that targets women, but I’d like to focus on just a small part of it: the reaction of sports writer Caitlin Moscatello, who in a recent Salon.com article, picked apart WIN’s efforts to lure the ladies to the ballpark. Moscatello’s article, “Don’t Take Me Out to the Broad Game,” is an sort of survey critique of the situation; that is, it doesn’t delve too deep, but it provides plenty of scope, context, and some interesting points. A few of those points brought up a question I’d like to ask Jock Bitch readers, to see what y’all think.

“When I heard about the broadcasts,” Moscatello writes, “my leg practically broke from the knee-jerk. As a woman who has played sports, followed sports, and written about sports, the idea of being pulled aside and having the game “explained” to me and everyone else who doesn’t have a Y chromosome isn’t just insulting – it makes me wonder if the Dodgers’ front office is legally blind. Did they somehow miss the fact that more than 40 percent of the MLB fan base is female? It sounded like another boneheaded attempt at target marketing. You know, if you build it – and paint it pink – they will come.”

There are several good points here—who knew that more than 40 percent of MLB fans are female!—but I wonder about Moscatello’s complaint about WIN’s potential condescension, about her irritation at being “pulled aside.” I’m not sure I agree the idea of a broadcast that explains rudimentary baseball concepts is a bad one.

Here’s why: Of course, anyone who already knows the game, who’s studied it and written about it, who simply is a fan, doesn’t need Baseball 101 broadcasts. As someone who also fits that profile, I can fully understand why Moscatello feels talked down to. But what of people who want to learn about the game and who know nothing about it?
Sports lingo—especially when coupled with baseball’s constant stream of statistical data—is downright intimidating to the uninitiated. It makes sports seem unfriendly and inaccessible and boring.

The relationship of American boys to baseball evolves, as they grow, from learning the rudimentary and the rules to learning the subtleties and intricacies, and it’s the latter that makes the game so scintillating. Girls don’t get this education—it drops off when they are shuttled off to softball, or when athletic endeavors are considered less appropriate. Boys’ relationship with baseball grows in an organic way; girls’ relationship with baseball ceases to exist fairly early on, because it is not a default the way it is with boys. So by the time they are adults, men just sort of automatically know at least the basics, and usually much more, while for women, it takes a specific effort to learn about the Great Game.

So when Moscatello says, “I tuned in to listen to the debut, and I have to say, the broadcast wasn’t terrible…For most of the game, I sat with my ears perked, waiting for the condescending explanation of the infield fly rule or a double switch— but to no avail,”
I think she’s missing the point. An explanation of the infield fly rule is exactly what would draw more women into the game, and it would be a feminist action to boot. Explaining a few things in a crisp, smart, non-condescending way could be baseball’s way of saying, “Ya know, you deserve to know about this. Sorry we missed you on the first go-around.”

At the very least, it’d be better than a pink jersey.

In response to the post about the WIN network targeting more women fans, I agree that information about a sport that a chunk of women were never exposed to is not bad. What I find problematic is the pink jersey/ladies night route that some teams have tried; just this week, the Nationals held a Ladies night. From the National's website: "Join your Washington Nationals from 4:30 to 7:00 p.m. for a unique pregame happy hour followed by on-field action. Nationals Ladies Nights... feature Nationals player and celebrity appearances, party with DJ Chris Styles, complimentary massages, manicures, product samples, demonstrations, and food and beverages! Exclusive shopping opportunities: jewelry, handbags, cosmetics and more. Expect 2009 to be bigger and better than ever on the rooftop at Nationals Park! Men are welcome to join the party." I'm all for including women in a sport by explaining the infield fly rule, but the shallow marketing that Nats' used is tired.

As a woman who follows sports, my visceral reaction to this is to be somewhat insulted.

I have not, however, listened to the WIN broadcasts. I will say that a "Baseball 101"-type broadcast is probably, in general, a good idea. But why is it assumed that the people who don't understand baseball are all women? I think I would prefer this product in less gender-specific packaging.

Turning a ball game into a "ladies' night" by selling handbags and pedicures and offering alternate entertainment just nauseates me, though.

Agreed, Kate. I thought immediately of my dad and numerous male friends who don't know much about baseball and might feel intimidated by it at this point. There's no reason to make this gender specific.

I think it's a great idea to have a baseball 101 broadcast for baseball games. I think it's a horrible idea to target it at women. It's condescending and alienates the many men who might otherwise listen. I think it is a gross over-estimation to claim that ALL men know and understand baseball, and a gross over-simplification to think that if you proffer a "baseball is fun for girlz too" broadcast that women will come to enjoy the sport who haven't before. It's insulting and ridiculous. Try again, MLB.

As a woman who has played sport her whole life, the thing that annoys me most about this is that girls are "shuttled off to softball", and that "athletic endeavors are considered less appropriate" for teenage girls. We need to change the way girls are taught sport in schools, and how seriously we take their achievements. We need more respect for women's sport, more women's sport on TV, and less segregation in schools of "boys" and "girls" games - why can't girls play baseball? Then they wouldn't need a program to tell them the rules. 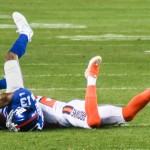