With Her Own Reality Show, Caitlyn Jenner Aims to Ease the Lives of All Trans People | Bitch Media

With Her Own Reality Show, Caitlyn Jenner Aims to Ease the Lives of All Trans People 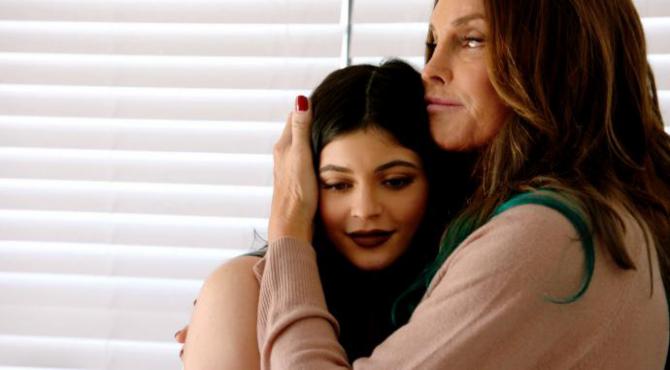 Caitlyn and Kylie Jenner in a scene from the first episode of new “docu-series” I Am Cait.

From the moment she announced her intention to transition, trans activists and allies worried about how Caitlyn Jenner would comport herself in the role of “the most famous trans person alive.” These fears stemmed largely from her Republican politics and her participation in the Kardashian media empire, an operation known for spinning reality shows out of nothing, and favoring spectacle to substance.

For this reason, though Caitlyn conducted herself with candor, dignity, and evident social conscience in her Diane Sawyer interview and her ESPY's award speech, I had a sense of dread regarding I Am Cait, her E! network docu-series (a reality show by any other name). Since the show is produced by the same team and airs on the same network as Keeping Up with the Kardashians, I wondered whether this new show could handle the manifold sensitive issues surrounding transgender identities and the trans community without lapsing into the superficiality and sensationalism the K crowd is known for.

If Sunday's pilot episode “Meeting Cait” is representative, the answer is “yes.” The show is an intriguing blend of trans activism, celebrity, and familial pain. I found the pilot to be gripping, splashy, and occasionally quite raw.

“Meeting Cait” begins with a bleary eyed Jenner confessing her fears to the camera after a sleepless night. Acknowledging her privileges and platform—resources she knows most trans folk lack—she says she wants to “make a difference in the world,” and that, “I hope I get it right.”  From there, the viewer is swept into the moment Jenner's Vanity Fair cover dropped. Surrounded by stylists and publicists, she appears giddy at the whirlwind her photos created. Stepdaughter Kim calls to alert Jenner that she's set to eclipse President Obama's twitter record for quickest account to attain a million followers. It's a great opening, demonstrating how impossible it is to separate Jenner's drama, which is quite real, from the curious world of celebrity, which magnifies, and perhaps cheapens, her every move.

The bulk of the episode involves Jenner meeting her mom and sisters for the first time as Caitlyn. The scenes are powerful, and, at times, painful. Riding in a car to Jenner's house, the visitors discuss Jenner's past, misgendering her the entire time. One sister recalls Caitlyn telling her about her identity, decades ago, but says she never followed up about it. “I thought counseling could help,” she says—meaning help Caitlyn not be trans.

Jenner invites a “gender expert,” Susan Landor, to help facilitate their talk. At one point, Caitlyn's mom, clearly worried, asks Landor about the Bible verse forbidding men from wearing women's clothes, and asks her for an interpretation. Landor replies that, to her, Caitlyn is a woman and always has been. These scenes, in their awkwardness, illustrate how deep transphobia's reach still goes in our culture. The love Jenner's family feels for her is obvious, but it does little to mitigate the discomfort they display. Acceptance is all Caitlyn asks of her family, though in her private moments, she worries whether she'll receive even that.

The show's high point, in terms of star wattage, comes with a visit by Kim and Kanye. Kanye lauds Jenner's courage, saying, “You couldn't have been up against more, and you're like, 'Fuck everybody. This is who I am.'” Kim and Caitlyn bond with a trip to Caitlyn's closet, where she shows off the free designer clothes she's received, and—discovering she and ex-wife Kris have the same dress—the two hatch a prank to create a “Who Wore it Best” contest between the former spouses. 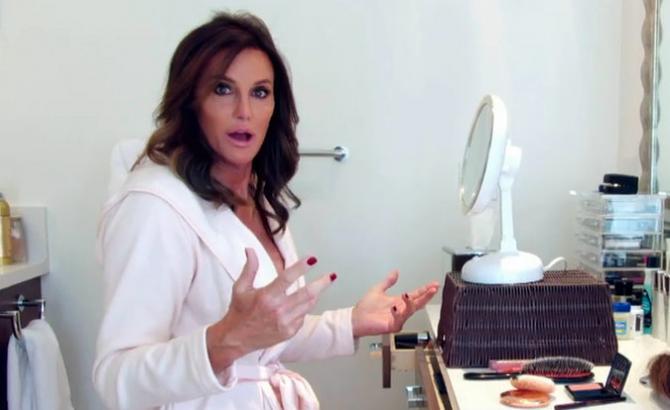 Midway through “Meeting Cait,” Caitlyn shows her mom a video about Kyler Prescott, a San Diego trans teen who'd killed himself recently. She talks about her own near suicide attempt and plans a visit to Prescott's family. Seeing her hunched over a laptop, learning about trans tragedies and reciting the horrible statistics about violence against trans women, it occurred to me her show could never have been a Kardashian-style spectacle. When trans people transition, in my experience, they face two overwhelming questions: “What happened to my life, that I spent it, until now, closeted and ashamed?” and “Am I going to be safe as myself?” For answers we go to the internet, and, more often than not, become politicized. From the previews of upcoming episodes, we see that journey is one Jenner takes. Except that being in possession of both a huge production budget and unlimited cultural influence, her journey occurs mainly in real life, as opposed to online.

“Meeting Cait” ends with another mashup of the ridiculous and sublime. On the way to San Diego to meet the Prescotts, Jenner switches cars twice to lose the paparazzi, noting that a photo of her at the time was selling for $250,000. Soon she's chatting with Kyler's mom, who tells her it wasn't bullying that drove her son to kill himself, but, “people in society” who couldn't understand how important it was for him to be addressed by his affirmed name and male pronouns. Jenner listens sympathetically, before asserting the need to change things and fight the stigmas that lead to trans youth suicide.

Optimism and fighting challenges appear to be Caitlyn's default mode—which explains both her Olympic decathlon victory and the show's mostly sunny tone. While the scenes with her mom and sisters felt achingly real, they did not lead to soul-searching confessions or emergency therapy appointments. Everything in I Am Cait feels substantive and it all proceeds briskly, and with a sense of purpose.

Quite often, while watching “Meeting Cait,” one might find occasion to ask, “Why was this filmed?” Since it’s a reality TV show, the answers that spring to mind are the familiar ones: money, fame, the decline of civilization, etcetera.  Despite asking the question myself several times, and wondering how much of what transpired was authentic, I was glad the family’s personal moments were being made public. Maybe the scene with Jenner watching the video of Kyler Prescott was staged—a production assistant could very likely have found the video about Kyler and asked Caitlyn to watch it. But even then, she did watch it and now so have the millions of people who watched her TV show. Staged or not, we all made the connection together between one famous, privileged, white trans woman, and a trans teen who killed himself, and the trans women Caitlyn mentioned who'd been murdered.

Caitlyn Jenner is taking a journey many trans people have taken before, a fact she often acknowledges. By sharing the journey and showing the pain and sorrow inherent in it to a vast audience, she's likely making the path less lonely and cold for the people who will follow. That’s cause to rejoice. Caitlyn Jenner said she hoped she'd “get it right.” So far, I'd say she has. I hope that in future episodes, the show continues to use Jenner's platform to highlight the lives of trans people with less privilege than her.

Related Reading: The Word Cisgender Is Now in the Oxford English Dictionary.