You Be The Judge | Bitch Media

You Be The Judge Women have comprised almost half of law school enrollments in the last three decades. But in terms of the federal judiciary, the numbers haven’t risen a bit. Currently, fewer than one in three of the judges on the federal courts of appeal are female. But you wouldn’t know that based on TV portrayals of judges.

About half of the judges on Law & Order: Special Victims Unit are women. In this procedural series, formidable women preside over the court including Judge Elizabeth Donnelly (Judith Light, of Who’s The Boss and Ugly Betty) and Judge Mary Clark (That Girl Marlo Thomas). In the episode “Persona,” Donnelly reveals that, decades ago before she was a successful judge, her law career hit a mortifying slump when murder defendant Linnie Malcolm escaped on her watch.

Donnelly had received a mysterious letter from Malcolm, an emotional plea to meet with her in private. Because Donnelly was one of the few female lawyers around, she stood on tenuous ground in the male-dominated district attorney’s office. When Malcolm absconded, the lawyer was ridiculed for years by her male coworkers, with anyone who made a mistake said to have “pulled a Donnelly.”

In the present day, when Donnelly and Malcolm meet again, she recuses herself as a judge and prosecutes instead. Malcolm then reveals that, back then, her letter to Donnelly was an attempt to buy time so that she could get an abortion and not have to carry her rapist’s fetus to term. “How could a woman like you ever understand a woman like me?” Malcolm asks, addressing Donnelly in the courtroom. A humbled Donnelly decides that when the verdict comes in, she’ll provide legal help to Malcolm by recommending probation rather than jail time.

“Persona“ ‘s narrative explores the fraught intersection between women and the law. In Donnelly’s early years, she needed to overcompensate in order to compete with her privileged male peers. When Malcolm’s escape calls Donnelly’s competence into question, Donnelly wrongly blames Malcolm rather than the system. It’s only decades later when Donnelly realizes that it’s really Malcolm, not she, who suffered the greater injustice. And it’s up to women like Donnelly to fix the system from within—for the sake of otherwise-privileged women like Donnelly, as well as disadvantaged women like Malcolm.

So what does this mean for women in real life? The lack of women on the judicial level matters not only in terms of gender parity, but in terms of setting legal precedents when it comes to gender discrimination, sexual violence, and other issues that more often than not impact women. Sure, most men are capable of reaching fair verdicts when it comes to women’s issues, but the straight-up inaccurate and dangerous attitudes we’ve seen from men toward the top of other branches of the U.S. government (ahem, Rep. Todd Akin) is cause for alarm. Which is why having more women in government in general, and the judicial branch in particular, is so important.

According to the National Women’s Law Center, “Approximately 30 percent of active United States district (or trial) court judges are women.” And, the NWLC points out, the numbers for women of color are even lower: While women can benefit from grassroots feminism, we can also benefit from change within the established system. The more women we have on the bench, the more we’ll have legal recourse when it comes to issues including abortion, sexual violence, and more. And in this month, the 40th anniversary of Roe v. Wade, we still see pushback from legislators who want to take away a woman’s right to choose. Having female voices in government is as pertinent now as it was back then.

Sonia Sotomayor, the third female Supreme Court justice and the first-ever Hispanic justice, wrote in her new memoir My Beloved World, “I’m not intimidated by challenges. My whole life has been one.” For her and the other female judges in the United States, the journey has been a struggle. But it meant breaking ground for a new generation of women to enter the field of law.

Should more women rise to the judicial ranks? You be the judge.

The absence of ladies on the legal level matters as far as sexual orientation equality, as well as regarding setting legitimate points of reference with regards to sexual orientation separation, sexual savagery, and different issues that more regularly than not affect ladies. Of course, generally men are equipped for arriving at reasonable verdicts in terms of ladies' issues, however the straight-up incorrect and risky disposition we've seen from men around the highest point of different limbs of the U.s. Todd Akin) is reason for alert. Which is the reason having more ladies in government as a rule, and the legal limb specifically, is so significant. <a href="http://www.austininjurylawyernow.com/">car accident attorney</a>

I and my assistant researchers hired their services through <a href="http://www.rushessay.com/essay.ph" rel="external">http://www.rushessay.com/essay.php</a> for a detailed research proposal we need to get a huge Government research grant. We needed a longish essay elaborating our viewpoint and vision about the project. The writers here created such a good copy that we secured the grant. Thanks.

Relevant: Pay Me What You Owe Me 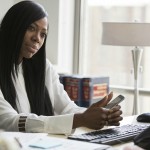