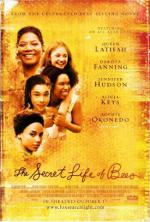 Big news from the NAACP Image Awards at the end of last week:
women took top honors in the film directing and writing categories.  Gina Prince-Bythewood won the prize for Outstanding Directing in a Motion Picture for The Secret Life of Bees, while Jenny Lumet took home honors for Outstanding Writing in a Motion Picture for Rachel Getting Married.  Best Picture honors also went to The Secret Life Bees.  What’s more, women were represented almost equally in the writing and directing categories, with Prince-Bythewood earning a nomination for writing, and Darnell Martin earning writing and directing nods for Cadillac Records.

This
is great news during the awards season homestretch.  While the media is
busy contemplating Kate Winslet’s potential acceptance speech meltdown,
it’s a welcome sight to see more recognition of women who are MAKING
films.