VIDA: Women in Literary Arts recently released several large pie charts comparing how women and men are published in some of the largest literary magazines—who’s reviewing books, whose books are being reviewed, and who’s being interviewed. Out of 40 charts, women outnumbered men on only two of them.

VIDA writes, “The truth is, these numbers don’t lie. But that is just the beginning of this story. What, then, are they really telling us? We know women write. We know women read. It’s time to begin asking why the 2010 numbers don’t reflect those facts with any equity.”

The first thing I thought of after seeing VIDA’s findings was Anna Clark’s 2008 Bitch magazine article, The Ambition Condition: Women, Writing and the Problem of Success.

For starters, Clark pointed out the lack of female reviewers for the Virginia Quarterly Review (they had a gender ratio of 5:29 in the 2006 byline), and was told by the editor that “We don’t get enough quality submissions by women.” But Clark goes beyond numbers: the discouragement of female writers is unquantifiable.

There’s no simple gender indicator for the weird fusion of insecurity and ambition, of the feigned nonchalance and quiet competitiveness that’s common in writers of all sorts. But these traits are complicated by the cultural caricatures of ambitious women and the uneven historical patterns that have dictated whose talent is rewarded and whose isn’t.  Whether they write novels or cover stories or op-eds, even the most talented women writers often aren’t validated in the same way that their male counterparts are.

I highly recommend reading the entire article for anyone who’s wondering where the missing numbers are. Clark examines how female ambition is punished in pop culture and reality alike (remember the backlash to Emily Gould’s New York Times Magazine feature?), the “I’m not a poet, but…” sentimentality, and she traces a history of women being hard on themselves and deferring their dreams:

Emily Dickinson’s younger sister was the first to discover her poems; the first collection was published four years after the poet’s funeral. Zora Neale Hurston—who once wrote to her patron, Annie Nathan Meyer, “Oh, if you knew my dreams! My vaulting ambition… I dream such wonderfully complete [dreams], so radiant in astral beauty. I have not the power yet to make them come true. They always die. But even as they fade, I have others”—died in poverty with all her books out of print. Even Dorothy Parker, who published copiously in her lifetime, was prone to disclaimers that convey the same tentativeness of so many writers who apologize for their work before they share it: She suggested “Excuse My Dust” as her tombstone epitaph.

In my personal experience as a writer in the publishing field (a field that’s filled with women, by the way), I see young writers doing this a lot—women speaking humbly and in self-deprecating terms of their own writing (myself included), while male friends of splaying their latest work onto their various blogs, Facebook pages, or Twitter feeds. While there is great work from both, there’s no doubt in my mind who is getting their name out more and who feels validated about their work (and are more likely to submit it to journals).

VIDA wants to know what you think. Here’s some more ideas on what to do: Check out She Writes and other online writing communities, question the literary canon (See: Chally’s recent Iconography Series), and make an effort to encourage all the writers in your life—yourself included.

Been thinking about the VIDA census for the last couple of days, & am thrilled to have this link to Anna Clark's article, TX! And have also watched two videos, first Patti Smith's interview with Charlie Rose about her book Just Kids (which I'd just read): http://tinyurl.com/6c8hajx. There Patti talks about the confidence Robert Mapplethorpe gave her, and I ended up longing for my own Robert(a) Mapplethorpe.

Then I watched Elizabeth Gilbert, who wrote Eat Pray Love, talking about the creative process, with an extraordinary story about a poet I'd never heard of, called (I think) Ruth Stone: http://on.ted.com/8t8P. It was an amazing talk, and I think it's very helpful for any writer, especially women who don't have the Mapplethorpe copnfidence-giving advantage.

In New Zealand, I studied Creative Writing (MA, PhD) at the international Institute of Modern Letters, and came to believe that as an institution, over many years, it had provided resources that ensure that the VIDA-type statistics in New Zealand show that women are very very well represented as grant recipients, as published writers, as reviewers and the reviewed, as award-winners (with one exception). I wrote about this in parts 4- 5 of this post: http://wellywoodwoman.blogspot.com/2009/12/moving-forward.html.

I'm so pleased that lots of us share this concern, and hope we can keep talking about it and sharing information.

I'm glad I'm not the only one who was put off by Elliot's assumption. WE, women, need to force a major cultural shift in this country and elsewhere. Equality won't be given. It almost never is. I'm proud to be working with and privy to the workings of the women of VIDA, and encourage every one, male, female, somewhere in between or neither, to examine your internal bias about what constitutes "good" writing that is "worthy" of publication. Onward.

I completely agree. As a writer who completed her Master's degree as the only female student in a class of three, I can absolutely vouch for the fact that women have a tendency to downplay their writing. I did it (I cringe, but it's the truth) all of the time.

The statistics from VIDA have been bubbling in my head for the past few days -- my knee jerk reaction to the article can be found here: http://bit.ly/hYQtKO But I've no doubt more "reactions" will come in the next few weeks ... thanks so much for posting links to these other articles! Encouraged and onward we go!

I saw the VIDA 2010 Count and went through my own publication, Shelf Unbound indie literary magazine, to see how we rate. 50% of books we've featured are by women; 55% of our reviews were written by women. We're owned/run by women. Our formula? Seeking the best books from indie presses and self-published authors. As it should be, we're finding that HALF of those best books are by women. -- Margaret Brown, Publisher, Shelf Unbound, margaret@shelfmediagroup.com

These charts tell a baffling and infuriating story. As a male writer who spent the last decade trying to get a novel published, I've paid close attention to the industry. And over the years it's been my observation that there are far more women writing (check any online writers community), far more women reading (look around any commercial airliner), and far more women selling books (watch the Deals section of Publishers Marketplace) than men. I had just come to accept these facts and be relegated to the minority, since what I've observed has been so consistent. While somewhat less pervasive, it has also seemed to me that there were more female agents and editors than men, but I lack any substantive documentation to back up that observation.

So when the Franzen ruckus started, I was really surprised to see how heavily male-skewed the most popular (and powerful) book reviewing mechanisms are. If this is (as I'd submit) such a female-oriented business, why the hell is it being packaged by these media vehicles as a male-dominated business? But every quantitative study I've seen shows the same disproportionate emphasis on male writers.

I agree, it's ridiculous. And I hope that the increased attention recently focused on this imbalance starts to prompt some change. You'd think that in the arts of all places, such "old school" mentalities would be evaporating more quickly.

<blockquote>But there’s a lot of presumption in that statement, and the statements that follow. Do women write as much as men?</blockquote>

Cakes kind of beat me to it, but I was just quoting your post verbatim.

But to get beyond that, I think "Why aren't women submitting as much work to magazines as men?" might be a better question than "Are women submitting as much work to magazines as men?". For me, this issue is simply one that goes beyond numbers (which is why I don't even think these pie charts are the greatest measuring tool). Even if we did compare VIDA's figures to how many literary books were published by women, or the number of pitches sent in by women, that only tells us one part of a bigger picture about cultural attitudes about women and writing. That's why I think Anna Clark's piece is so great. I'd love to hear your thoughts on it if you've read it yet.
____________
<b>Kjerstin Johnson, Web content manager</b>
<a href="/comments-policy">Did someone say "Comments Policy"?</a>

I wonder if the gender ratios would change if the book publishing establishment would institute a sort of "blind audition" as has been done in US symphonies over the past 30 years.

Since 1970 symphonies implemented "blind" auditions whereby each candidate for a position in the orchestra would walk into the audition room in stocking feet and perform while hidden by a screen. The proportion of female musicians in the top five American orchestras grew from less than 5 percent in 1970 to 25 percent in 1997. (source: Gene Koretz, "Women Storm the Symphony: How Blind Auditions Cut Gender Bias" Business Week, March 17, 1997.)

That said, I don't know how such an idea could become widespread, unless people made a pact to submit manuscripts with an initial instead of a first name.

just wanted to throw in my perspective as a magazine editor. in terms of literary work (mostly poetry, which we almost never publish from the slush pile, and a little fiction), i would estimate that i receive a few more submissions over the transom from women than men. 95% of it is terrible. most of the rest is inappropriate for our magazine, which most of the writers have never read in the first place. gender has nothing to do with it.

on the other hand, gender does affect what makes it into the magazine. my co editors are male and connect us with more male writers and artists than women writers and artists. i tend to ask more women to write for us. in the end it balances out to some extent. but if i left the magazine, i reckon it would print fewer women.

My comment about VIDA, the counters of women in literature, has been highlighted by "Forbes Magazine," here is the link:
http://www.forbes.com/sites/jasonoberholtzer/2012/02/29/women-in-publica...

It's too easy to say, "women just don't write as much as men," or like science as much as men, or direct Academy-Award winning films as much as men, instead of examining the cultural attitudes surrounding these fields. <a href="http://www.forexeasynow.com">Fen EA</a>

Zora Neale Hurston—who once wrote to her patron, Annie Nathan Meyer, "Oh, if you knew my dreams! My vaulting ambition… I dream such wonderfully complete [dreams], so radiant in astral beauty <a href="http://phen375benefits.com">phen375</a>

I see young writers doing this a lot—women speaking humbly and in self-deprecating terms of their own writing (myself included), while male friends of splaying their latest work onto their various blogs, Facebook pages, or Twitter feeds <a href="http://www.healthybodyme.net/healthybodyme-sitemap">Health</a>

This is such a great resource that you are providing and you give it away for free. I enjoy seeing websites that understand the value of providing a prime resource for free <a href="http://thebonsaipot.com/bonsai-books/">bonsai books</a>

What I don't understand is how you're not even more popular than you are now. You're just so intelligent. You know so much about this subject, made me think about it from so many different angles <a href="http://fruits2vegetable.blog.com">Health Benefits</a>

This topic has always been one of my favorite subjects to read about. I have found your post to be very rousing and full of good information. I will check your other articles <a href="http://aloeverame.edublogs.org">Health</a> 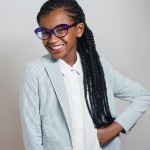