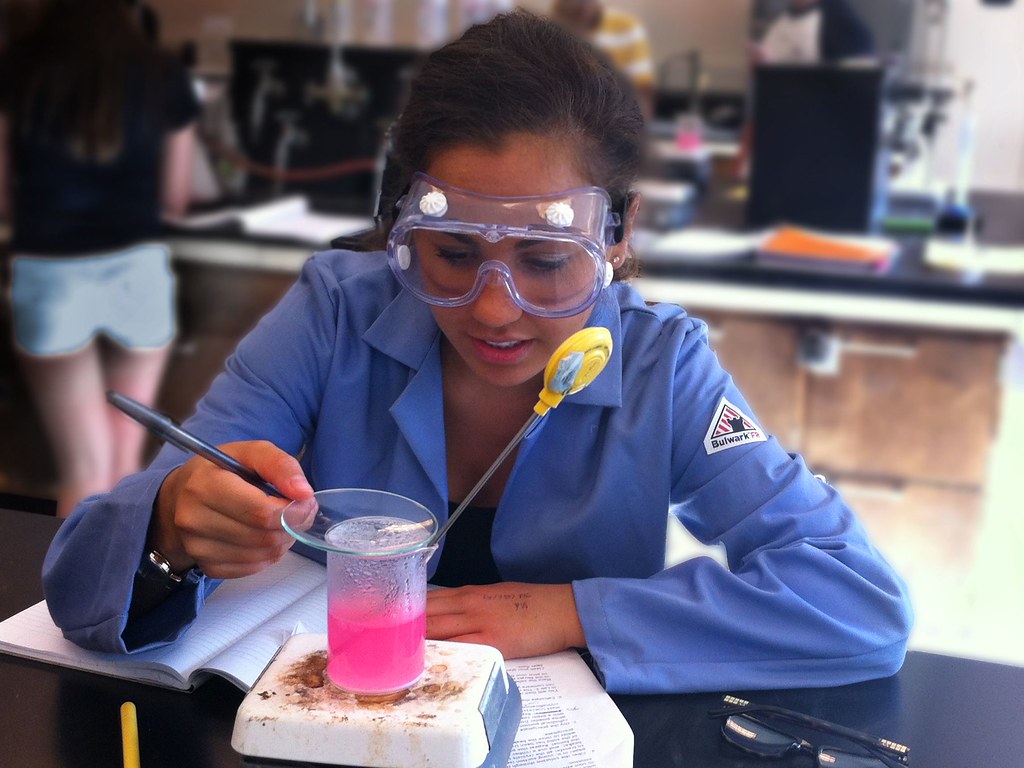 Almost half of Black and Latina women working as scientists have been mistaken for a janitor or administrator their offices, reveals a new report on the experiences of women of color working in science, technology, engineering, and math (STEM) fields.

As one Latina statistician told researchers, “I always amuse my friends with my janitor stories, but it has happened not only at weird hours.” She calmly informed someone that she had the key to the office, not the janitor’s closet.

That detail is part of “Double Jeopardy: Gender Bias Against Women of Color in Science,” the new report by the Center for WorkLife Law at the University of California that surveyed 500 female scientists and conducted in-depth interviews with 60 more. It provides a damning look at how gender and racial bias impacts women’s mental health and careers. 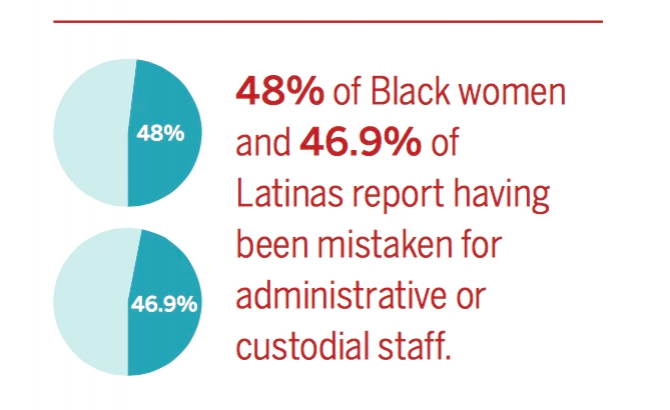 The conventional wisdom is that women don’t work in the sciences at the same rate as men because of a lack of early encouragement for girls to pursue STEM careers and because they’re more likely to leave careers to have kids. But the interviews show that those explanations leave out the hostile and discouraging environment that many women face in male-dominated classrooms, offices, and labs. Of the 60 scientists interviewed in the report, 100 percent reported that they had experienced gender discrimination during their careers. More than 75 percent of the African-American women scientists surveyed reported having to prove their intelligence over and over again. They feel they can’t afford to make a single mistake.

1. Prove It Again: Women often have to provide more evidence of being competent to be treated as equally capable as men. Even then, one study found that when a man and a woman had equal math skills, 90 percent of the time, employers would choose to hire the man.

2. The Tightrope: Women find themselves walking a fine line between being seen as “too feminine to be competent” and “too masculine to be likable.” Half of all the women interviewed said they experienced backlash for being assertive. Latina women in STEM fields are especially likely to say that their coworkers accuse them of being “angry.”

3. The Maternal Wall: Women working in STEM fields face the assumption from their colleagues that their commitment to their work will fade if they have kids. On the other hand, many women without kids report being expected to work longer hours because they aren’t raising children.

4. Tug of War: Women who experience gender bias early in their careers are more likely to distance themselves from women. The researchers call this the “queen bee” effect. Game designer Elizabeth Sampat recently discussed this on our podcast as a “cool girl in the boy’s club” situation.

While the reality this report presents is depressing, it is also likely affirming for women working in STEM fields to know that the pushback and often-subtle discrimination they face isn’t happening to them alone. This research all points the reality that the lack of women—and especially women of color—in labs, computer-science jobs, and math careers across the country is symptomatic of deep racism and sexism in our culture. Feel-good early education campaigns encouraging young girls to pursue their interest in science are absolutely necessary. But with that, we also need to challenge the dark and nasty cultural problems of engrained racism and sexism. The report points out that gender bias and tokenism is most persistent in fields where women make up less than 20 percent of workers. In order to help the number of female scientists grow, we need to get to a point where none of them are routinely mistaken for janitors.

Sarah Mirk is Bitch Media’s online editor. At one point, she wanted to be a neuroscientist. Or an archaeologist.

Hi Buttonpod,
This report didn't survey men, so I don't have those numbers. But I just looked up the comparison in the study. If you click through to the report, this info is on page 45: "Nearly half of Black women (48%) and Latinas (46.9%) report having been mistaken for administrative or custodial staff, an experience far less common for White (32.4%) and Asian-American women scientists."

Why can't you just the read the article and think about it?

Since when have white women ever been thought stereotyped as uneducated and/or as working manual labor jobs. It's not a competition to see what group of women are oppressed, but it's definitely a fact that Latina and black women are treated much worse than white women.