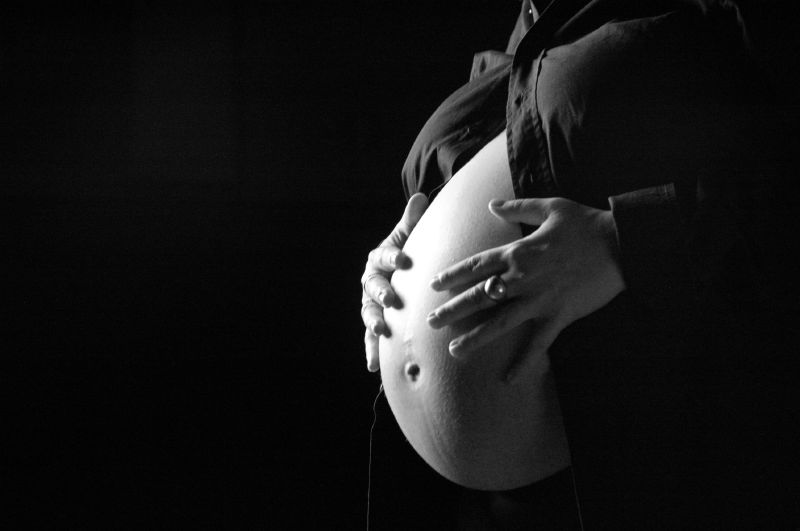 In the workplace, pregnancy should be seen as normal—not as a burden to an employer. Photo via Creative Commons.

Parents in the workplace certainly get mixed messages about their legal rights. This winter, courts ruled that a Fortune 100 company can legally discriminate against an employee for needing to pump her breast milk and can bully her into resigning on her first day back from maternity leave.  On the other hand, last month the Supreme Court ruled that major company must make reasonable efforts to accommodate a pregnant woman whose doctor told her not to lift more than 20 pounds. This last case is a small victory that may be hard to understand or apply. One thing is clear, though: American workers are treated as costs, not as people with ordinary needs and families. Workers who gestate, give birth to, and nurse infants are treated as a disruptions to the workforce.

Outright job discrimination against pregnant women has only been illegal since 1978. That’s the year Congress amended Title VII of the Civil Rights Act with the Pregnancy Discrimination Act, making explicitly clear that it’s illegal to refuse to hire women because of pregnancy or pregnancy-related conditions. Mandatory unpaid maternity leaves were legal until 1974. But more than 35 years after the Pregnancy Discrimination Act was passed, the Equal Opportunity Employment Commission enforcement records show that some employers still don’t know that openly refusing to hire a woman because of pregnancy (or terminating her for becoming pregnant) is illegal. And, of course, we’re the only industrialized country in the world that doesn’t have universal paid maternity leave. 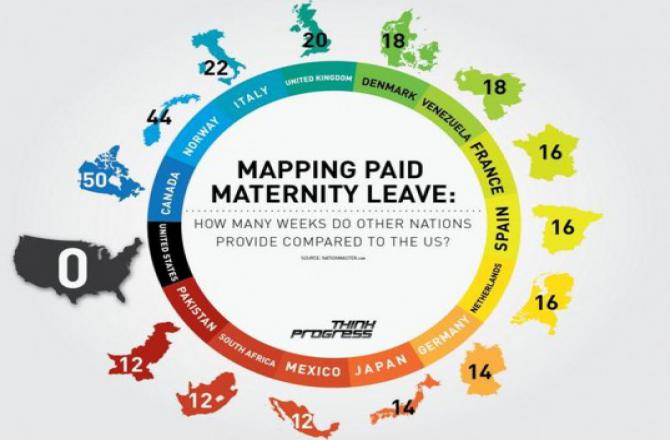 Two recent national cases dealing with pregnant and nursing women show the challenges new and aspiring parents face in the workplace. Let’s start with the better news. On March 25, 2015 the Supreme Court decided a case called Young v. UPS, and held that UPS worker Peggy Young had a right to sue her employer for not accommodating a pregnancy-related medical condition. In 2006, Peggy Young was a driver for UPS. Her job description required lifting boxes that weighed up to 70 pounds. Because of her history of miscarriage, her doctor gave her a 20 lb. weight-lifting restriction during her pregnancy. She requested a light duty accommodation on the job. UPS only made accommodations for three large groups of employees: people injured on the job, people eligible for an accommodation under the ADA, and people who had lost their commercial driver’s licenses due to a medical condition or a legal condition such as a drunk driving conviction. Instead of accommodating her request, UPS placed Young on unpaid leave. This is especially irksome because Young drove for the UPS service that primarily delivered letters and light overnight packages, so she rarely if ever had to lift significant amounts of weight. Still, UPS decided to  make her go without pay rather than accommodating her.

The dispute over whether or not UPS had to accommodate Young centered around whether their policy was “pregnancy neutral” and therefore in compliance with the law. In other words, a company could decline to accommodate some or all pregnant employees, as long as they did not explicitly carve out pregnancy as a condition they did not accommodate. After the lower courts dismissed Young’s suit, the Supreme Court sent it back to give Young another bite at the apple: UPS had to show not just that their policy was “neutral” but that pregnant employees were not treated differently from employees who were similar in their need for light duty. She gets to go back to the lower court, nine years after UPS forced her to go on unpaid leave, and go to trial. As a practical matter, the case will almost certainly settle, but what this means in the future is that women have a right to argue their cases, but still no definitive standard for how employers must treat them. Instead, the law puts limitations associated with pregnancy in with all limitations and requires that employers simply treat them equally well or equally badly. Nonetheless, Young made a difference for future UPS employees: UPS changed its policies before the decision came out even though in court the company stood by its right to discriminate. 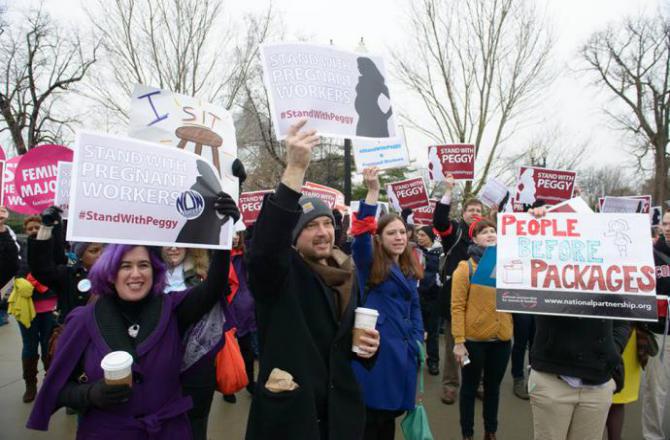 Meanwhile, over at Nationwide Insurance in Iowa, Angela Ames gave birth in May 2010 and returned to work just over two months later in July 2010. Her immediate supervisor had a history of making disparaging remarks about Ames’ pregnancy and her planned pregnancy leave. On her first day back to work, Ames needed to express breast-milk—but her coworkers told her there was a three-day waiting period to gain access to the company’s lactation room. Anyone with the most basic biological understanding of lactation would know that is physically impossible. Rather than making an exception for Ames, the nurse offered her the “sick room,” which was occupied. Ames’ supervisor, having twice said providing lactation space was not her responsibility, dictated a resignation letter to Ames and told her to “go home to her babies.”

Ames sued Nationwide. The trial court decided she did not have enough of a case to go to a jury because she couldn’t show that she had been “constructively discharged”—fired by being forced to quit. The court expected that a woman with painfully engorged breasts, on her first day back at work, and who was being actively disparaged by a direct superior, should have gone to HR and protested her treatment instead of “resigning” on the spot. Ms. Ames appealed her case and in March 2014, the Federal Appeals Court agreed with the lower court. In January 2015, the U.S. Supreme Court declined to hear her case, letting the 8th Circuit’s decision stand. This means that until the laws we currently have to protect against this kind of discrimination are made clearer and stronger, every case brought by a nursing mother alleging unreasonable burdens on her right to express milk to feed her baby is going to be a harder battle to fight.

There is a gap in the Ames case that might offer some comfort. For whatever reason, the issue of whether Nationwide violated the Break Time for Nursing Mothers law wasn’t litigated. The law went into effect in March 2010, just months before Ames returned to work. It requires many (but not all) employers to provide (unpaid) break time and a private, non-bathroom place for employees to express milk when they need to do so. The Nursing Mothers law should protect against exactly the type of treatment Nationwide meted out to Ames. Still, the burden of building better working conditions for moms falls on employees who have to prove discrimination in various ways.

The proposed Pregnant Workers Fairness Act would plug this hole in the Pregnancy Discrimination Act. It was introduced in Congress in 2013 and is scheduled to be introduced again in 2015. Some states already have similar laws in place. The federal law would require employers to make “reasonable accommodations” for pregnancy and pregnancy-related conditions unless it would be “unduly burdensome” for the employer to do so. It’s this language that illuminates that heart of the problem. The entire legal framework for dealing with the human tendency to reproduce assumes it’s a “burden” for employers. Each law passed represents an incremental expansion of protection after a hard fought turf battle over the costs to employers. Employers can and have refused tiny accommodations that make the difference between being unemployed or employed or having a healthy pregnancy or not for pregnant and nursing moms.

Setting aside the general requirement of compromise in the sausage-making process of passing laws, we are dealing with a fundamentally anti-family, anti-caregiving point of reference for the work place. Requiring women to show that their needs while pregnant are “reasonable” assumes that the default human worker is never pregnant or nursing. Workers affected by pregnancy or nursing are still measured by how closely they can function like someone who is not pregnant. The employers’ right to assign anyone to any task at any time is the natural state of the affairs and everything else has to be justified. Pregnancy and breastfeeding are not the only areas where work culture erases human needs. Sick leave (or the lack of it) and scheduling that is predictable enough to allow for consistent income and child care are problems as well. But pregnancy discrimination in particular highlights the question: Why, in such a rich and technologically advanced society, can’t we create a culture that assumes many people get pregnant, rather than wringing our hands over “accommodating” it?

Related Reading: It’s a Problem When Laws Protect Fetuses, but not Pregnant Women.

Elleanor Chin is a lawyer, writer, mother and spouse. She lives in Portland, Oregon and writes about family and culture at www.ragecreationjoy.wordpress.com

Thank you for writing this piece. I'm at home with a newborn. Unfortunately before becoming pregnant I didn't fully understand how awful the laws are for pregnant women, and for new parents wanting to care for their infants without going bankrupt.

Thank you for writing this. I'm a lawyer who represents women who are pregnant, nursing, or caregivers, and their rights are often trampled on simply because employers view pregnancy as this "female extra" that is a woman's cross to bear. Peggy Young finally got her justice, but it took almost a decade. Her infant is now seven years old. What woman wants to go through that? Pregnant Workers' Fairness Acts (PWFAs) are an easy solution to this problem, but with the Republican party in control of Congress, it's unlikely to happen at the federal level. Many states have passed laws to require accommodation of pregnant women, including California. There is a coalition in Massachusetts (where I live) lobbying to pass just such a law.

An explanation of why we need PWFAs is here: http://www.todaysworkplace.org/2015/04/01/congratulations-to-peggy-young...

A study by the Equal Rights Advocates in California found that after the passage of California's law, the incidence of lawsuits over accommodation actually went down. So, these aren't burdensome on businesses--they actually help businesses keep from getting sued and spending time, money and effort on defending a lawsuit.

The problem in the Ames case is a harder one to remedy.  In that case, it appears that the judges could not grasp the situation Ms. Ames was in. While it's not the most exciting issue, the composition of the federal judiciary is important because more diversity mean fewer decisions that are so contrary to reality.

One more comment about the Nursing Mothers part of the FLSA: the court in Ames decided that the provision doesn't allow an individual to sue. Ms. Ames brought a suit under the provision but the court dismissed it.