The headline alone is enough to bring on an eye-roll headache: “Are Modern Men Manly Enough?” And the head-desk-inducing subheaders will only make it worse: “Where are the Meat and Potato Men?” “Rediscover the Don Draper Within” and so on. The Times is no stranger to trumped-up trend pieces, and the photo accompanying this article, of a man getting a—gasp!—pedicure, says it all (“it all” being: this is a gender panic piece because WHY ARE MEN GOING TO BEAUTY PARLORS? Real quote from this series: “We don’t need to see you [men] in the nail salon; you have the barbershop.”). Frankly, with all of the hand-wringing and gender policing, this New York Times opinion piece reads like, well, like it was written about women. After all, women are usually the ones whose very being is called into question by the mainstream media, especially in relation to men (Are you pleasing him in bed? Is your job a turnoff? Are you womanly enough?). But just as there’s no one “real woman,” the notion of a “real man” is bogus. Not that the Times agrees.

A manly man is:

The kind of guy who can build you a log cabin on a whim with his own bare, callused hands; who can lift you up with one enveloping arm while the other steers the lawn mower; who can shamelessly peel the meat off a sparerib with his maxillary lateral incisors, like some sort of ravenous primate.

Maybe feminism is to blame?

I got messed up by my feminist mom in the 1970s, who taught me that gender was a social construct. I can’t believe that social experiment went on as long as it did, since it’s clear by month six of having a child that William does not want a doll. Ladies do go first. We are not free to be you and me.

There is plenty of talk about meat, body odor, heterosexuality, and our bizarre idolization of a fictional asshole.

To be fair, this is a “Room For Debate” piece that includes a few more nuanced takes as well, but the overall tone is definitely one of stereotyping and heterosexual freak outs. As Jill points out at Feministe, “It’s mostly a group of people whining about how men aren’t sufficiently manly, without any real look at how we’ve constructed masculinity and how our limited views on men’s roles do very real damage to all of us.”

Interrogating stereotypes and questioning expectations is always a good thing, but when our paper of record is devoting column inches to berating men who dare to wear cologne or can’t fix the sink, we’re missing the point. And Free to Be You and Me is awesome, no matter what the Times has to say about it.

This makes my life hurt.

If we must resort to stereotypes, why can't we at least highlight the more admirable aspects of feminine stereotypes - nurturing, patience, sensitivity (not in a phony weeping at soap operas and forcing men to miss their football games to hand us kleenexes sense but in terms of empathy for others), ability to make peace and bring people together - instead of keying on things that are not in any way part of natural, primal femininity - "mani-pedis," makeup, hair removal, being slaves to fashion? This princess/diva BS has gone way too far. It's no more good for women than it is for men. The real issue isn't between the sexes but the fact that our entire society is decadent, materialistic, and superficial.

As far as I can see it, ultimately this kind of rhetoric hurts everyone. It hurts women, it hurts femme men, and it REALLY hurts trans women, because I'd bet a whole pile of money that these "manly men" would see it as the ultimate betrayal to see a male-assigned individual assert herself as a woman.

I'm so tired of all these expectations of what people have to be like that just hurt everyone! 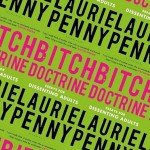