Wouldn’t it be so funny if a company marketed a “smart” camera by making fun of a “stupid” woman? Take it away, Samsung! Too smart for Amy. Too obnoxious for the general public.

Samsung launched their latest SMART camera at the Westfield shopping centre in East London with a campaign featuring British reality television personality Amy Childs. Get it? The camera is too smart for her!

Though I’m sure Samsung would say this ad is just for LOLz and not meant to be sexist in any way, Childs’ vacant eyes, super girly styling and pose, and open-mouthed blowup doll facial expression say otherwise. With all of the “smart” technology out there, is this really the best they could do?

H/T Jim Lynn and Jason for the tip!

agreed, but it's the only way is essex! it's like having jessica simpson in her "chicken of the sea" days admit to being a disgusting willfully ignorant and sick to the stomach idiot. she was perpetuating a dumb girl before samsung exploited it. title should be WTF amy? too rich and purposely stupid to succumb to a stereotype of women... and women from essex.

also. look at that photoshop work.

I was going to say the same thing about the 'shopping. Those knees!

that a woman is trying to take advantage of the sexism she has to face isn't new and just one way to deal with oppression - even though a bad way of course. that doesn't change the fact that there is sexism with or without her reinforcing it and that's why i am happy that the article blames samsung and not amy.

This is obvious trolling by Samsung - it cannot be anything else. It is just being used to generate publicity at any cost. So, if we protest against the sexism of the ad, they get publicity, iif we don't it stays in the public domain reinforcing sexism. Only option - ARE YOU LISTENING SAMSUNG - is not to buy their products. Nice one boys - you have obviously forgotten that something like 80% of all purchasing decisions are made by women and this includes gadgets. @JLOsm

I hate to disagree but you have to have watched the show to really understand.
This is NOT sexism that amy childs was 'faced with'- she pretended to be stupid at EVERY opportunity possible and has made a lot of money out of it as well.
I wouldn't be surprised if she came up with this slogan- it's all a part of her brand! It didn't say 'too smart for women'- it said 'too smart for AMY'- any english person engaged with the show will understand.

@Georgie: Regardless of whether or not Amy pretended to be stupid during TOWIE, it doesn't detract from the fact that a major international company have deemed it appropriate to market their products by poking fun at a "stupid" woman. We do not exist in a cultural vacuum and I am so tired of being inundated with media that tells women we're not measuring up in one way or another. Yeah - Amy may be complicit in this but, as the third commenter states, "a woman trying to take advantage of the sexism she has to face isn't new and just one way to deal with oppression". Even if she thinks this is OK, Samsung should know better.

I write this as an English person who has "engaged" with the show.

I agree that it's a little distasteful, but then controversy is a tactic in itself in the advertising world. In a way, sadly, by ranting about it you've just given this rather crude piece of advertising far more value by alerting attention to it. Alternatively, we can quietly chose to ignore things like this.

It's difficult for me to care, esp. when the "stupid man in cleaning product adverts" meme exists too. That doesn't make it any better that ads like this offend you, but sometimes a little perspective helps.

Btw, tired of being inundated by crappy media? Boycott it. Seriously. My self-esteem and contentment level rocketed as soon as I gave up women's magazines and threw away my TV.

Did you see this ad recently on TV-how Dr. Pepper "is not for women" commercial:

I think it's really annoying how it's playing constantly on channels. 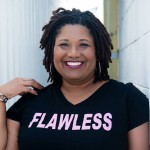