Born in Matsumoto, Japan in 1929, Kusama had a rough childhood. Starting at a very young age, she would have vivid hallucinations which were compounded by an abusive and unloving relationship with her mother. These hallucinations took the form of circles and dots, repeating themselves ad infinitum, covering Kusama’s surroundings and her own body. These polka dot patterns, what she called “infinity nets,” would become the obsessive trademark in her art; physical manifestations of her mental illness and touchstones for her continued existence - Kusama often mentioned that without art, she would have died a long time ago.

Painting and drawing were Kusama’s only means of escape and by age twelve, she was already a prolific artist. In 1955, she wrote to one of her heroes, Georgia O’Keefe, seeking advice “on the first step of a long difficult life of a painter.” Georgia’s response - “When you get to New York take your pictures under your arm and show them to anyone who might be interested.” Kusama did just that - moving to New York City in 1958 and quickly gaining notice and popularity with her minimalistic, organic, one or two color paintings. 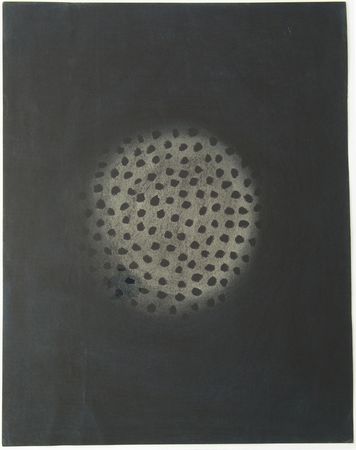 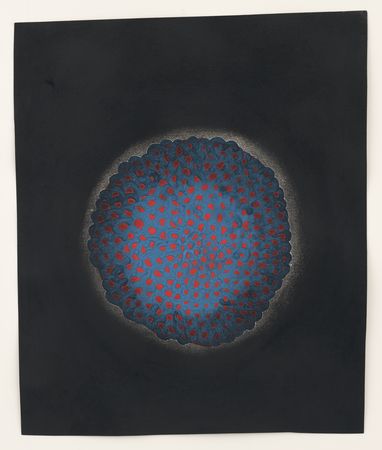 Her work evolved quite rapidly as she was never satisfied or willing to settle for any categorization or grouping with other well-known contemporaries of the Pop, Minimalism, Surrealism, Abstract Expressionism ilk. Pretty soon Kusama was painting monochrome, wall-sized murals which reflected her growing desire to completely fill spaces with art. 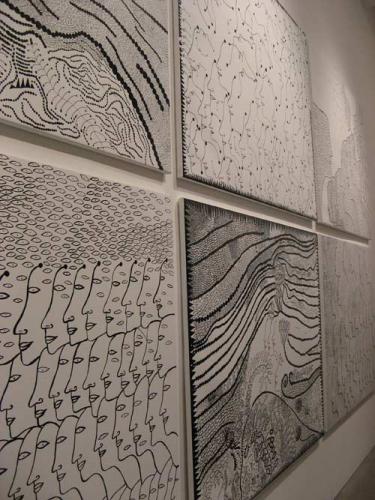 In the 1960s, she soon became a leader in the avant-garde, counter-culture movement by staging happenings and performances in historic locations around New York City, most as protests to the Vietnam War. Most of the happenings carried on to Europe. 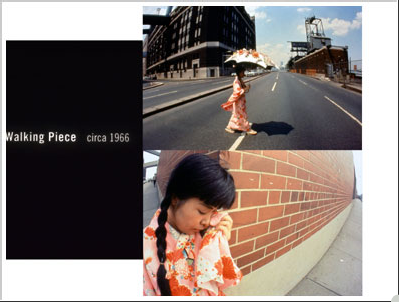 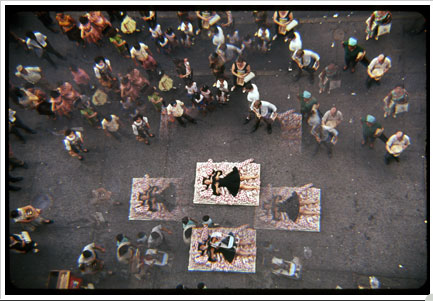 Not to be stopped, Kusama experimented with textiles, fashion, furniture and room-sized, freestanding installations that were made of paintings, sculptures, objects, lights, mirrors and piped-in music. 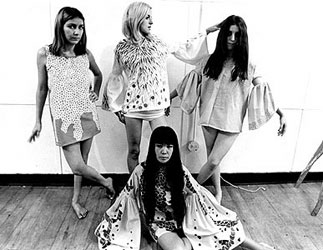 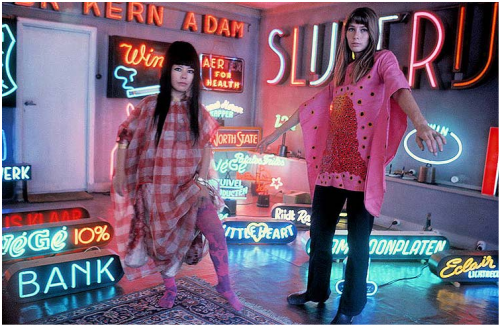 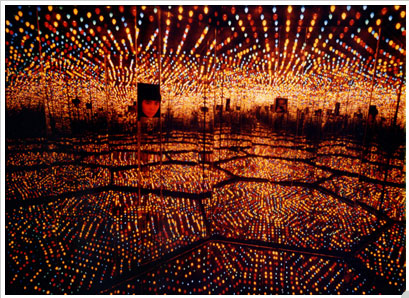 Despite an ever-growing public awareness and respect from her peers (she is largely considered Andy Warhol’s only true contemporary/rival), Kusama never made a financial profit from her work in the NYC. She returned to Japan in 1973 in ill-health, where she still lives to this day, by her own choice, in a Tokyo mental hospital that has a special emphasis in art therapy. Her art studio is located next door.

Now in her late seventies, Kusama still continues to push herself as an artist. Her most recent work in the last decade contains some of my favorite pieces and in my opinion, is her most personal and open work to date - Kusama is truly free at this point to explore it all, perhaps due to having artistically exposed her innermost psyches, fears and aspirations for so very long to the public. 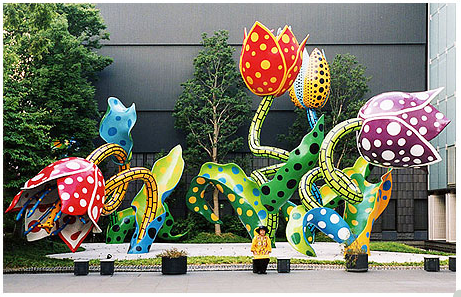 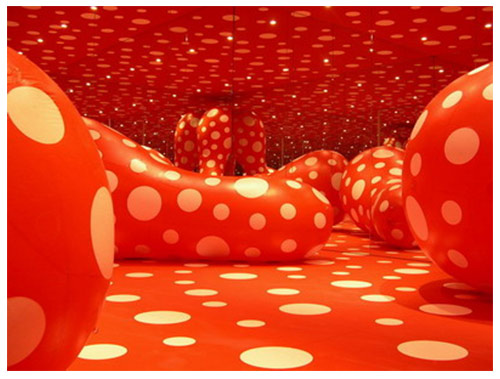 In what is definitely one of my favorite pieces, Kusama constructed a ladder of bright lights and wire leading to two, large circular mirrors placed directly above and below the ladder. 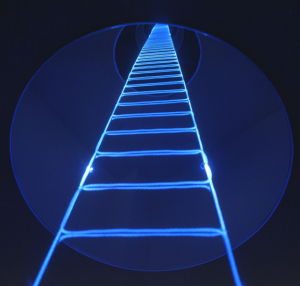 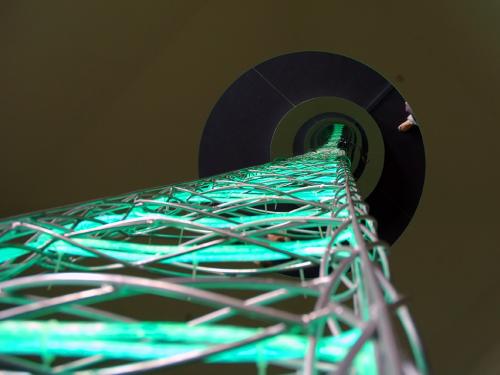 I’m thinking it was a culmination of understanding Kusama’s history and inner turmoil, her obsession with the circle and dot and the title of the piece: Ladder to Heaven. I’d like to think of it as her balance with the one object that has both plagued her and helped her survive. 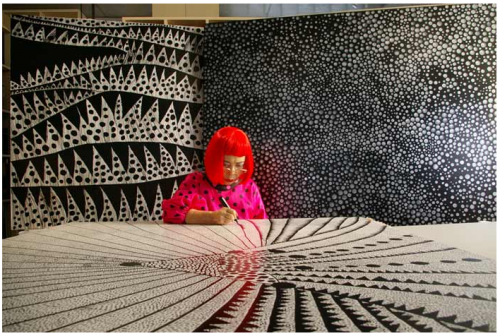 There’s a whole lot more to know about Yayoi Kusama. Check out this five-minute retrospective which goes into a little bit more detail:

You can just get lost in those textural pieces--I especially love the newer ones she's doing! And <i>Metamorphasis</i>, looks like it would be amazing to experience in person...

Wow I have never heard of this woman, shame on me! Thanks Bitch magazine! Kusama exemplifies all that is great and necessary about art as a force of healing, beauty, form, space, line, texture... awesome!

Thank you for introducing me to such a wonderful artist. As someone who suffers from mental illness it's great to see people who are living, and being successful, with theirs. It's so interesting to be able to actually see what is going on inside someones head, especially since it can be so hard to explain in words. I wish Kusama the best and I will definitely be doing further research into her life and work!

some of the best stuff I've ever seen.
http://hateonme.com

I hate to say I've only heard of her because of Le Tigre's song "Hot Topic" (although I bet I am not the only one!)

Her art is truly fantastic. I would love to see it in person, I bet photos cannot do it justice.