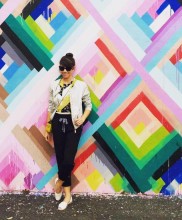 Alexandra Aceves (she/her) is a Latinx writer and editor originally from Mexico City and currently based in Brooklyn. She was the 2015 Honor winner of Lee & Low's New Visions Award for previously unpublished YA fiction writers whose work centers underrepresented minority characters; her debut novel is forthcoming from Lee & Low's Tu Books imprint. In a past life she was a professional ballerina; these days she gets paid to read YA.

Truth Hurts: Season 2 of “Fleabag” Is All about Fessing Up
Revenge of the Nerd: “Dawson’s Creek” and the Nice Guy Trope