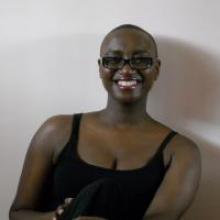 I missed the chill movement by about a decade, so the music plays in the art gallery of my mind. I've also dropped my politics, though some people consider me left-leaning. I'm also a frequent Tweeter, mostly news but you may catch me in conversation about something or another (or just flirting). Other than that, I'm just another Black woman trying to figure out this Life stuff.

I'm a huge documentary fan, so I've been watching The Weather Underground, The Corporation, Yoga, Inc., Rudyland, and Big Rig. (Thanks, Hulu!) I also watch FlashForward, mostly to snark about it with the rest of the Racialicious Roundtable. And I watch it for John Cho.

Late pass for me, but I'm catching up with Van Jones' The Green Collar Economy. I just finished Barbara Ehrenreich's Bright-Sided: How the Relentless Promotion of Positive Thinking Has Undermined America. I'm currently struggling with Dostoyevsky's The Brothers Karamazov and Richard Bernstein's The East, the West, and Sex.