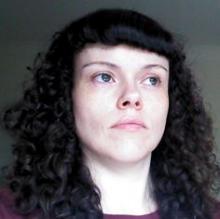 I started blogging about feminism in the often-toxic cultural context of the UK in 2008, and when Bitch gave me my Big Feminist Break by publishing one of my book reviews in 2009, I decided that writing and feminism were what I wanted to do full time. Since then I’ve been published by The Guardian, The Independent, Women’s Media Center, The Times Literary Supplement, The London Review of Books and the women’s history magazine Herstoria. I also freelance regularly for The Telegraph and the BBC. In 2012 I completed an internship for Ms. magazine where I regularly blogged for them and helped put the magazine together. Media sexism and the politics of sexuality are just some of the many issues I like to chew over in my writing.

At any given time it is probable I will have one of the following artists on rotation - Blossoms, Manic Street Preachers, Marvin Gaye, DJ Shadow, Michael Jackson, Neil Young, Tori Amos.

Parks and Rec, Absolutely Fabulous, The Office, Malcolm In The Middle, Peaky Blinders