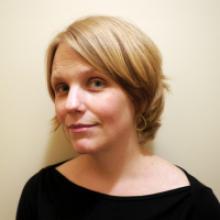 Tanya Erzen is the author of Fanpire: The Twilight Saga and the Women Who Love It (Beacon Press, 2012), Straight to Jesus: Sexual and Christian Conversions in the Ex-Gay Movement (University of California Press, 2006) and co-editor of Zero Tolerance: Quality of Life and the New Police Brutality in New York City (NYU Press, 2001). A professor of religion and women’s studies, she is currently the Catherine Gould Chism Scholar in the Department of Religion at the University of Puget Sound. She is working on a book about the role of religion in American prisons.

Thank God It's Over: An Elegy for Twilight