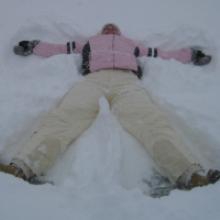 I was born in Cleveland, Ohio – home of the Rock & Roll Hall of Fame, formerly burning rivers and B-ballers who take their talents to South Beach. From third grade on, I was reared in a small township with two stoplights and a Dairy King instead of a Dairy Queen. In 2000, I moved to Washington, DC to continue my consulting career, bought a house, married and then thought, what else? For a long time, I have ignored the voice in my head telling me to “start writing dammit!” There are other voices in my head that I prefer to ignore – Shut up! I think opening another bottle of wine at 2:00 a.m. is a perfectly sound decision! – but the writing voice? It got louder.

I have published professionally in trade magazines, but yearned to write words other than “change management,” “paradigm shift,” or “wheelhouse.” Three years ago, I set out to do just that and will soon complete my first book of personal, humorous essays. Some of these essays and pop culture commentaries have been or will soon be published in anthologies and magazines. My model is David Sedaris. Though I don't flatter myself with a talent comparison, I DO often feel like a gay man trapped in a woman's body, so there's that.

Florence & the Machine, The Gossip, Robyn, Yeasayer, Crystal Castles, Kid Cudi, and so so so many others.

Current book: The Imperfectionists; on a weekly/monthly basis I like to read The New Yorker, The Believer, Vanity Fair and several newspapers (online).