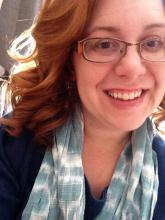 Jeanette Koncikowski is an educator, writer, activist, and mother from Buffalo, NY. Jeanette works primarily as an instructional designer developing child welfare and other human service training programs. Previously, she co-founded a consulting firm that provided social justice training for over 10,000 youth and adults in the greater Buffalo area. She has spoken nationally and internationally on issues of gender, violence against women, and women’s health. Jeanette’s writing has been published across various disciplines and formats: from her peer-reviewed scholarship on mothers working in child welfare to a feature on organic gardening with children in a holistic parents’ digital zine. Jeanette received her BA from the University at Buffalo and her Masters of Education from Harvard. She returned to UB in 2007 to complete the trauma counseling certificate program at the School of Social Work. In 2014, she became the first volunteer Community Leader for Change in Western New York with Breast Cancer Action. Jeanette joined BC Action to honor the life of her mother who died from the disease in 2012. She now focuses her activist work on environmental justice and community health education, especially on breast cancer and epilepsy (to honor the life of her partner who died from that disease in 2014). She is working hard at single parenting two resilient little girls and a Shih Tzu.

I Used to Walk for the Cure. Now I Work for Environmental Justice.