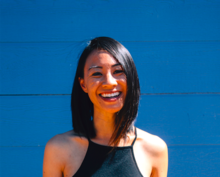 Kim Tran is a facilitator, writer and organizer whose work centers a simple concept, “be the person you needed when you were younger.” As a queer woman of color, the projects and initiatives she builds center her communities and their intersectional needs. In 2008, Kim was one of a handful of people who established the LGBTQ Youth Space, a therapeutic safe space for queer youth in the South Bay Area. In 2013, she became an Executive Publisher for Third Woman Press: Queer and Feminist of Color Publishing. In 2017, Kim was a core planner for Hai Ba Trung Organizing School for Organizing, a social justice incubator run by Viet Unity. In her consulting practice, she approaches organizational change from a practical, liberatory perspective. For over a decade, Kim has facilitated anti-oppression, trans inclusion and uprooting anti-Blackness trainings for a wide array of organizations including Stanford University, the United States Consulate and the Chan Zuckerberg Initiative. Kim holds a Ph.D in Ethnic Studies from UC Berkeley. Her writing has been featured in Vice, Teen Vogue, PRI, and Ms. Magazine. She is currently writing a book manuscript titled: The End of Allyship: A New Era of Solidarity.

Fighting for Home: Queer People of Color Are Leading the Battle against Gentrification