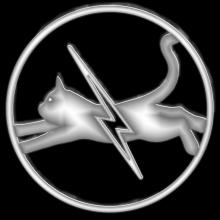 Lauren Jankowski, an openly aromantic asexual feminist activist and author from Illinois, has been an avid reader and a genre feminist for most of her life. She holds a B.A. in Women and Genders Studies from Beloit College. In 2015, she founded “Asexual Artists,” a Tumblr and WordPress site dedicated to highlighting the contributions of asexual identifying individuals to the arts.

She has been writing fiction since high school, when she noticed a lack of strong women in the popular genre books. When she’s not writing or researching, she enjoys reading (particularly anything relating to ancient myths) or playing with her pets. She participates in activism for asexual visibility and feminist causes. She enjoys speaking about genre feminism, a topic she is quite passionate about, and hopes to bring more strong heroines to literature, including badass asexual women.

Her debut novel was "Sere from the Green," the first volume in her ongoing fantasy series "The Shape Shifter Chronicles." The sequels, "Through Storm and Night," "From the Ashes," and "Haunted by the Keres" are also available. All books can be purchased through Amazon, CreateSpace, or Smashwords.