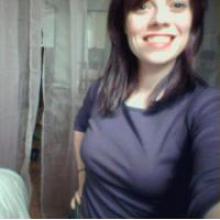 Michelle is a lawyer, writer, aspiring academic, and sometime theatre director, originally from Montréal. For awhile there, she lived in New York. These days she hails from Toronto. In addition to Bitch Blogs, her work has appeared online at The Awl and The American Prospect. In addition to maintaining a personal tumblr, What Will Suffice, she blogs at The Pursuit of Harpyness.