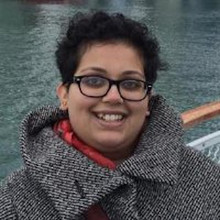 Born and raised in New Delhi, India, Nandini emigrated to Texas with her family in 2000. While attending New York University, she interned for New York One, BBC America, and the International Emmys. After graduating in 2014 with a degree in cinema studies, Nandini made an ill-advised move to Los Angeles to work in post-production. After ten years in various parts of the country, Nandini returned to Fort Worth, where she grew up, and currently works as a writing tutor to immigrant and refugee high school students in the public school system. Her chief interests are her dog Apollo, baked goods, television, American literature, mass transit, and leftism, not necessarily in that order.

Michael Abels’s extraordinary soundtrack for Us

A Season in Hell: Amazon’s New Series “Paatal Lok” Is a Cop Drama for Our Times
“Made in Heaven” Injects Feminism into India’s Big Wedding Industry