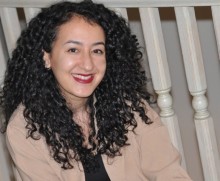 Tajja Isen is a Toronto-based writer and voice actor. She has written for a variety of publications including Electric Literature, Catapult, Bitch Media, and Shondaland, and is a contributing writer for Book Riot. As an actor, her voice has appeared on such cartoons as The Berenstain Bears, Atomic Betty, and The ZhuZhus, among others. You can find her on Twitter here: http://twitter.com/tajjaisen.

The Good Place; Jane the Virgin; The Mindy Project

When Faking It Is a Form of Self-Protection
Courtroom Fantasies: Legal Fiction Has An Atticus Finch Problem
Personal-Political Tension: “An American Marriage” Shows How Black Love Survives Injustice