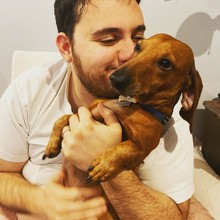 William Horn wasn’t a writer until several instructors at Sarah Lawrence informed him he should probably give up on pro sports. Running away to Los Angeles at 18, William dreamed of becoming many things including a film director, movie writer, stunt man, and mentally healthy. After bouncing between film schools, William finally gave up and went to College. A few years later he gave up a second time and went to Graduate School. His work is about life, loss, love, living, laughing…and of course the fact that he wasn’t always called William. His work has been featured in places like The Cut and Shark Reef Literary Magazine. He’s sure you’d be best friends if you met in real life.

the sands of time slipping softly through the hour glass

sections of my manuscript that fill me with dread