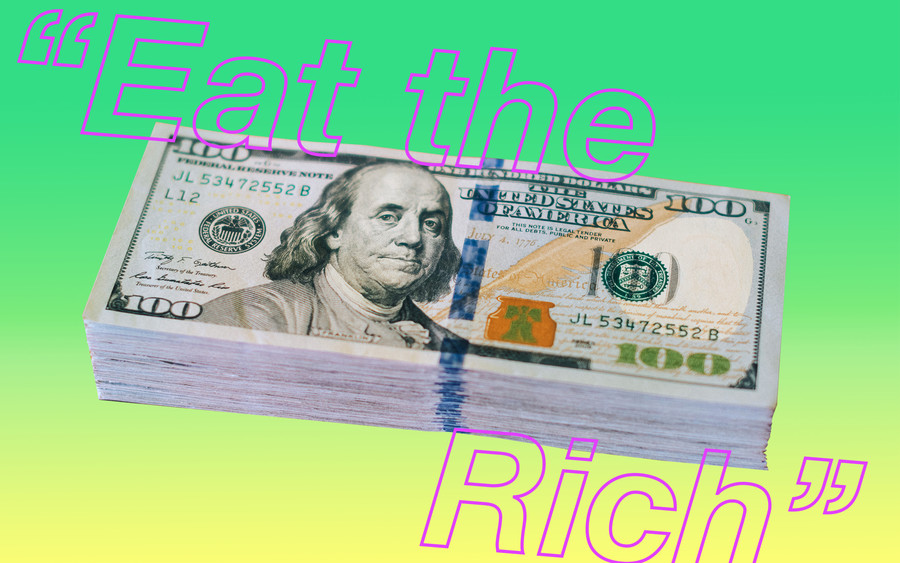 On May 1, 2015—May Day, otherwise known as International Workers’ Day—the #TalkPay hashtag began trending on Twitter, launching a “movement [that] pushes for pay equity, particularly for women.” Thousands of Twitter users shared their salaries in an attempt to open up an honest conversation about money, salaries, and pay inequity and challenge cultural norms that inhibit us from talking about it offline. On a regular basis, Refinery29’s “Money Diaries” traffic gets a boost due to the desire of Twitter users to dunk on various columnists as they share how they spend their money in a given week; Always controversial, the Money Diaries “sparked a range of critiques, including accusations of clickbait and misleading headlines” across Twitter.

But Twitter is the site of a wide range of money-focused discourse, including Socialism 101 book recommendations, memes about capitalism, tips on how to push for higher salaries or resolve disputes with landlords, and crowdsourced opinions about etiquette on splitting restaurant bills with more-moneyed friends. At a time when it’s impossible to ignore the growing gap between those with everything and those with nothing, money discussions are as inevitable on Twitter as they are anywhere else. But what happens when politicians hop in and try to steer the narrative? Following the February 19 Democratic primary debate in Las Vegas, Michael Bloomberg’s campaign dropped a piece of merch clearly meant to stir a nascent online base and, strangely enough, make capitalism “cool.”

The item, a daddish navy baseball cap, read, “Not a Socialist,” with the words “Bring on the Boss” embroidered on the back panel. Available for preorder at the time and priced at $17.76 (har har), the hats are no longer available; only a boring beanie free of clever capitalism commentary remains in the “hats” section of the Bloomberg site. The baseball cap was promoted in a now-deleted tweet on the Team Bloomberg Twitter account whose copy teased “We’ve got something in the shop for our CAPitalist friends.” Unsurprisingly, this tongue-in-cheek offering from the candidate who had, at the time of the Las Vegas debate (the only one he participated in), spent roughly millions on a last-minute entrance into the Democratic race, received aggressive pushback. Hyperallergic offered an eye-rolling assessment (“Bloomberg’s merch team is trying to rally his generally tepid-but-desperate voting base around a new idea: Not a Socialist. I mean, god fucking forbid, right?”), while GQ quipped, “The hat design is—and this is the technical fashion-critic term—bad. If you’re going to try and get in on the ever-raging Dad Cap trend, do it right.”

As a whole, the hat was an emblem of the Bloomberg campaign’s misunderstanding of social media language and trends, and its embarrassing inability to step into Twitter’s wealth discourse with authenticity. At best, the Team Bloomberg Twitter account was corny; at worst, it was a crass, slimy attempt to harness online discourse around wealth and class for the campaign of a billionaire and opportunistic Democrat. The choice to take a big swing for capitalism on an item associated with cool young people who lean into normcore/dadcore shows a major lack of relatability and a failure to understand the audience his team was seeking to cultivate. While the Bloomberg site’s marketing copy for the hat explained, citing 2019 Pew Research, that “Twice as many Americans have a positive impression of capitalism than socialism,” any Twitter user could have told them that, among the young voters any Democratic candidate needs, capitalism isn’t cool

As Tim Marcin explained in a February Mashable piece, “[T]he weird posts from Bloomberg have fallen flat on Twitter. It’s easy to understand why: A 77-year-old, vanilla billionaire who’s running for president is dabbling in the absurd stuff regular people do online to pass the time.” This was underscored a week or so later, when Team Bloomerg’s Twitter account posted a thread of photos showing vandalized Bloomberg campaign offices across the country. In one image, the building was spray-painted with the words “racist oligarch fuck Bloomberg.” In another, “corporate pig.” In a third, “eat the rich.” Each image was captioned by Team Bloomberg, “America deserves better.”

On a fluffier platform like Facebook where animal photos and multilevel-marketing schemes thrive, the captions might have made sense, but the tactic displayed a fundamental misunderstanding of Twitter’s base, for whom “eat the rich” doesn’t come across as a horrifying threat to Americans but as a rallying call that’s tweeted hourly. Bloomberg clearly wasn’t going to find the support he was looking for by introducing himself as a racist, billionaire former mayor with a corporate, not human, following on a platform known for its “silence, brand” memes that demonstrate users’ impatience with corporate messaging. Alongside both the hat and assorted desperate attempts at memes, Bloomberg’s campaign also sought to twist the role and power of political campaigns on Twitter.

We already have Donald Trump shifting the way that politicians are able—and expected—to use social media: Despite continual targeted threats to pundits, fellow politicians, and celebrities; along with vile tweets that literally call for violence and war, Twitter hasn’t banned the president’s account. (After Senator Kamala Harris called for Twitter to ban Trump, the platform responded, in part, “We want to make it clear…that the accounts of world leaders are not above our policies entirely…direct interactions with fellow public figures, comments on political issues of the day, or foreign policy saber-rattling on economic or military issues are generally not in violation.”) But the online presence of Bloomberg’s short-lived candidacy matters because of the precedent it sets.

According to The Guardian, the Bloomberg campaign sought to step into influencer marketing, working with social-media agency Tribe, to capitalize on the ability of influencers to make relatable, aesthetically pleasing content by offering payments of $150 to Instagram influencers willing to shill for the candidate. The Guardian reported that the team “specifies [that] influencers should ‘be honest, passionate and be yourself!,” adding that, “Tribe says it aims to collect ‘organic’ looking photos and videos that can be shared by Bloomberg’s team, but is not asking influencers to share the content themselves.” The campaign also, partnered with Instagram meme accounts that lean into sponsored content via the company Meme 2020.

Bloomberg set a dangerous precedent, creating yet another space where the wealthy can skirt social-media restrictions—and do so in a way that makes users who are Very Online cringe.

Taylor Lorenz, reporting on the ploy for the New York Times, quoted Bloomberg spokeswoman Sabrina Singh: “While a meme strategy may be new to presidential politics, we’re betting it will be an effective component to reach people where they are and compete with President Trump’s powerful digital operation.” Elsewhere, Bloomberg’s team focused on gaming the different political-ad requirements specified by Facebook and Twitter. While Twitter suspended 70 accounts for spam-posting the exact same pro-Bloomberg copy, Facebook, which allows sponsored campaign content in the form of memes, allowed Team Bloomberg to post an aggressively edited clip that forced a long pause into a video that made it appear to show Bloomberg winning an argument against other candidates.

In the Columbia Journalism Review, Mathew Ingram connected Bloomberg’s social-media manipulation to Trump’s, writing that Bloomberg was “testing the limits of what is permitted on various platforms, and so far they seem to be treating him very differently.” Instead of applying the existing wealth-and-class discourse on Twitter to challenge Trump’s use of money to manipulate what is and isn’t allowed on social media, Bloomberg collapsed these concepts, using money to manipulate what’s allowed on social media in an attempt to enter wealth and class discourse. Iit didn’t work; instead, he set a dangerous precedent, creating yet another space where the wealthy can skirt social-media restrictions—and do so in a way that makes users who are Very Online cringe.

Ultimately, it’s unsurprising that Bloomberg’s attempt to throw as much money as possible at social media ads and influencers didn’t work. In The Nation, Ken Klipperstein writes that “[an] employee who specialized in social media explained how their coworkers’ lack of enthusiasm resulted in lackluster engagement with social media audiences, which often led to tweets so perfunctory—many would just copy and paste campaign talking points—that their Twitter accounts would get mistakenly flagged as spam and suspended.” Not everyone can be the next Arby’s or Popeyes, and not everyone can step into the wealth and class discourse on Twitter and remain unscathed. In the case of Bloomberg, he still has his billions to curl up with at night, but candidates would do well to remember the role that their social-media presence—and urge to lazily manipulate users—have on their legacies, and their egos.

Read this Next: A Moderate Proposal 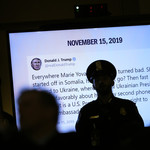 by s.e. smith
Moderation is an institutional problem, not a personal one.