The Transphobia is Out There | Bitch Media

The Transphobia is Out There 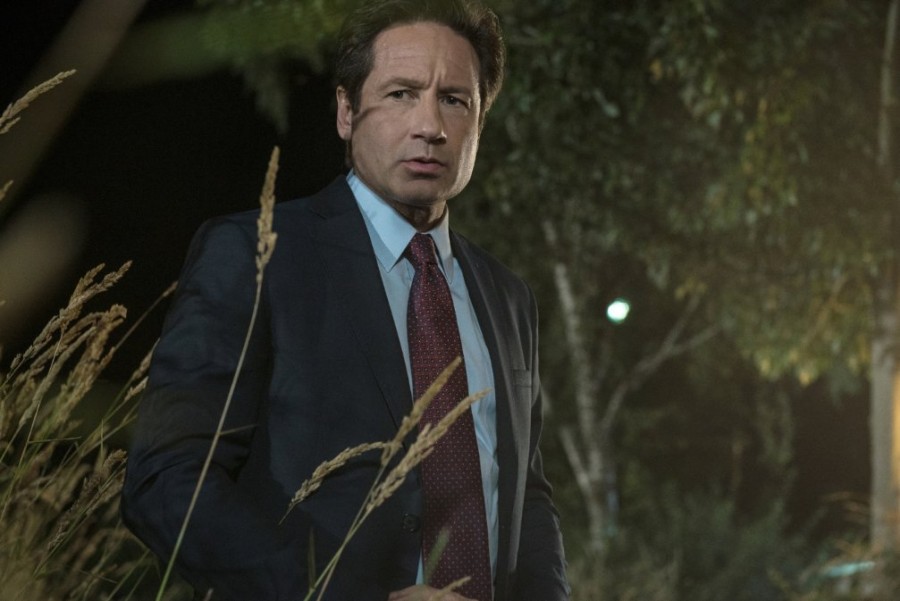 I’m really enjoying the X-Files reboot, to my pleasant surprise—it’s campy, it’s fun, it’s deliciously spooky, and it’s a constant send-up of itself. The latest episode, “Mulder and Scully Meet the Were-Monster,” was completely meta. The episode written by Darin Morgan and X-Files creator Chris Carter would have been delightful, except for a glaring problem: The transphobia.

The episode pokes fun at the classic “monster of the week” format that the original series wholeheartedly embraced: a mysterious lizardman is roaming around a small town, people are dying brutal, grisly deaths, and the dynamic duo is determined to get to the bottom of things. It’s absolutely littered with Easter eggs (spoilers!), and it makes for great fun… right until it comes to a screeching halt when a tall woman of color leans through the window of a car, promising the occupants a good time in a deep, sultry voice.

This character, Annabelle, is clearly intended to be seen as a transgender woman, though she was actually played by DJ “Shangela” Pierce, a gay drag queen who doesn’t identify as transgender. This further perpetuates the notion that trans women are just “men in dresses” and that transvestites are all transgender. The decision to make her a sex worker also reinforces a common stereotype about trans women. 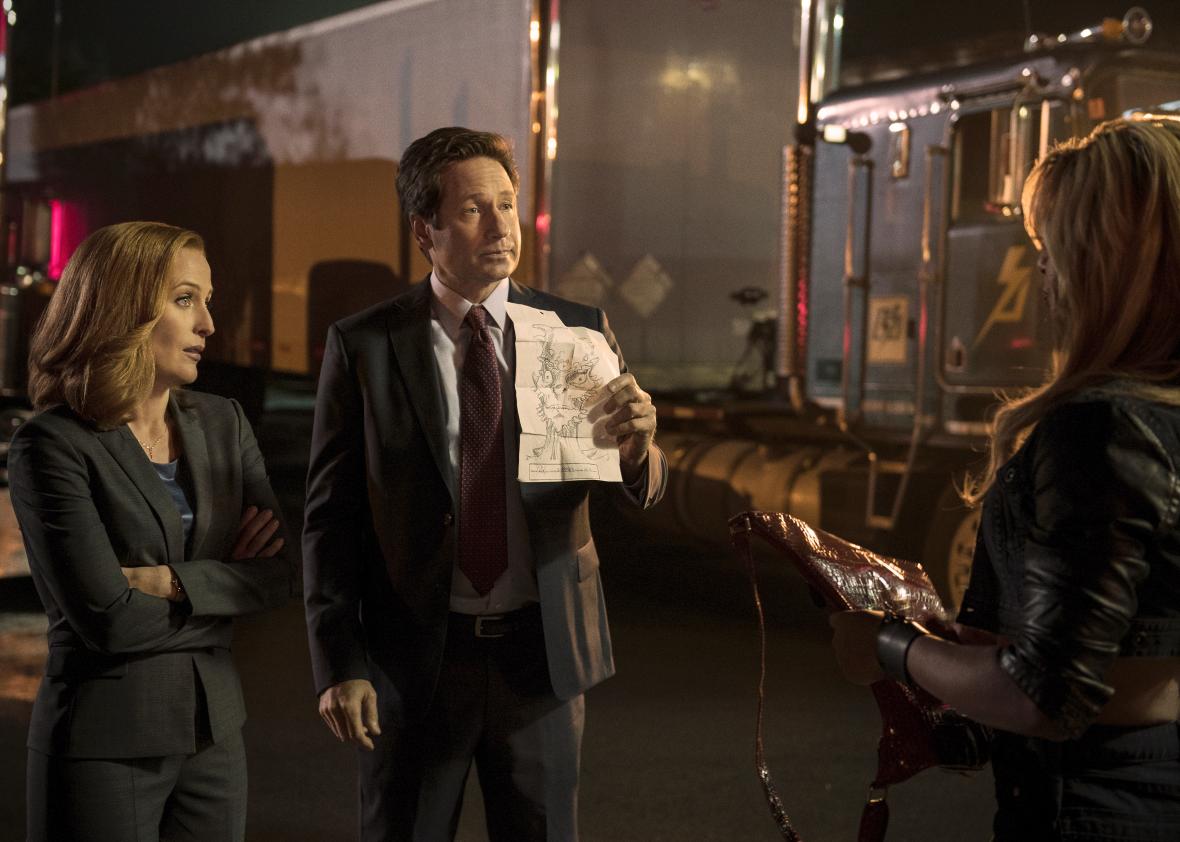 Trans characters are often sex workers, whether fetishistic, with other characters knowing they’re trans and enjoying the thought of taboo sex with a “tr*nny” or “she-male,” or stealth, in which case they run the risk of being punished via outing. In the real world, trans women—especially women of color—are sometimes forced into sex work as a result of poverty, discrimination, and other social pressures, and it puts them in extreme danger.

Annabelle claims the monster “wore tighty whities, like I used to,” baffling Mulder for a moment before she announces out of nowhere that she transitioned the year before. This isn’t the kind of thing most trans women casually bring up with people they’ve just met, nor do most openly tell law enforcement that they’ve just been smoking crack, as she does. Cue Mulder staggering around, making a series of misgendering comments.

This could have been a brief, albeit painful scene, but Annabelle comes up again when Mulder talks to the eponymous Were-Monster:

Mulder: That’s because she used to be… she once… she’s transgender.

Guy: What? You can’t transform into a different sex! That’s nuts!

Guy: Maybe that’s what I could do! It’s a cure! I’ll do the surgery!

Mulder: They cut off your genitals.

The conversation ticks a series of boxes—lurid fascination with The Surgery, followed by an emasculation joke about trans women. This kind of “he in the she” presentation of trans women is not at all uncommon—shown literally in the case of a 2008 Bones episode of the same name. CSI similarly objectifies trans women when they land on morgue tables. And an episode of the short-lived Backstrom featured yet another dead transgender woman.

It’s not a coincidence that all of these fictional cases revolve around transgender victims of violent crime. In a 2012 survey, GLAAD found that transgender characters were victims in 40 percent of appearances. Additionally, 20 percent were sex workers. These are the roles people associate with transgender people, especially women.

Being a victim isn’t the only negative representation of trans people on screen, though. Some auteurs, including beloveds like Lena Dunham and Amy Schumer, bring their transphobia to the table, too. An episode of Dunham’s Girls featured a throwaway joke about a “tr*nny,” while on Inside Amy Schumer, Schumer asked a series of invasive and intrusive questions about a trans woman’s genitals. She should have taken a lesson from Katie Couric, who got roundly slapped down when she quizzed Carmen Carrera and Laverne Cox about the contents of their underpants. South Park compared The Surgery to getting a “dolphinoplasty,” suggesting that being transgender boils down to hot-swappable genitals. Mike and Molly relished in referring to trans women as “she-males” on multiple occasions. Friends, of course, featured a gay man who wore drag and may have transitioned, though it was never made clear, and he was frequently the butt of trans jokes. Hot Pursuit recently brought transphobia to the big screen.

And all the way back in season one, The X-Files ran “Gender Bender,” another episode (rightly) accused of transphobia. Across ten seasons, it would appear that the team hasn’t learned their lesson. So much for the “trans tipping point.”

Thank you for this. I've been thinking about it all week because it's one aspect of the episode that I didn't feel qualified to take on when I wrote about it after it aired. These scenes rubbed me the wrong way, but I wasn't sure exactly what was wrong with them. This is helpful, and I'll be sure to share it as an addendum to my review of the episode.