"X-Men: Days of Future Past" Rewrites the Comic's Original Storyline to be More Male-Centric | Bitch Media

“X-Men: Days of Future Past” Rewrites the Comic's Original Storyline to be More Male-Centric 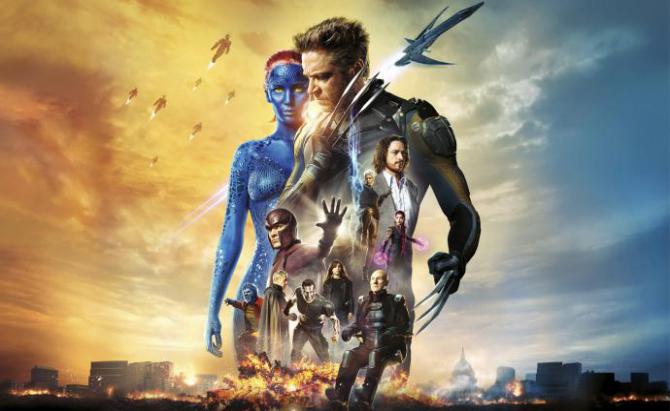 The X-Men series proves to be a franchise that, like its most iconic protagonist, regenerates. On the face of it, X-Men: Days of Future Past is one of the more enjoyable superhero movies of the last few years. Director Bryan Singer pulls together two sides of a series using a time travel cliché, yet somehow makes the plotline seem not just acceptable but actually fun.

In the “near future,” a Holocaust-esque extermination forces mutants underground and brings Professor X (Patrick Stewart/James McAvoy) and Magneto (Ian McKellen/Michael Fassbender) together as part of the resistance. They send Wolverine (Hugh Jackman) back to 1973 to get their past selves—one who’s given up hope and another who’s given up freedom—to find shape-shifting Mystique (Jennifer Lawrence) before her DNA can be used to engineer the weapons now used to target and kill all mutants. Like its 2011 predecessor, X-Men First Class, Days of Future Past thrives on kitsch. Wolverine wakes up in 1973 face-to-face with a lava lamp and his polyester shirt and bellbottom jeans crumpled in the corner (queue a 10-second shot of Wolverine’s butt that garners audible reaction from a crowded theater). References to bad acid trips, explanations of JFK’s assassination, and jokes about only having four television networks punctuate a script that centers on the Nixon presidency and booming defense industry of that time period.

But one 1970s relic permeates the story in an unintended way: the marginalization of women. Although Mystique is the catalyst for the story—and in being so is the female character with the most screen time running, fighting and emotionally combusting—Days of Future Past is still a boy’s club, more so than any other film in the franchise.

In the original comic book version of this story arc, it’s Kitty Pryde who went back in time to save the world. But in the film, the scriptwriters decided the story would have “more gravity” if Wolverine was the time-traveling hero instead, so Kitty Pryde (played by Ellen Page) uses her powers to send him on the journey. Power-absorbing heroine Rogue (Anna Paquin) was also cut almost entirely from the film—she reportedly had a somewhat substantial role in Days of Future Past, but all her scenes were cut during editing. Eventually, Rogue was added back as just a cameo. 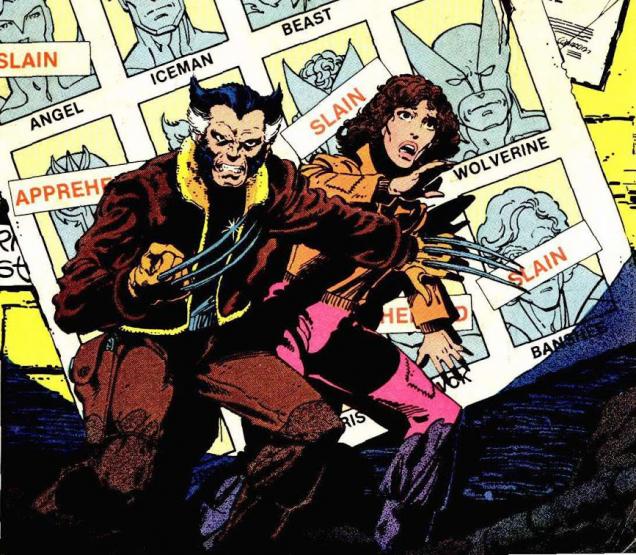 Storm and two other mutant women who are unnamed in the film also have small roles in the film’s near-future sequences and Mystique is the only female mutant in the past, but no female characters have a presence in both time periods. Meanwhile, the three main characters — Wolverine, Magneto and Professor X — appear in both places, and when they need help they go to two other men: young Hank McCoy (Nicholas Hoult) and Quicksilver (Evan Peters). Quicksilver is the most entertaining character in the whole film, but his equally powerful sister Scarlet Witch is too young to help out with the mission, confined to a small appearance as a little girl dressed up as a princess—even though the original character is supposed to be his twin.

As it is, the movie feels very male-heavy and many interesting female characters are sidelined to minor roles. However, Mystique’s character is great. The character has made strides since her original appearance in First Class as an insecure, image-obsessed woman.  This time around, Mystique is a tough woman who is loved by Magneto and Professor X but never treated as a prize to be won. She has a bold, self-confident attitude. After morphing from an American Hustle-glam disguise back to her natural blue, she says, “What’s the matter, baby? Don’t you think I look prettier like this?” Lawrence’s acting skills pack as much depth as possible into a character primarily seen kicking ass and taking identities—which is still more than what the rest of the cast brings to the table, despite best efforts on McAvoy and Fassbender’s parts.

But one woman does not a gender-balanced film make. In the film, Professor X asks his past self, “Please, we need you to hope again.” I feel the same way about the whole X-Men franchise.  Mystique’s role certainly provides an example of how female action hero characters can have the same depth as male heroes—the film could have used more heroines like her. As fun and entertaining as Days of Future Past is, it could have been so much more, especially for audiences looking for women to have a far larger stake in the story.

Kate Everson is a Chicago journalist who loves good books, good movies, superheroes, feminism and any combination of the four. 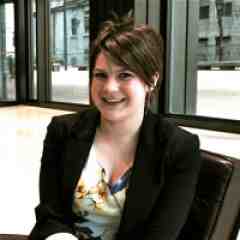